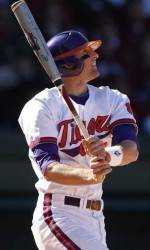 Luke Smierciak’s two-run homer in the eighth inning broke a 2-2 tie and Chris Sale struck out 10 batters in 8.0 innings pitched to lead Florida Gulf Coast to a 4-2 win over #25 Clemson in front of 4,017 fans at Doug Kingsmore Stadium on Saturday night. The Eagles, who took a 1-0 series lead, improved to 28-13, while the Tigers fell to 25-17.

The Eagles took a 2-0 lead in the top of the fourth on Tim Roberson’s two-run homer, then the Tigers scored a run in the bottom of the fourth and another run in the fifth to tie the score. Smierciak’s long ball in the eighth inning gave the Eagles the lead. Clemson had runners on second and third in the ninth inning, but the Tigers fell short.

Sale (7-0) earned the win by allowing just four hits, two runs, and two walks with 10 strikeouts in 8.0 innings pitched (127 pitches). Jack Wagoner pitched a scoreless ninth inning to record his eighth save of the season. The two Eagle hurlers stranded nine Tiger baserunners, including six in scoring position. They also did not allow a leadoff batter to reach base.

The Eagles took the game’s first lead in the top of the fourth inning. Mikel Alvarez led off with a single up the middle and Roberson followed with a two-run homer to center, his ninth long ball of the season.

Brad Miller cut Florida Gulf Coast’s lead in half in the bottom of the fourth inning when he lined a solo home run to right-center, his third homer of the season.

In the fifth inning, Will Lamb’s fielder’s choice. After Lamb stole second, Mike Freeman hit a two-out single to right field to plate Lamb and tie the score 2-2.

Florida Gulf Coast broke through with two runs in the eighth inning. Roberson led off with a double to right-center on an 0-2 pitch. Two batters later, Smierciak belted a 2-2 pitch over the fence in left field for a two-run homer, his eighth long ball of the season.

In the ninth inning, Wilson Boyd grounded a one-out single up the middle and pinch-hitter Chris Epps blooped a single to center. Lamb’s groundout moved Boyd to third and Epps to second, but Freeman grounded out to first to end the game.

Stephen Wickens, Alvarez, Roberson, and Smierciak had two hits apiece for Florida Gulf Coast, who had 12 hits in the game.

Freeman, who extended his hitting streak to 10 games, had a game-high two hits for Clemson, who had six hits and fell to 0-12 in its last 12 games decided by two runs or less.

Clemson and Florida Gulf Coast will play a doubleheader on Sunday starting at 1:00 PM. The second game on Sunday will start at 4:30 PM or 45 minutes following the conclusion of the first game on Sunday, whichever time is later in the day.