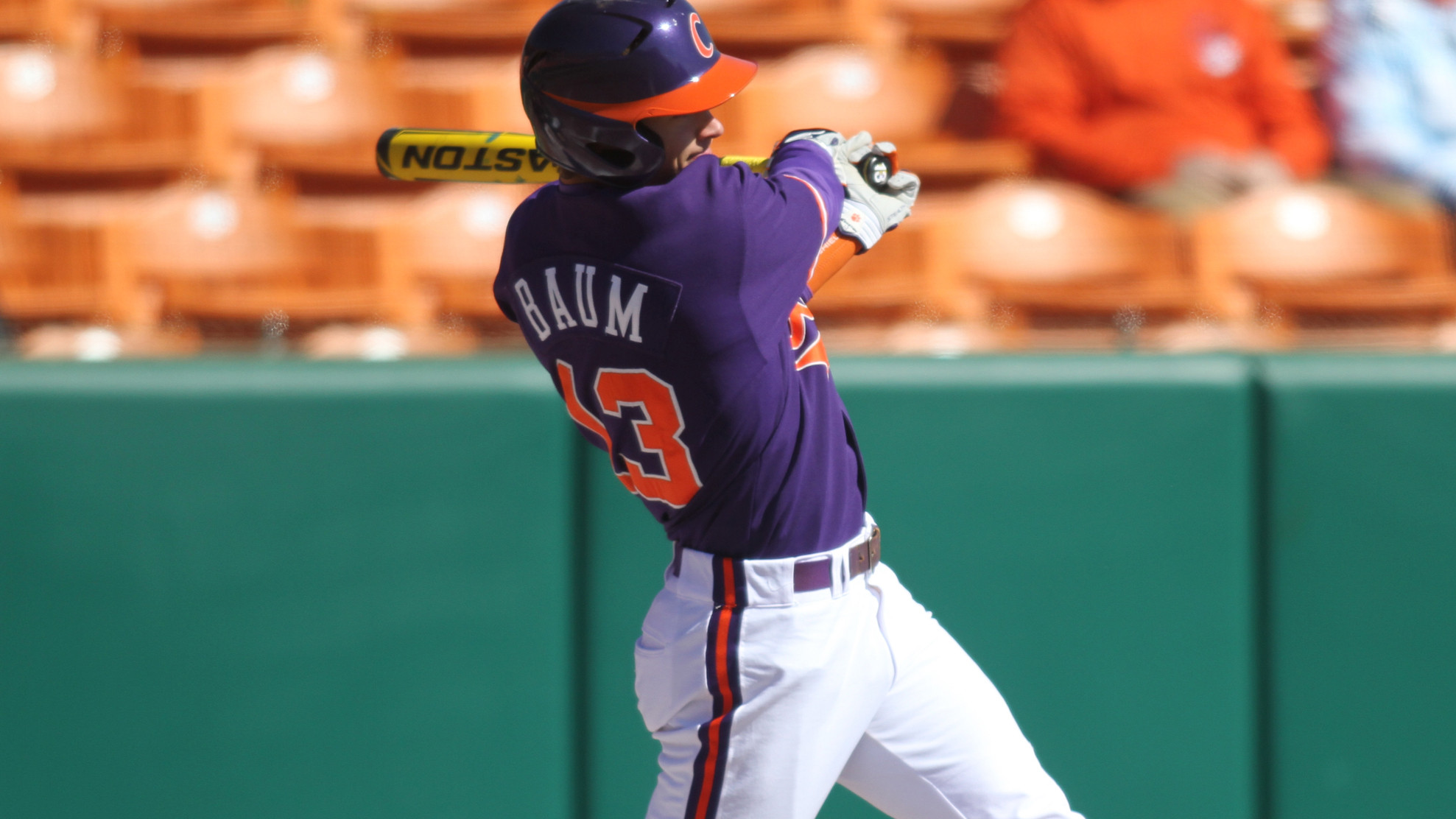 Senior lefthander Jimmy Reed struck out 11 and allowed only two runs on four hits in 8.0 innings pitched to lead Maryland to a 7-2 win over #14 Clemson at Doug Kingsmore Stadium on Saturday afternoon.  The Terrapins, who took a 1-0 lead in the series, improved to 28-21 overall and 9-16 in the ACC.  The Tigers dropped to 30-15 overall and 15-10 in ACC play.

Reed (6-3) threw 123 pitches to earn the win.  He gave up just two runs on a two-run homer and struck out 11.  Kevin Mooney pitched a perfect ninth inning to close out the game.

Tiger starter Daniel Gossett (7-3) suffered the loss, as he allowed five hits, four runs (one earned), and two walks with three strikeouts in 2.1 innings pitched in the shortest start of his career.

The Terrapins took the game’s first lead with three unearned runs in the second inning.  Kevin Martir led off with a double to left field and Kyle Convissar was hit-by-pitch.  After both runners moved up a base on a passed ball, Anthony Papio struck out looking.  Jack Cleary struck out as well, but he reached first and Martir scored on a wild pitch.  Convissar was retired at the plate on Blake Schmit’s bunt back to the mound and Jose Cuas drew a two-out walk to load the bases.  Charlie White laced a single through the right side to score Cleary, then Jordan Hagel walked on six pitches to score Schmit.

Convissar gave Maryland a 4-0 lead in the third inning when he hit a towering solo homer to left field, his first long ball of the season.

Hagel lined a solo homer to left field, his third home run of the season, in the top of the fourth inning.

Shane Kennedy put the Tigers on the scoreboard in the bottom of the fourth inning when he belted a two-run homer to center field, his third long ball of the season.  Steven Duggar, who led off with a walk, also scored on the home run.

In the sixth inning, LaMonte Wade, Jr. led off with a single down the right-field line, but was erased on Martir’s fielder’s choice.  Convissar singled to left field, then both runners moved up a base on Papio’s groundout to second.  Cleary then belted an 0-2 pitch to left field for a two-out double to score Martir and Convissar.

Jay Baum had a team-high two hits for the Tigers, who totaled only four hits in the contest.

Clemson and Maryland will play game-two of the three-game series on Sunday at 1:00 PM.  The two teams were scheduled to play a doubleheader on Saturday, but inclement weather allowed the two teams to play only one game on Saturday.