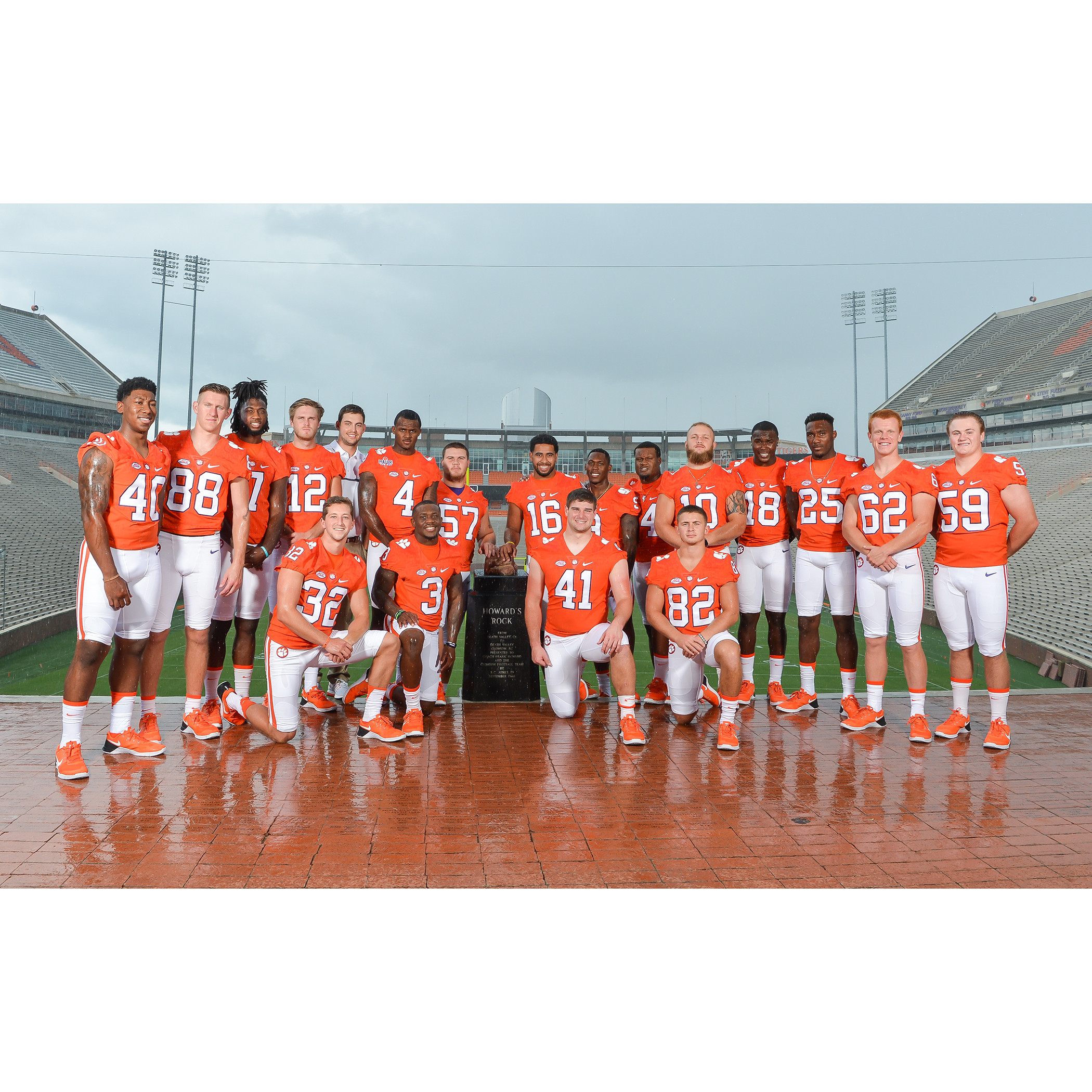 It seems every year I write about Clemson’s senior class in the final gameday program, when I talk about a record-setting, four-year period.

The streak continues today. And that is testimony to the recruiting ability and the winning culture head coach Dabo Swinney and his staff have established.

Clemson’s seniors were honored individually two weeks ago, but today is the final home game for 20 Tigers. Many have had record-setting careers, and some of those have established the marks in just three seasons.

Deshaun Watson became just the sixth player in ACC history with 10,000 career total yards and has established 43 Clemson records, but the one accomplishment he takes the biggest pride in is a 90.3-percent winning mark as a starting quarterback thanks to a 28-3 record. Those 28 victories include six over top-25 teams and four against top-10 teams. He can add to his legend with a third win over South Carolina today. Steve Fuller, Homer Jordan and Charlie Whitehurst are the only Tiger signal-callers to post three wins as a starting quarterback over Clemson’s top rival in the last 50 years.

Wayne Gallman became just the sixth Tiger in history to total 3,000 rushing yards in a career, and he did that in just three years as an active player.

Mike Williams and Artavis Scott are both in the top 10 in Tiger history in career receiving yards, and Scott is in the top 10 in ACC history in career receptions. Jordan Leggett will leave Clemson with almost every school record for a tight end. Jay Guillermo has been ACC Offensive Lineman-of-the-Week four times in his career, just one short of a record for a Tiger offensive lineman.

Defensively, Ben Boulware has gone over the 200-tackle mark for his career and has provided countless big plays against ranked teams. Jadar Johnson, Cordrea Tankersley and Carlos Watkins have also been important factors in Clemson finishing in the top 15 in scoring defense and total defense each of the last three years.

Last Saturday, Clemson won its 10th game of the season, giving the program six straight seasons with double-digit wins. Clemson is just the 11th different school in history to have at least six straight 10-win seasons. That has led to 45 wins over the last four years. A win today can tie the Tiger mark for a four-year period.

When it comes to season goals posted in the team room, this group has hit many of them multiple times. Today, this class can record a third straight win over rival South Carolina. It already has three final top-15 national rankings, three bowl wins and a trip to the national championship game. The program currently has a streak of 21 straight polls in the top five, the longest active streak in the nation.

Last Saturday’s victory at Wake Forest clinched a second straight ACC Atlantic Division title, and next week, the Tigers can win the ACC championship for a second straight year, something the program has not done since the 1986-88 teams of the Danny Ford era.

The best thing this group has done, however, is to set a great example for the young Tigers when it comes to continuing this Clemson culture that was established from the first day Swinney became interim head coach in 2008.

And that means I will probably write about other record-setting senior classes for years to come.