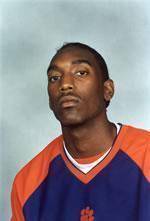 Mickey Sheats placed second among collegiate competitors in the triple jump with a mark of 46’1.25″. In the shot put, decathlete Brent Hobbs posted a mark of 41’5″, while Gilson led the Tigers in the discus throw with his mark of 163’4″. Danny Alge recorded a fifth-place finish in the discus, posting a mark of 155’8″. Alge was the top Tiger finisher in the hammer throw, placing fourth with a mark of 178’8″.

The Tiger track and field team returns to action on Saturday, Apr. 2 at the Georgia Tech Invitational.