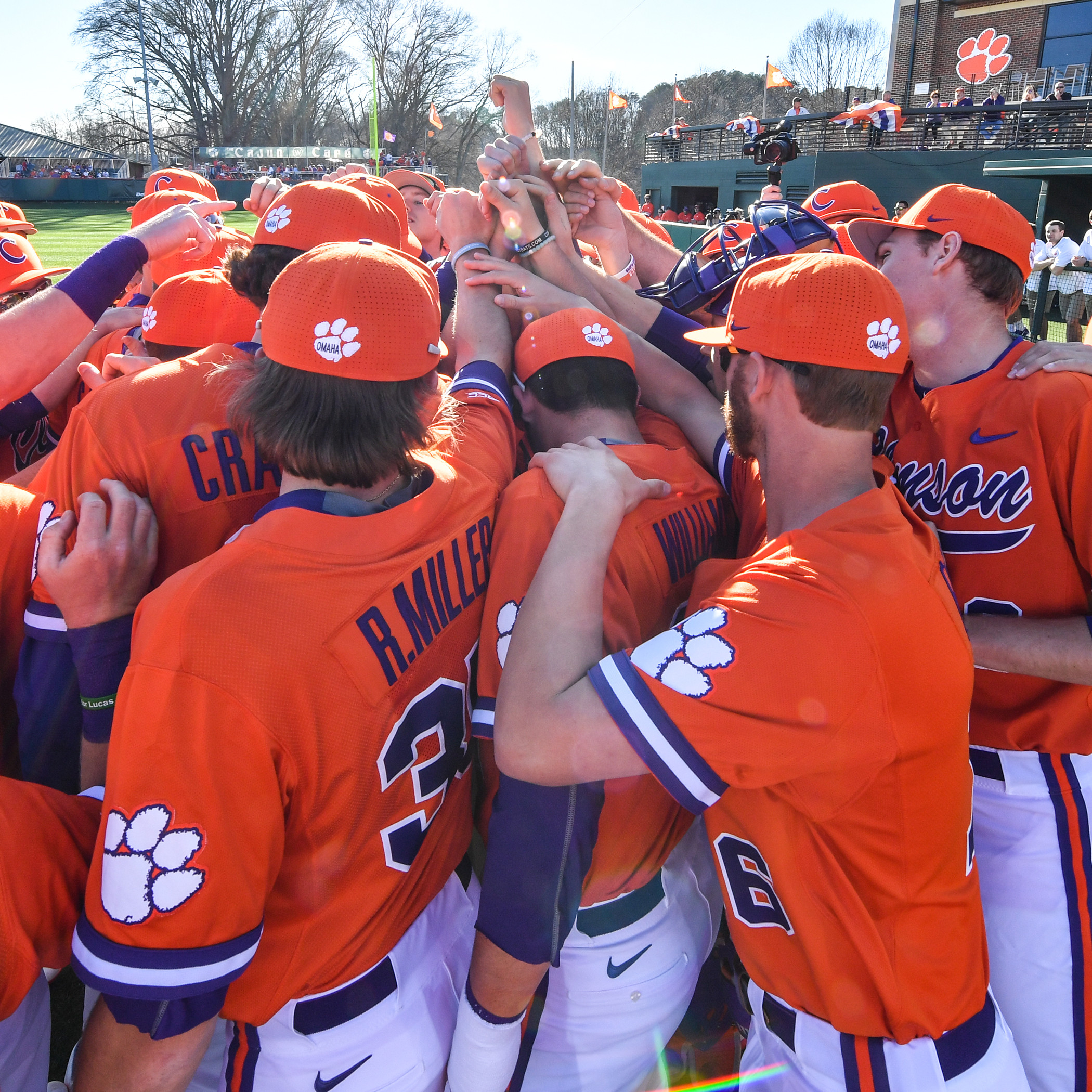 CLEMSON, S.C. – Gabe Snyder’s run-scoring double in the seventh inning broke a 3-3 tie and lifted Wright State to a 6-4 win over No. 10 Clemson at Doug Kingsmore Stadium on Friday afternoon. It was the season opener for both teams.

Clemson scored single runs in the second and third innings thanks to RBI singles by Grayson Byrd and Logan Davidson. JD Orr’s two-run double in the top of the fifth inning tied the score, then Davidson lofted a sacrifice fly to deep center to plate K.J. Bryant in the bottom of the fifth inning. But the Raiders responded with three runs in the seventh inning on a run-scoring single by Orr, Snyder’s RBI double and a passed ball.

Jason Foster picked up the win by tossing 0.2 scoreless innings in relief. Ryan Weiss pitched the final 2.1 innings to record the save. Wright State pitchers combined to allow 20 Tigers to reach base, but they only allowed four runs. Tyler Jackson suffered the loss, as he gave up two runs in 1.2 innings pitched in relief.

The series continues Saturday at 2 p.m., on ACC Network Extra. It is Baseball Bingo Day at Doug Kingsmore Stadium.