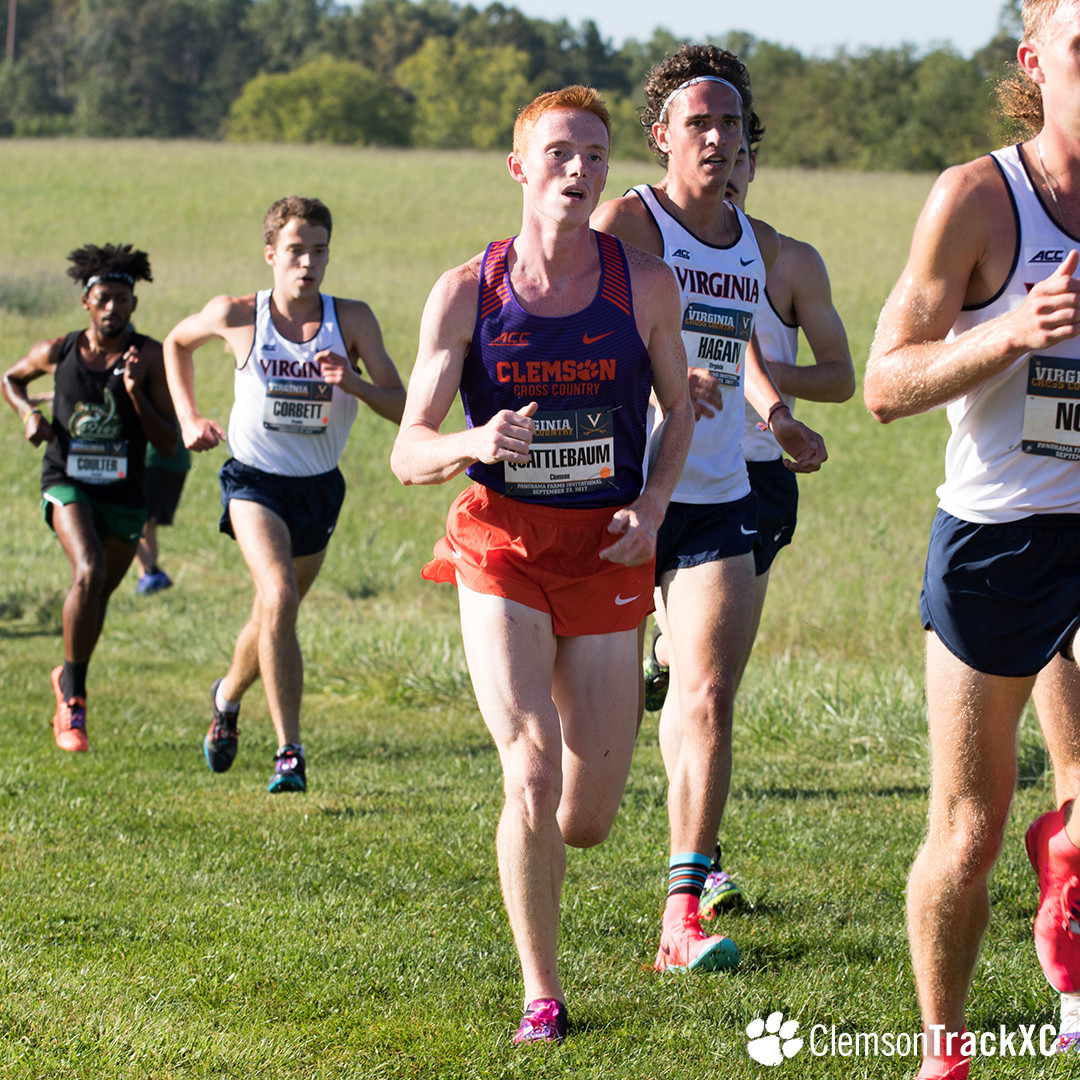 LOUISVILLE, Ky. – Clemson junior James Quattlebaum posted a top-10 finish for the Tigers’ men’s cross country team Friday at the 2017 ACC Cross Country Championship. The Greenville, S.C., native, who has paced the Tigers all season long, took home All-ACC honors after nabbing a 10th-place finish with a time of 23:43.2. The men placed 12th overall for the race, while the Clemson women placed 14th at E.P. ‘Tom’ Sawyer Park in Louisville, Ky.

“Since the first time James [Quattlebaum] joined the team, we knew this was the level he’s capable of performing,” said Clemson head track & field coach Mark Elliott. “James is a model student-athlete and cross country runner and to see him perform the way he did today was really something special.”

The women were led by fifth-year newcomer Marketa Marcanikova, who ran the 6K course in 21:43.0, which earned her a 55th-place finish. Marcanikova’s time of 21:43.0 is her best in a 6K race this season, besting her previous time of 21:49.9, which she set two weeks ago at E.P. ‘Tom’ Sawyer Park at Louisville’s Pre Nationals Meet.

“We are very pleased with Marketa [Marcanikova]. She ran a great race today and she was extremely tough. Today was the second time on this course that she ran her best time. She is a very talented athlete and given this is the first opportunity she’s been able to solely focus on cross country, the results certainly showed today,” said Elliott.

Up next, the Tigers will head to Earlysville, Va., for the NCAA Southeast Regional meet on Nov. 10.