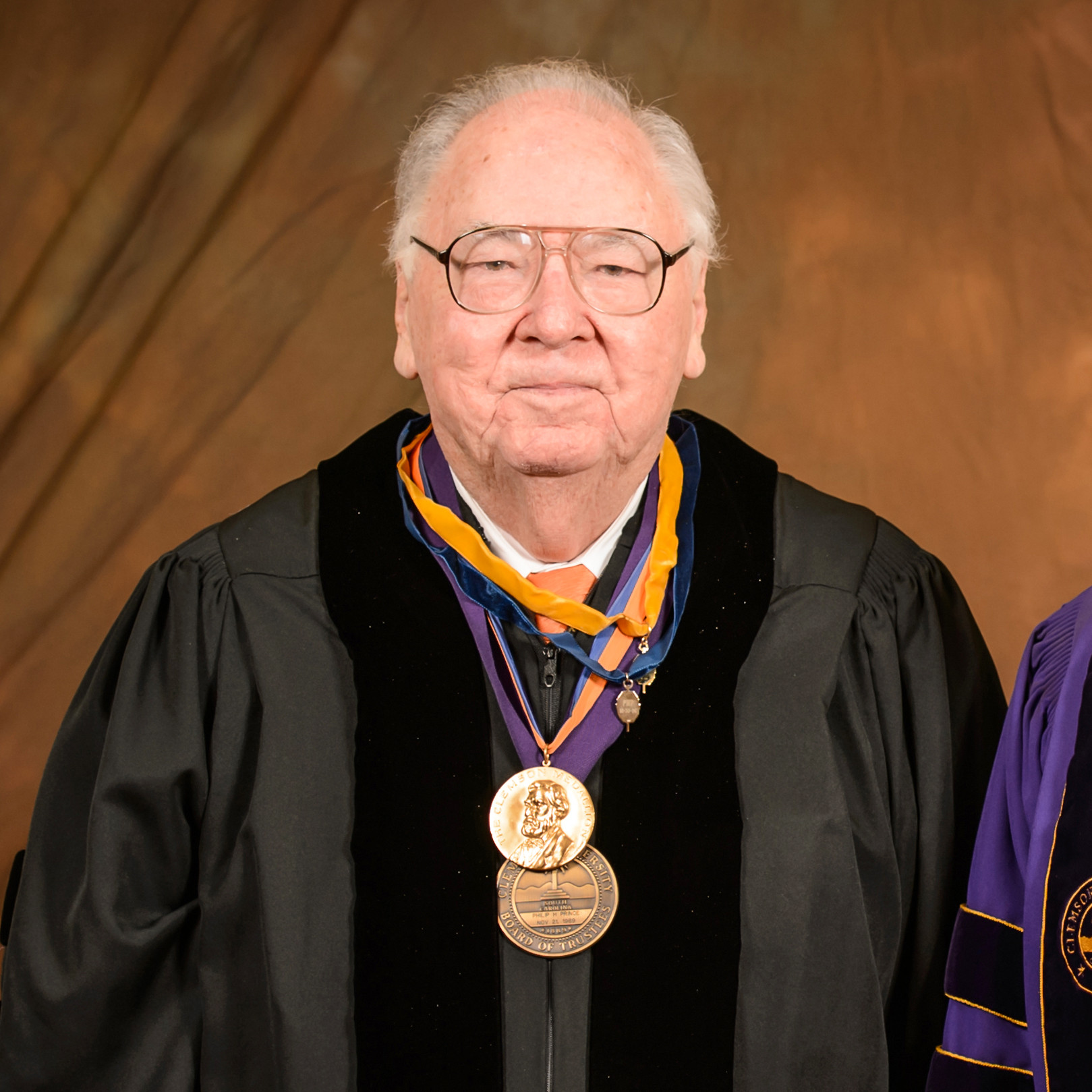 Clemson, S.C.–Phil Prince, former Clemson University President who had a distinguished career in business and as a Clemson student-athlete, has been named the recipient of the Clemson Distinguished Athletes Award.  Prince will receive the honor at the Clemson vs. Boston College game on October 17.

Margaret Bond, and her late husband, former Clemson golfer Steve Bond, established this perpetual award to honor Clemson athletes who have shown great character and become outstanding citizens in their life after Clemson. This award comes in the form of a customized gold ring, which is presented at a football game. Also, the recipient’s name is on permanent display on a plaque in Vickery Hall.

Being an athlete, Steve knew he wanted to give back because Clemson taught him so much and created opportunities for him later in life he would otherwise not have. Before his death from lung cancer in August of 2013, the Bonds worked to create this award along with the ring design. Margaret fulfilled their passion by presenting the first award at the NC State football game in November of 2013.

” I am very proud to name Phil Prince as the 2015 recipient of the Clemson Distinguished Athletes Award,” said Margaret Bond.  “His exemplary character and giving nature to his family, community, and Clemson, make him the perfect choice. I know my late husband, Steve, would totally agree with my decision.  Phil embodies the exact qualities we set out to recognize and honor with this award.”

Prince certainly fits the meaning of the award.  He was a four-year letterman for the Clemson football team in the years 1944, 1946-48. His time at Clemson was interrupted by his service in the US Army from 1944-45.  He served as co-captain of the 1948 team that finished with an 11-0 record and number-11 ranking in the final AP poll.   That team defeated Missouri in the Gator Bowl, 24-23 to clinch Clemson’s first perfect season since 1900.

As a starting lineman, Prince provided one of the most important plays of that season when he blocked a South Carolina punt that was returned for a touchdown by teammate Oscar Thompson.  It was the key play in Clemson’s 13-7 victory that allowed the Tigers to continue an undefeated season.

Prince, who was also president of the 1949 Clemson Senior Class, attended Columbia University and Kings College prior to additional service in the Army in 1950-51.

He began his career working for the Milliken Company in various management and executive positions between 1951 and 1967, and then served as vice president.

In 1978, Prince became Senior Vice President of American Express Company.  In 1983 he accepted a similar position with Synco Property, Inc. in Charlotte, N.C. until his retirement in 1985.

With the resignation of Clemson President Max Lennon in February of 1994, The Board of Trustees chose Prince to serve as Acting President.  He served 11 months and was named President by the Board on September 30, 1994.

Prince was recognized for his leadership and life long commitment to Clemson with an honorary Doctor of Humanities degree from Clemson in May of 1995.

Each year five faculty members are presented with the Phil Prince Award for Innovation in Teaching at the Victor Hurst Convocation.