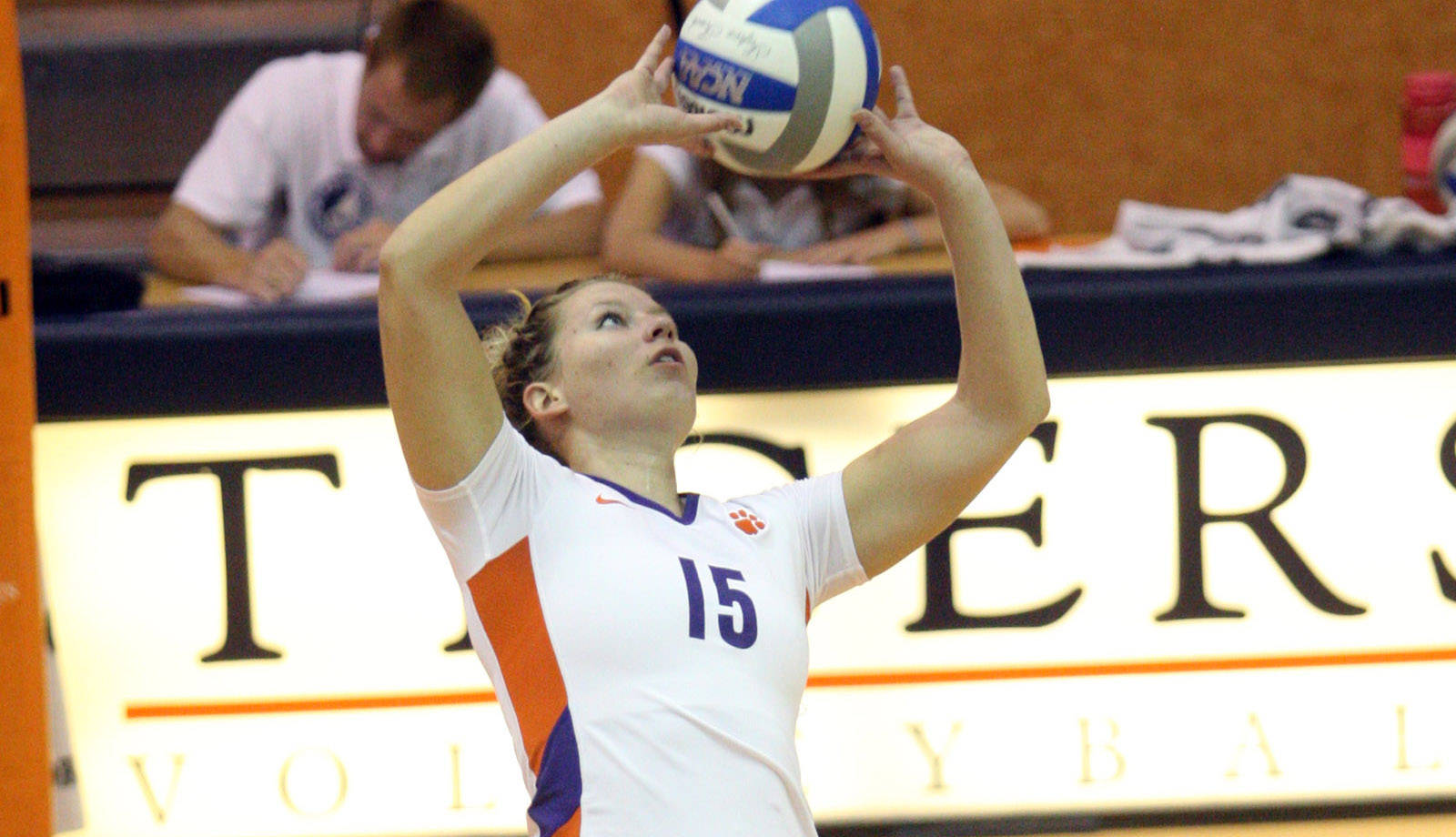 Clemson will travel next to play Maryland in College Park on Sunday. The Terps defeated Georgia Tech on Friday night in five sets.

Hannah Brenner had 41 assists in the three-setter, and also posted 11 digs for her sixth double-double of the season and 28th of her career. Simmons and Natalie Patzin had a match-high 15 digs in the match as well.

Patzin moved alone into fourth place on Clemson’s all-time list, as she passed current assistant coach Jodi Steffes Welp’s career mark of 1,309 that she set from 1998-2001. Patzin finished today’s match with 1,320 digs for her career.

The Tigers used an 8-2 run early in the first set to take a 13-9 lead and force a Boston College timeout. Clemson was firing on all cylinders offensively, as Brenner spread the ball around with efficiency. The Tigers led by as many as seven at 19-12 before BC cut it to four with a run of their own. Clemson stayed hot offensively, with Brenner finding Simmons for a pair of kills and Rand and Adeleye for a kill each to close out the set, 25-18.

In the second set, Clemson used a 7-1 run to take an 8-4 lead again behind Yaz and Adeleye. The Tigers stretched it to five at 14-9 to force a BC timeout. From there on, Clemson outscored the Eagles, 11-3, including the final eight points, to take a 2-0 lead into the locker room. Clemson hit a scorching .405 with 16 kills and just one error in 37 attempts.

In the third set, Boston College took control early, forcing Jolene Jordan Hoover to use her second timeout after the Eagles took a 14-7 lead. The Tigers made a comeback, but BC against stretched the lead to six at 20-14. Simmons then claimed a kill off a defender’s hands, and then combined with Alexa Rand for back-to-back blocks to get Clemson within three, forcing BC to use a timeout.

Yaz then tallied a kill, and Brenner had a solo block to pull within one. Clemson tied it on an BC attack error, before the eagles finally snapped the skid with a kill. Yaz answered with one of her own, and then the Eagles went back to the middle for another. Faust and Rand then combined on another block, and Brenner found Simmons, Adeleye, and Yaz, in that order, for kills to close the match on an 11-2 run.