With an up and down 2021 season to date, safety Nolan Turner is focused on how the team finishes. Although he was not highly recruited out of Vestavia Hills (Ala.) High School, Turner has proven to be an instrumental element of the Tiger defense and hopes to spend his final games of his last year at Clemson leaving a legacy.

A part of that legacy includes honoring his late father, Kevin Turner, who was a teammate of Head Coach Dabo Swinney at Alabama. The younger Turner arrived at Clemson the same year as his father’s passing and chose to wear #24 to commemorate his father.

“My dad wore #24 in college when he played, so I’ve always worn #24, just because of him. It has always been very special and meaningful to me.”

Playing under his father’s former teammate has also been a great way to celebrate his memory. Turner cited being coached by Swinney and Defensive Coordinator Brent Venables as one of the best parts of playing for this team during the last six seasons.

“It’s truly been a blessing to me. Coach ‘V’ has made me such a better player and better person by how he leads. His mindset as a competitor is one of always being ready. There is never a day that goes by that he wastes. That’s the best mindset to have, not just in life, but also when it comes to football.

“And as far as Coach Swinney, he’s such a great mentor. He is a good role model to have on how to run a program, how to run a company…anything. You can take his formula and use it in all different phases of your life, whether you’re playing football or in the workforce, because what he does works. Coach Swinney and Coach Venables are two really special people to have in my life on a day-to-day basis to hold me accountable and to keep me on path.”

Turner also credited the exhilarating memories he has playing safety as another factor in his unforgettable journey. His tenure has been full of remarkable memories, including catching the game-winning interception in the Fiesta Bowl against Ohio State during the 2019 season, gaining the status of All-American in 2020 and earning the Leather Helmet Award in the 2021 win over Boston College. However, winning the 2018 national championship is his favorite memory during his Tiger career.

“That 2018 national championship was a lot of fun and super special. That feeling in the fourth quarter when the clock hit zero and we won…that was one of those feelings that you’ll never forget. It was special to be a part of, almost the same way as in 2016, but I didn’t really play that year, so it didn’t mean as much to me personally. That 2018 game against Alabama was a next-level feeling.”

Immediately following the 2018 national championship win, the Alabama native vividly recalled his feelings about going into the next season, thinking of the pressure the Tigers faced trying to top their perfect campaign. After hitting the peak of college football with a 15-0 record to win a national title, Turner remembered asking himself how they would have a better season. What more was there to accomplish?

“I remember talking to Trevor (Lawrence) after that game. We had just returned to Clemson, and he said, ‘The hardest part about it is we have to start over and do it all again.’ We have to have that mindset of completely starting over and trying to accomplish everything you have before.

Since then, Turner was chosen as a 2020 team captain, was the 2020 team leader in interceptions and entered the 2021 season with 190 career tackles. With his experience and accomplishments, he chose to step up as a leader on the 2021 team and shifted his mindset to building trust and accountability with his teammates. He credited the great leaders he has seen and tries to emulate their successful practices.

“Leadership comes with trust and experience, but you don’t have to be an older guy to be a leader. When you’re trusted by others, you develop yourself into a leadership role. And I think that’s what I’ve done during my time here.

“You have to hold yourself to that standard all the time. Coming in with that working mindset every day is really tough and it’s hard to be consistent, but it’s something you have to do if you know you want others to follow.”

Since coming to Clemson in 2016, his journey has been unbelievable and watching the transformation of this program has been “crazy.” As his last season comes to a close at Clemson, Turner hopes to continue to play football for as long as he can and follow in his father’s footsteps by playing in the NFL. 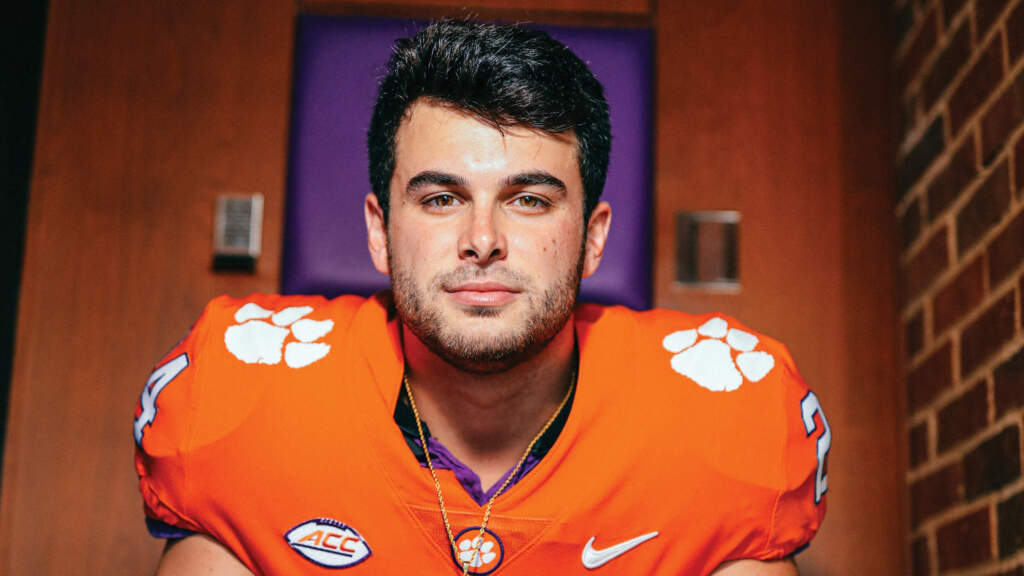