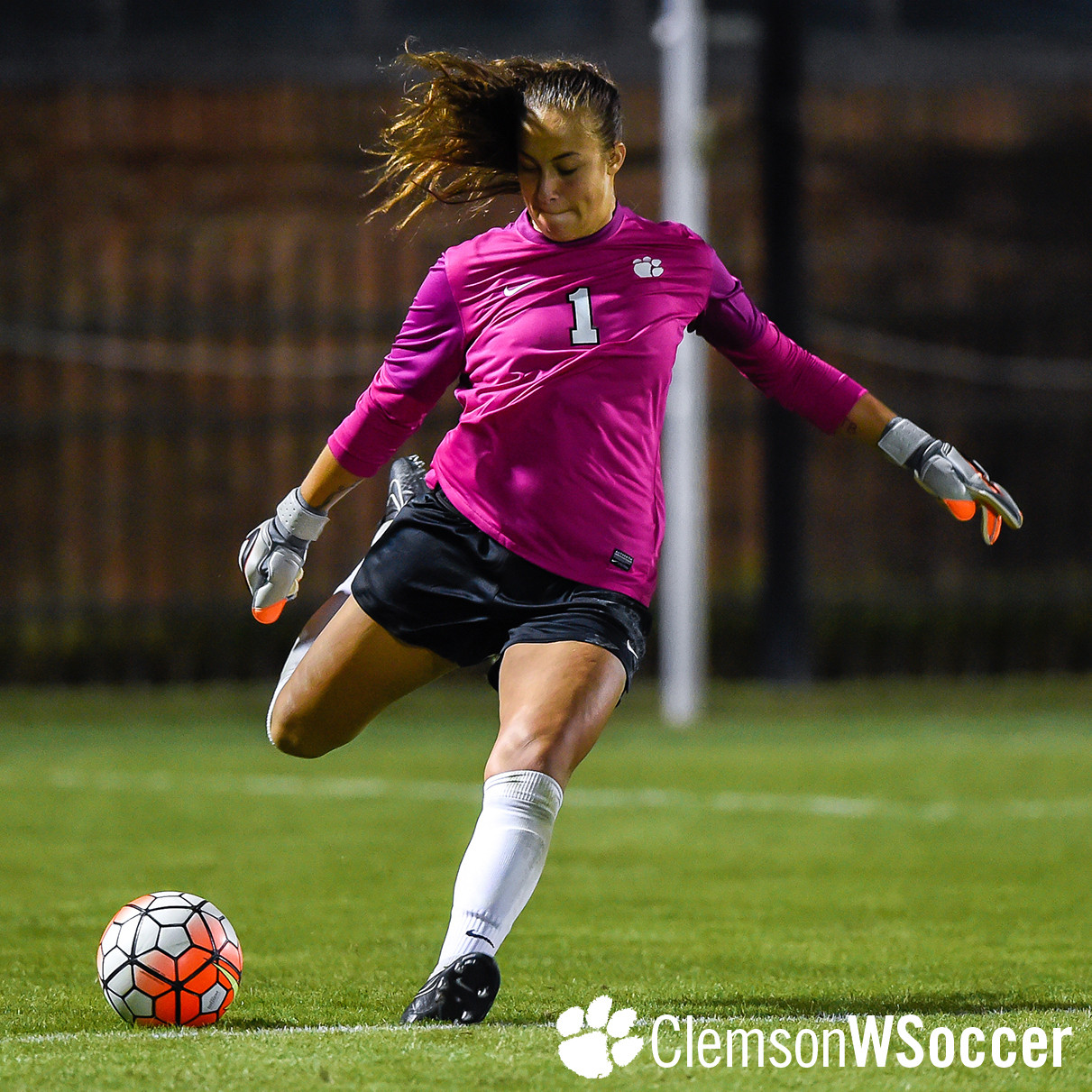 MORGANTOWN, W.Va. – In a matchup of two top-10 teams, the eighth-ranked Clemson women’s soccer team dropped a 1-0 decision to seventh-ranked West Virginia on Friday night in Morgantown, W.Va. With the loss, the Tigers drop to 2-1 on the season, while the Mountaineers improve to 2-0-1.

West Virginia maintained control on offense for the majority of the first half, but five first-half saves by senior Kailen Sheridan kept the Mountaineers of the scoreboard. Amandine Pierre-Louis gave West Virginia a 1-0 lead in the 57th minute, which it would not relinquish. Sam Staab had perhaps the Tigers’ best chance of the match in the 77th minute, but her shot hit the cross bar and went out. In the final minutes of the match, junior Shannon Horgan took a shot that was saved, and the Tigers earned a corner kick, but were not able to capitalize.

For the match, the Mountaineers had an 18-6 advantage in shots, however corner kicks were 5-2 in favor of the Tigers. Sheridan finished the match with seven saves in her first start of the season, after returning from Rio for the Olympics where she won a bronze medal as an alternate for Canada’s women’s national team.

The Tigers return to action on Sunday, Aug. 28 when they host Elon at 2 p.m. at Historic Riggs Field. Admission is free for all regular season home women’s soccer matches.

Eddie Radwanski Quotes:“I was very proud of our effort tonight, playing a good team like West Virginia on their home field. The kids competed and battled valiantly down to the end, and will be better for this experience. The goal West Virginia scored was outstanding, tip your hat to them for that. At the end of the day, West Virginia was the better team tonight.

“We had five or six chances around the goal, but the quality was not where it needed to be. I was pleased that we put pressure on at the end of the match. We’ll learn from this tonight, but tomorrow, we’ll recover and get ready to regroup on Sunday.”