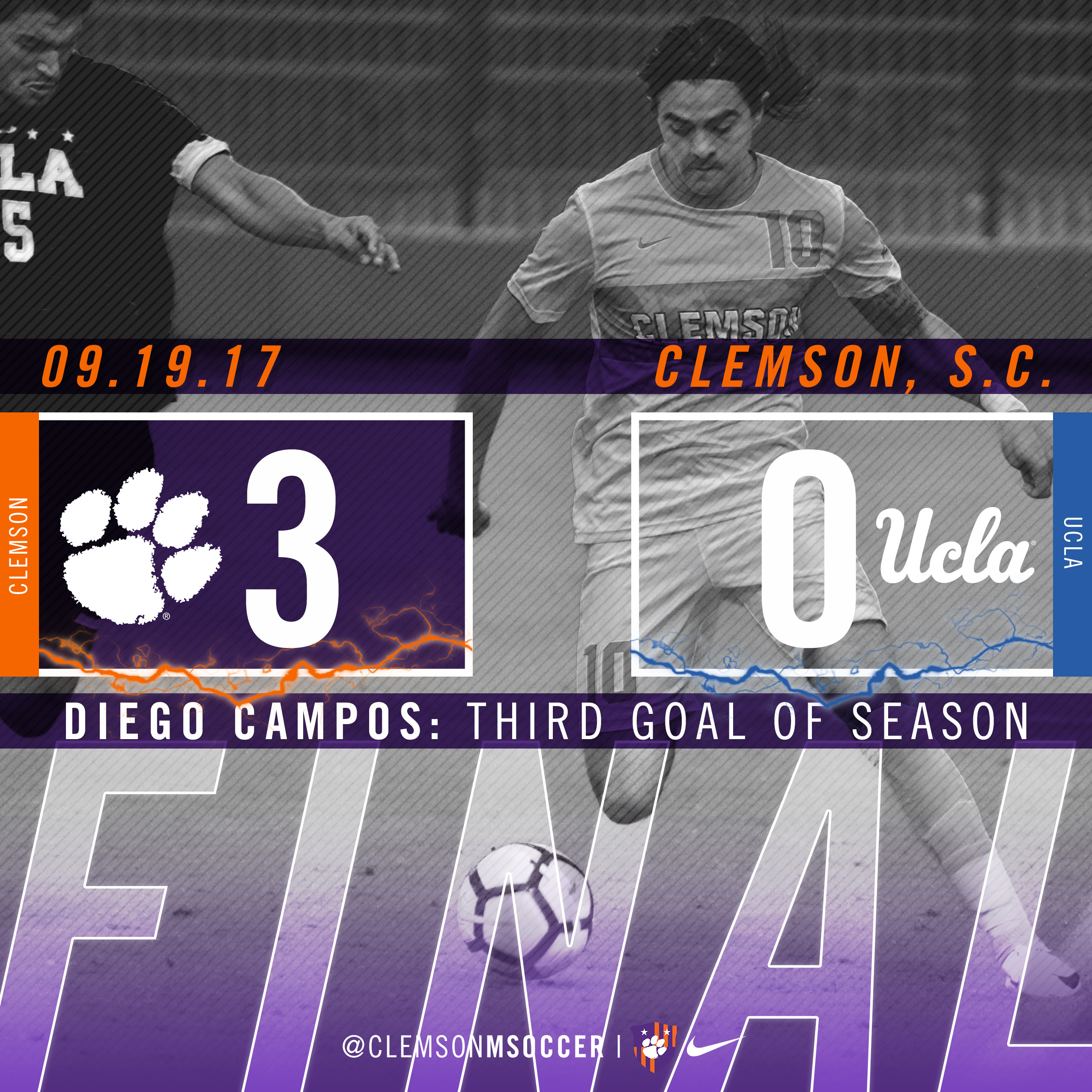 CLEMSON, S.C. – Diego Campos’ penalty kick goal in the third minute gave the No. 8 Clemson Tigers a lead that they never relinquished, as they took down UCLA 3-0 on Tuesday night in the Bruins’ second trip ever to Historic Riggs Field. With the win, Clemson improved to 6-1-0 on the season, while UCLA dropped to 2-3-0.

The Tigers took an early lead on Campos’ third goal of the year, a penalty kick earned in the third minute after sophomore Harrison Kurtz as brought down in the box. Clemson took that 1-0 lead into the break.

Junior defender Patrick Bunk-Andersen doubled the Tigers’ lead in the 59th minute, heading in his second goal of the year off of a Campos free kick. The Clemson offensive attack continued in the 81st minute, as freshman Kimarni Smith also netted his third goal of the year to put the Tigers up 3-0. Smith found the back of the net from three yards out and was assisted by senior Grayson Raynor, who crossed in from the right side of the box after taking the ball coast to coast.

“I’m just very proud of the team,” head coach Mike Noonan said. “They did a good job…started really well, getting the penalty and then getting the lead. I think that there’s a lot that we can continue to improve on, but we’re heading in the right trajectory as far as the team goes. That’s a great win against a talented UCLA team.”

Clemson returns to action in a conference matchup with Pittsburgh on Friday at 7 p.m. at Historic Riggs Field.