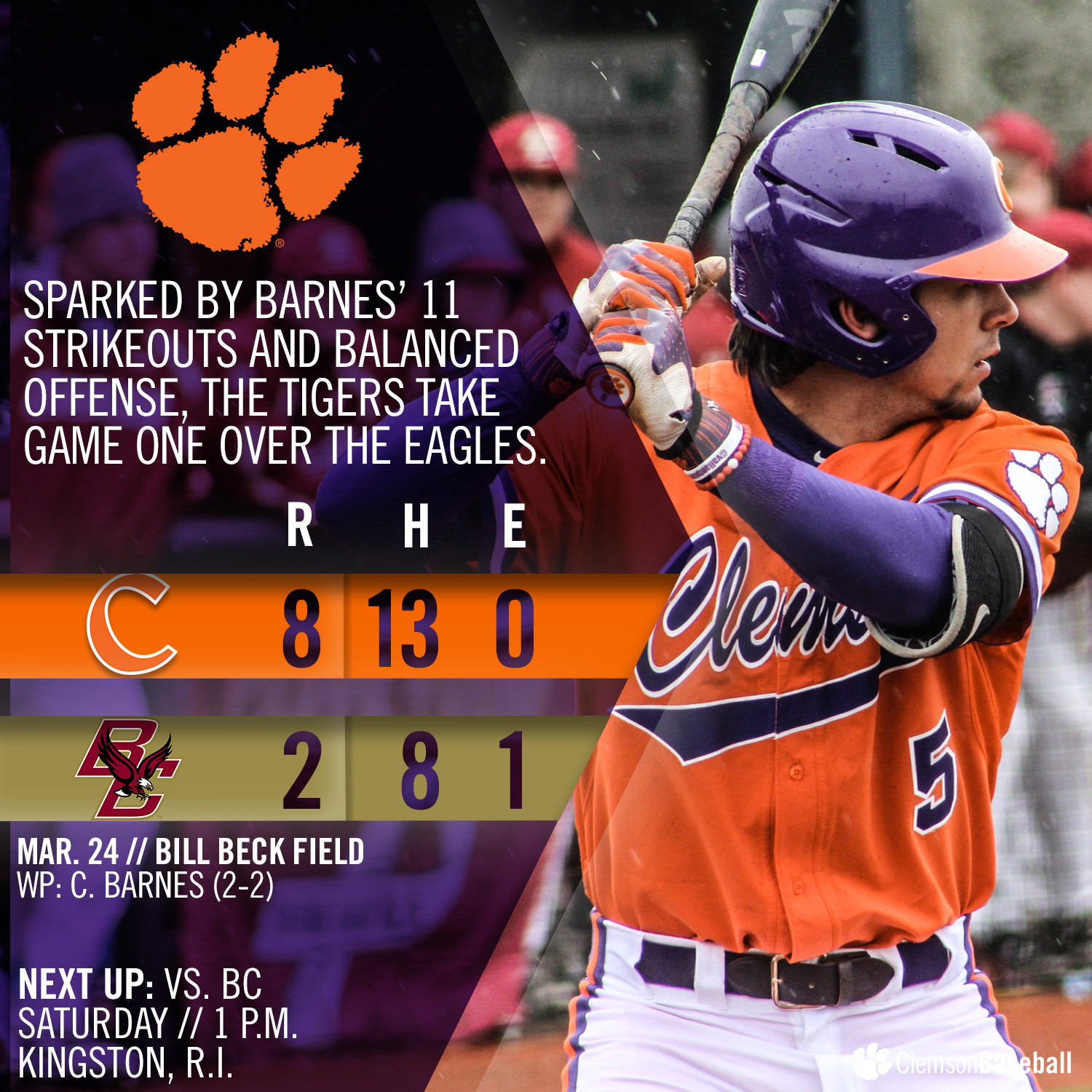 KINGSTON, R.I. – Charlie Barnes tied his career high with 11 strikeouts in No. 6 Clemson’s 8-2 victory over Boston College at Bill Beck Field on Friday afternoon. The Tigers, who took a 1-0 lead in the series and set a school record with their 13th win in a row away from home dating to 2016, improved to 18-4 overall and 6-1 in the ACC. The Eagles fell to 7-12 overall and 1-6 in ACC play. It was Clemson’s first game in the state of Rhode Island, as the series was moved from Chestnut Hill, Mass., due to field conditions.

The Tigers scored three runs on four hits in the first inning. Seth Beer and Chris Williams hit back-to-back run-scoring doubles. Later in the inning, Jordan Greene laced a two-out single to score Williams. Clemson added two runs in the second inning, highlighted by Andrew Cox’s run-scoring single, then the Tigers scored a run in the top of the sixth inning before the Eagles got on the scoreboard in the bottom of the sixth inning with a run. Clemson plated two more runs in the seventh inning.

The series continues Saturday at 1 p.m.