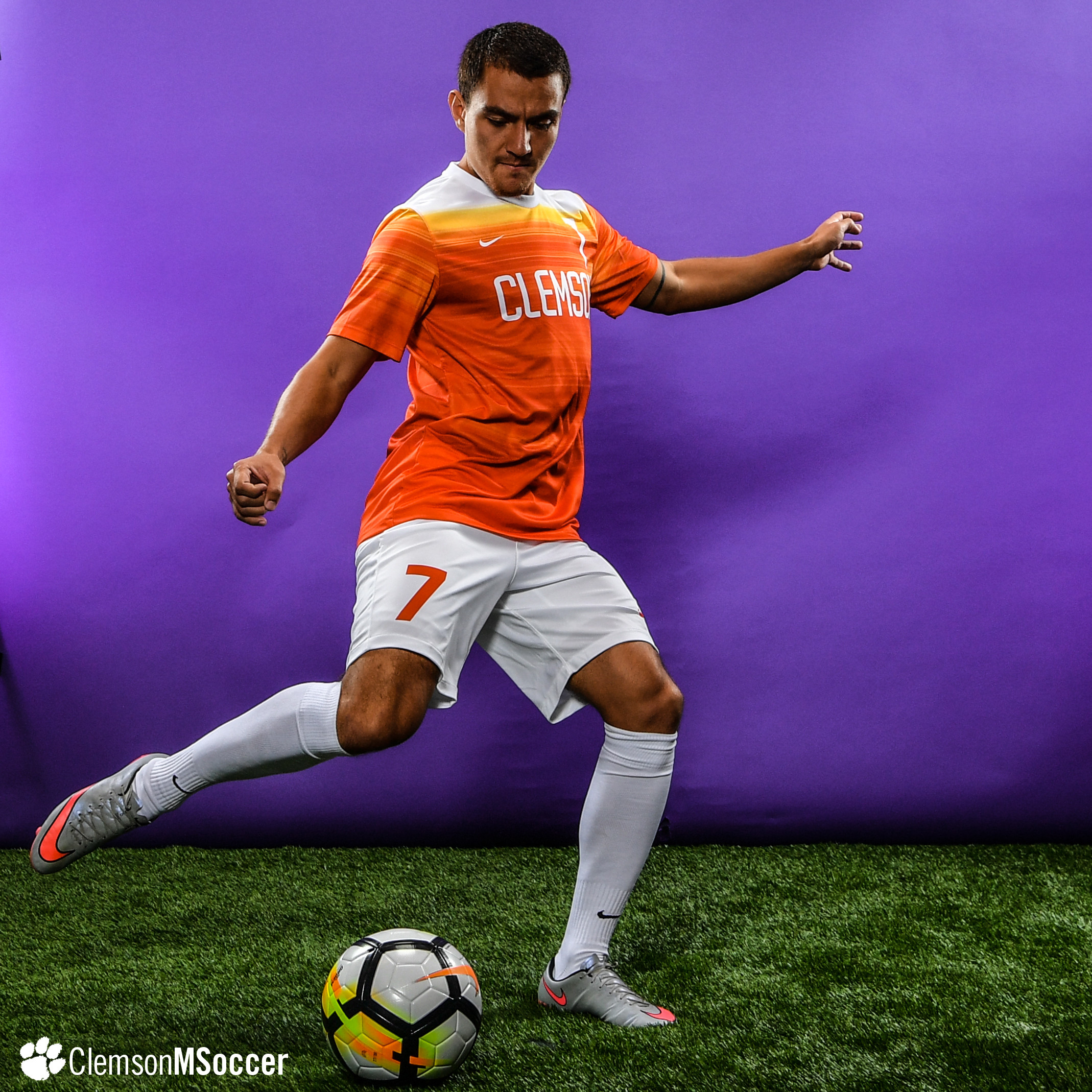 No. 5 Clemson Ties No. 17 Virginia Tech in Final Preseason Exhibition

BLACKSBURG, Va. – No. 5 Clemson battled back from a three-goal halftime deficit and senior Saul Chinchilla scored with nine seconds left in the match to lead the Tigers to a 4-4 tie with No. 17 Virginia Tech in both teams’ final exhibition of the preseason. Each team also took five penalty kicks at the end of regulation and tied 3-3.

Virginia Tech got on the board in the 23rd minute on a Collin Verfurth shot assisted by Elias Tamburini, and the Hokies then doubled their lead less than a minute later when Camron Lennon scored. Justus Kauppinen gave the Hokies a 3-0 lead in the 30th minute, and that was the halftime score.

Sophomore Harrison Kurtz got the scoring going for the Tigers in the 54th minute with his third goal of the preseason, this one assisted by senior Grayson Raynor, and freshman Kimarni Smith cut the Virginia Tech lead to one goal in the 77th minute. Redshirt freshman Nate Hall tied the game just 24 seconds later on a goal assisted by Smith.

The Hokies retook the lead on Jon Ingason’s goal in the 83rd minute, but Chinchilla netted a shot with just nine seconds remaining in the match to seal the tie.

“I thought it was a very resilient performance,” head coach Mike Noonan said. “To come back from three goals down and then a goal down, and to play to the final whistle, shows a great deal of character. I think that we were exposed, and we made mistakes, which is why you have scrimmages like this, so the purpose of this trip was fulfilled. I’m proud of the team to be able to come back, but we certainly have a lot to work on this week before we open on Friday.”

Clemson finished the preseason with two wins and a tie in three matches. The Tigers take the field for their regular season opener on Aug. 25 against Cal. State Fullerton. The matchup with the Titans is set for 5 p.m. at Historic Riggs Field.