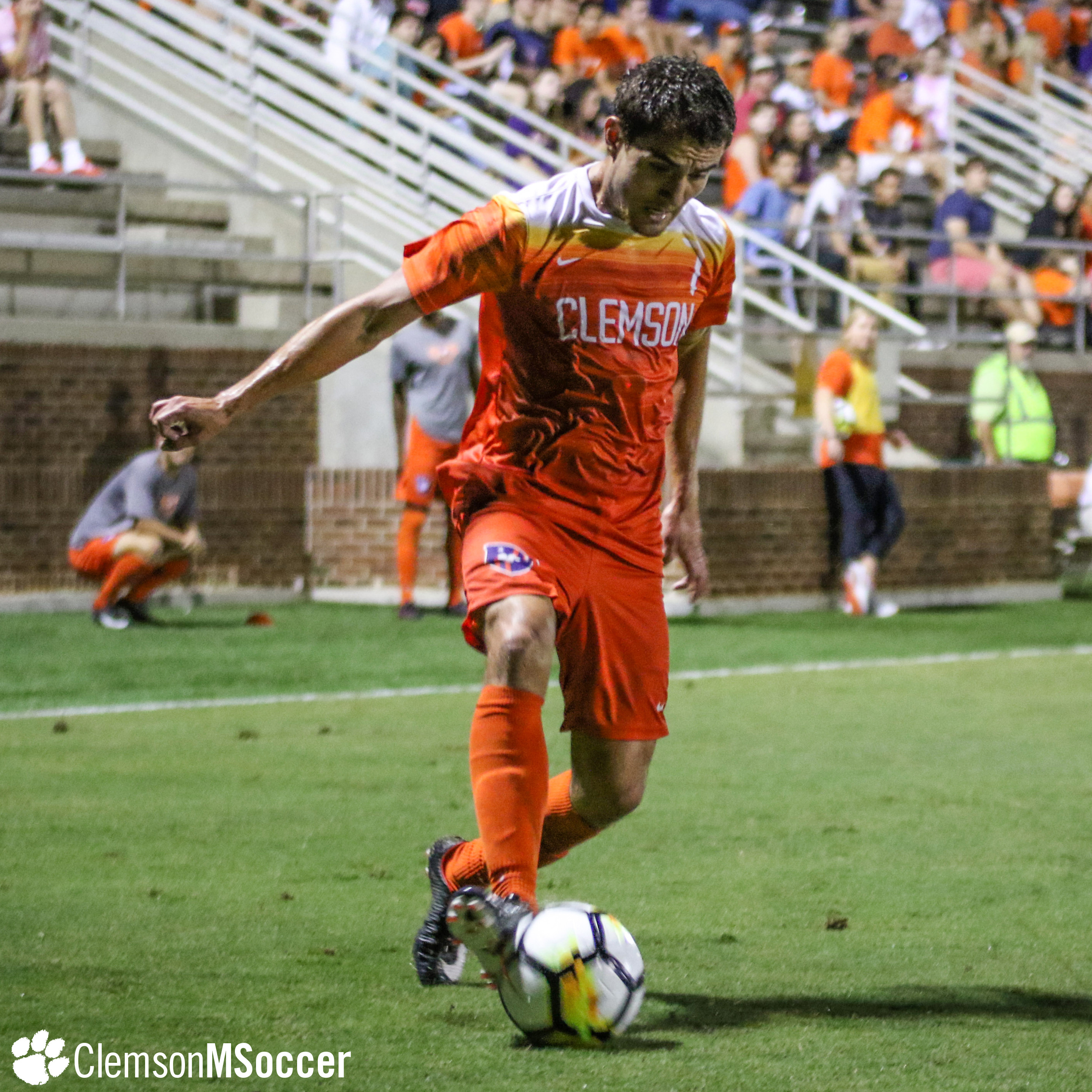 No. 5 Clemson Falls to No. 1 Wake Forest in ACC Semifinals

WINSTON-SALEM, N.C. – The No. 5 and No. 5-seeded Clemson men’s soccer team fell by a score of 2-1 in the semifinal round of the ACC Tournament to No. 1 and No. 1-seeded Wake Forest on Wednesday night at Spry Stadium. With the loss, Clemson moves to 12-5-1 on the year, while Wake Forest improves to 17-1-1.

The two teams played an evenly-matched first 30 minutes, but Omir Fernandez broke the scoreless tie in the 31st minute, finding the back of the net after a save on a Jon Bakero shot was deflected in Fernandez’s direction, and he capitalized for his sixth goal of the year. The Tigers’ best scoring opportunity of the first half came with six minutes remaining in it, when Oliver Shannon sent a cross from Diego Campos just wide, and the Demon Deacons took that 1-0 lead into the break.

Clemson began to find their offensive footing out of the half, taking three of the first five shots in the second half and ultimately tying it up in the 70th minute. Harrison Kurtz found Saul Chinchilla on the right side of the box, and the senior dribbled through traffic and netted a shot from 10 yards out for his third goal of the year.

The turning point of the match came at the 76-minute mark, when Justin Malou was issued a red card and was ejected, forcing Clemson to play with 10 men for the rest of the match. Wake Forest then retook the lead in the 79th minute on Jon Bakero’s 14th goal of the season, and while Clemson had a few opportunities in the final 10 minutes, the Demon Deacons prevailed.

“Obviously, it’s a bitter disappointment,” head coach Mike Noonan said. “I thought that for our third game of the week, in the second half, it showed the character of our team. You have to give Wake Forest credit. The [ACC] Player of the Year finished a terrific goal to win the game for them, and it’s very difficult playing a man short with three games in a week. But that’s the ACC Tournament, and I think we’ve proved to everybody…and we proved to ourselves…that we’re as good as any team in the country. We’re focusing on the National Championship now.”