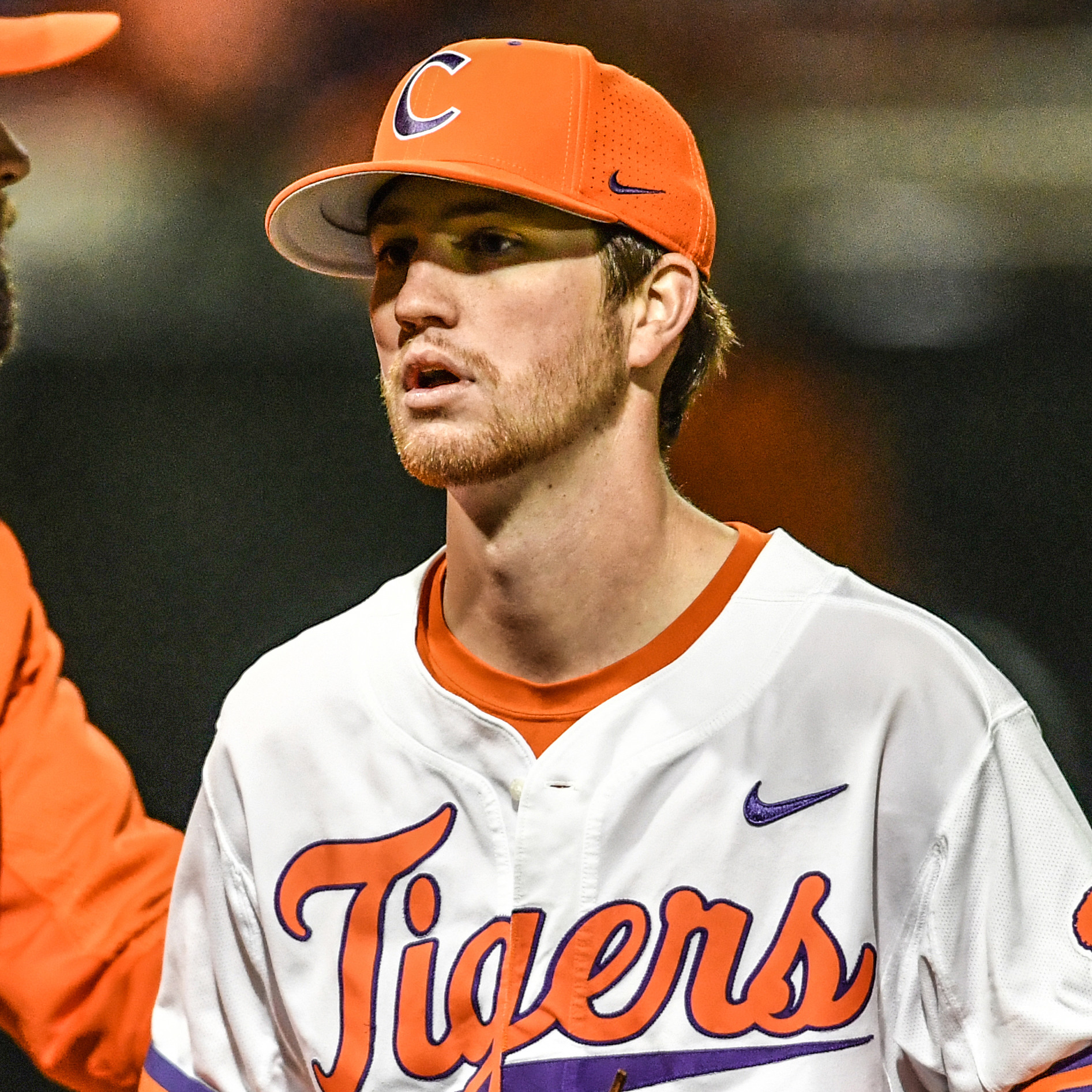 CLEMSON, S.C. – Clarke Schmidt, Josh Reagan and Tyler Johnson combined to allow 14 batters to reach base, but kept them all from reaching home plate in No. 4 South Carolina’s 2-0 win over No. 12 Clemson at Doug Kingsmore Stadium on Friday night. The Gamecocks, who took a 1-0 lead in the series, improved to 7-3, while the Tigers, who saw their 92-game streak of scoring at least one run end, fell to 6-3.

Schmidt (2-0) earned the win despite allowing four hits and seven walks with five strikeouts in 5.2 innings pitched. Josh Reagan pitched 2.1 innings in relief, then Tyler Johnson pitched the ninth inning to record his fourth save of the year. The Gamecocks, who stranded 11 Tigers on base, were aided by three 6-3 double plays on defense, including one with the bases loaded in the fourth inning. Tiger starter Charlie Barnes (0-1) suffered the loss despite one of the best starts of his career, as he gave up only three hits (all singles), two unearned runs and two walks with seven strikeouts in 7.1 innings pitched.

TJ Hopkins reached on an error as the leadoff batter in the sixth inning. Later in the inning with two outs, Madison Stokes flared a flyball to shallow right field, where K.J. Bryant was unable to catch the ball, allowing two runs to score on the Tigers’ second error of the frame.

The series continues Saturday at 1 p.m., at Fluor Field in Greenville, S.C. Clemson is the designated visiting team and will occupy the third-base dugout.