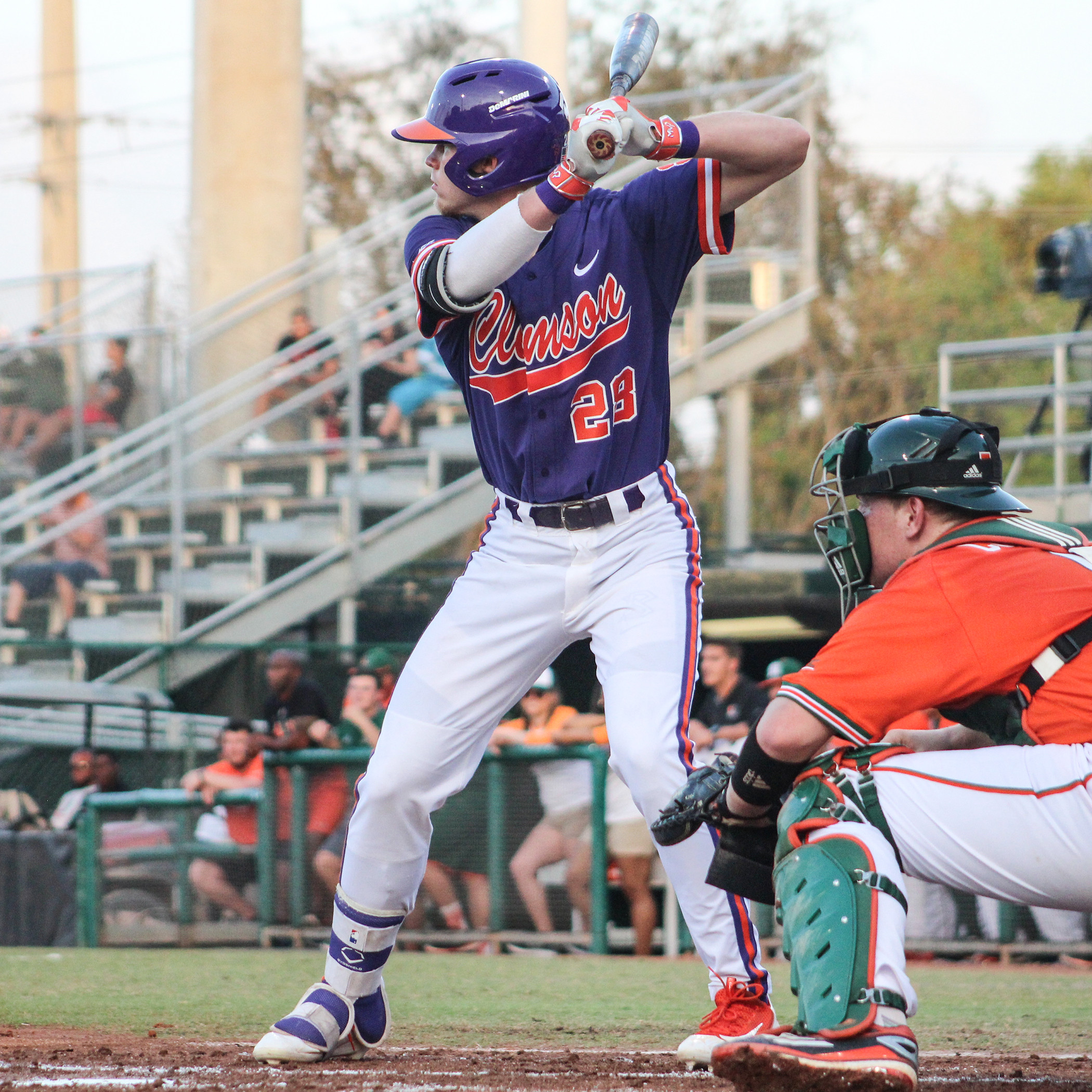 CORAL GABLES, FLA. – Edgar Michelangeli’s single with one out in the 11th inning scored Johnny Ruiz as No. 4 Miami (Fla.) defeated No. 12 Clemson 5-4 at Mark Light Field on Saturday night. The Hurricanes, who took a 2-0 lead in the series, improved to 19-4 overall and 6-2 in the ACC on their second walkoff hit in as many days. The Tigers, who lost back-to-back games for the first time in 2016, fell to 17-5 overall and 5-3 in ACC play.

Chris Williams tied the score in the sixth inning on a two-run homer, his first long ball as a Tiger. But Clemson, who outhit the Hurricanes 11-8, could not score the go-ahead run in the late stages of the game. Ruiz then led off the 11th inning with a walk and came around to score on Michelangeli’s single through the right side, giving Jim Morris 1,000 victories as Miami’s head coach.

The series concludes Sunday at 1 p.m., on ESPN3.