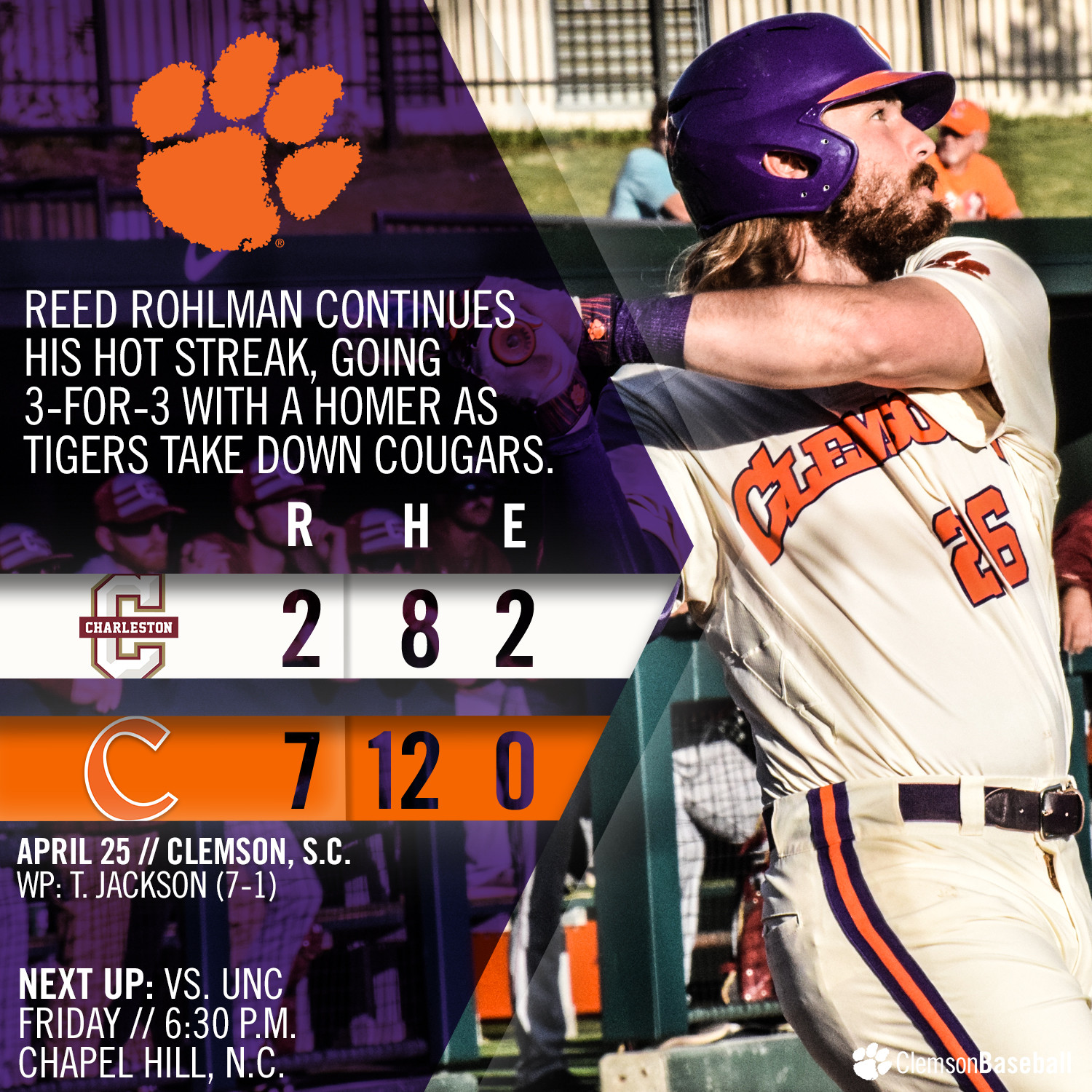 CLEMSON, S.C. – Reed Rohlman upped his hitting streak to 19 games by going 3-for-3 with a homer, two doubles and three RBIs in No. 3 Clemson’s 7-2 win over College of Charleston at Doug Kingsmore Stadium on Tuesday night. The Tigers (34-8) won both games of the home-and-home season series over the Cougars (20-21).

Rohlman started the scoring with an RBI double in the first inning, then Seth Beer added a run-scoring single in the opening frame. After the Cougars tied the score with two runs in the top of the second inning, Clemson responded with two runs in the bottom of the second inning, capped by Rohlman’s run-scoring double. The Tigers added single runs in the fourth and fifth innings, then Rohlman, who tallied his fourth three-hit game in a row, blasted his fourth homer of the year to lead off the seventh inning.

Tiger starter Tyler Jackson (7-1) earned the win, as he gave up eight hits, two runs and one walk with four strikeouts in 7.0 innings pitched. Tucker White (1-5) suffered the loss for College of Charleston, the school where Tiger head coach Monte Lee played and served as head coach.

The Tigers travel to Chapel Hill, N.C., to take on No. 3 North Carolina in a three-game series starting Friday at 6:30 p.m., on ACC Network Extra.