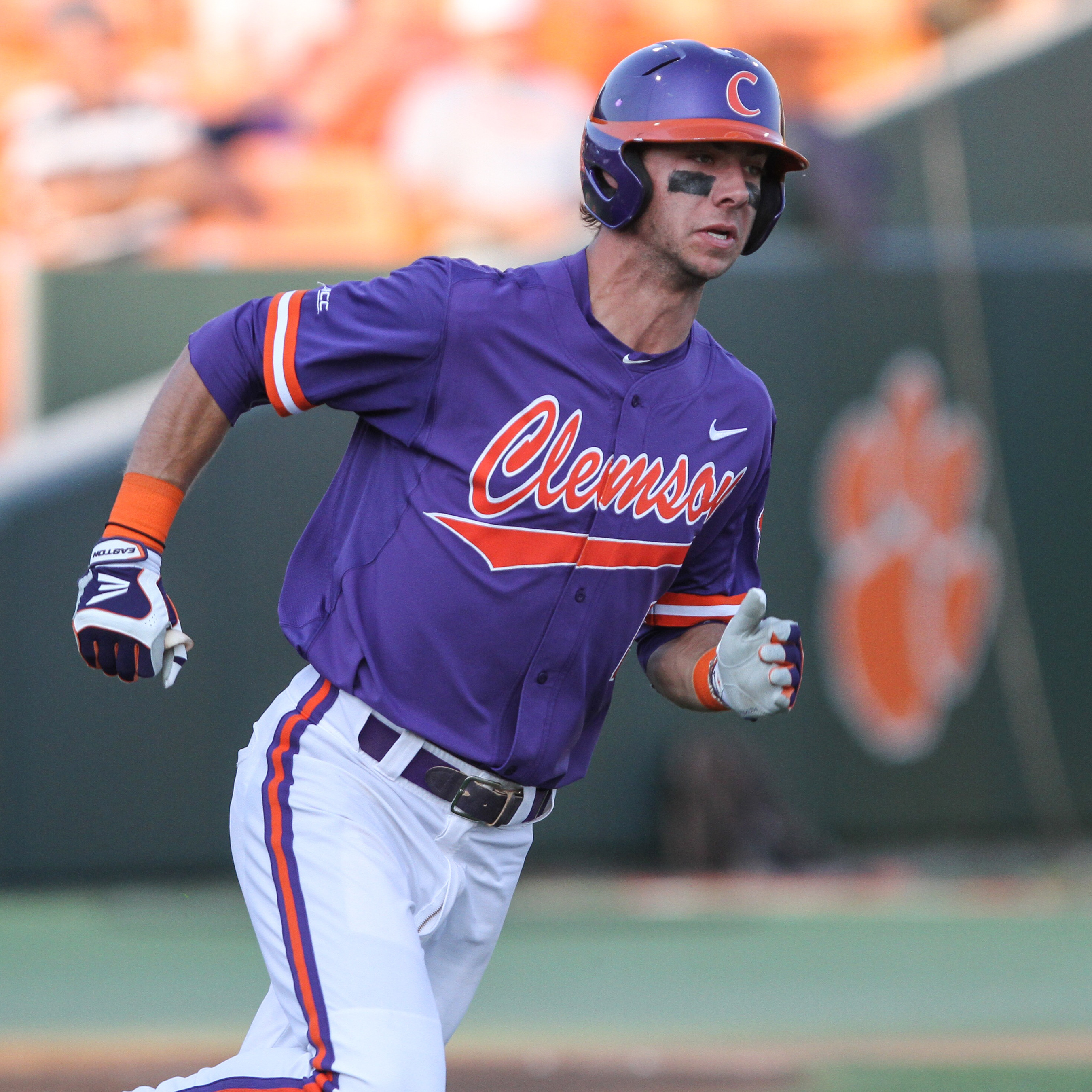 CLEMSON, S.C. – Corey Ray’s two-run homer in the seventh inning broke a 1-1 tie and lifted No. 3 Louisville to a 5-3 victory over Clemson at Doug Kingsmore Stadium on Sunday night. The Cardinals, who evened the series 1-1 and recorded their first-ever win over Clemson in eight tries, improved to 36-11 overall and 20-3 in the ACC. The Tigers dropped to 24-22 overall and 13-12 in ACC play.

Ray’s run-scoring single in the first inning gave Louisville the lead, then Weston Wilson hit a two-out double in the second inning and scored on Glenn Batson’s single. Ray gave the Cardinals the lead for good with one out in the seventh inning with an opposite-field, two-run homer to left-center, his 10th long ball of the season. Two batters later, Zach Lucas belted a solo homer.

Sean Leland (4-0) earned the win in relief, as he pitched 2.0 scoreless innings. Zack Burdi recorded his sixth save of the year by pitching the final 1.1 innings. Tiger starter Zack Erwin (4-4) suffered the loss, as he gave up four runs on 11 hits in 6.2 innings pitched.

“It was a good ballgame,” said Head Coach Jack Leggett. “They played well. Their kid pitched extremely well early. We both pitched out of jams and we both left 11 runners on base. We had some opportunities. We had some baserunners and they did, too.

“We made some really good defensive plays and just a couple hits here or there might have made a difference. But you have to give them credit…they pitched well and they have a good guy at the end you want to stay away from. We will be out here battling tomorrow.”

The series concludes Monday at 7 p.m. on ESPNU. Youth 12 and under receive free admission by showing their report card. Also, join us for an exciting 10-minute postgame fireworks show.