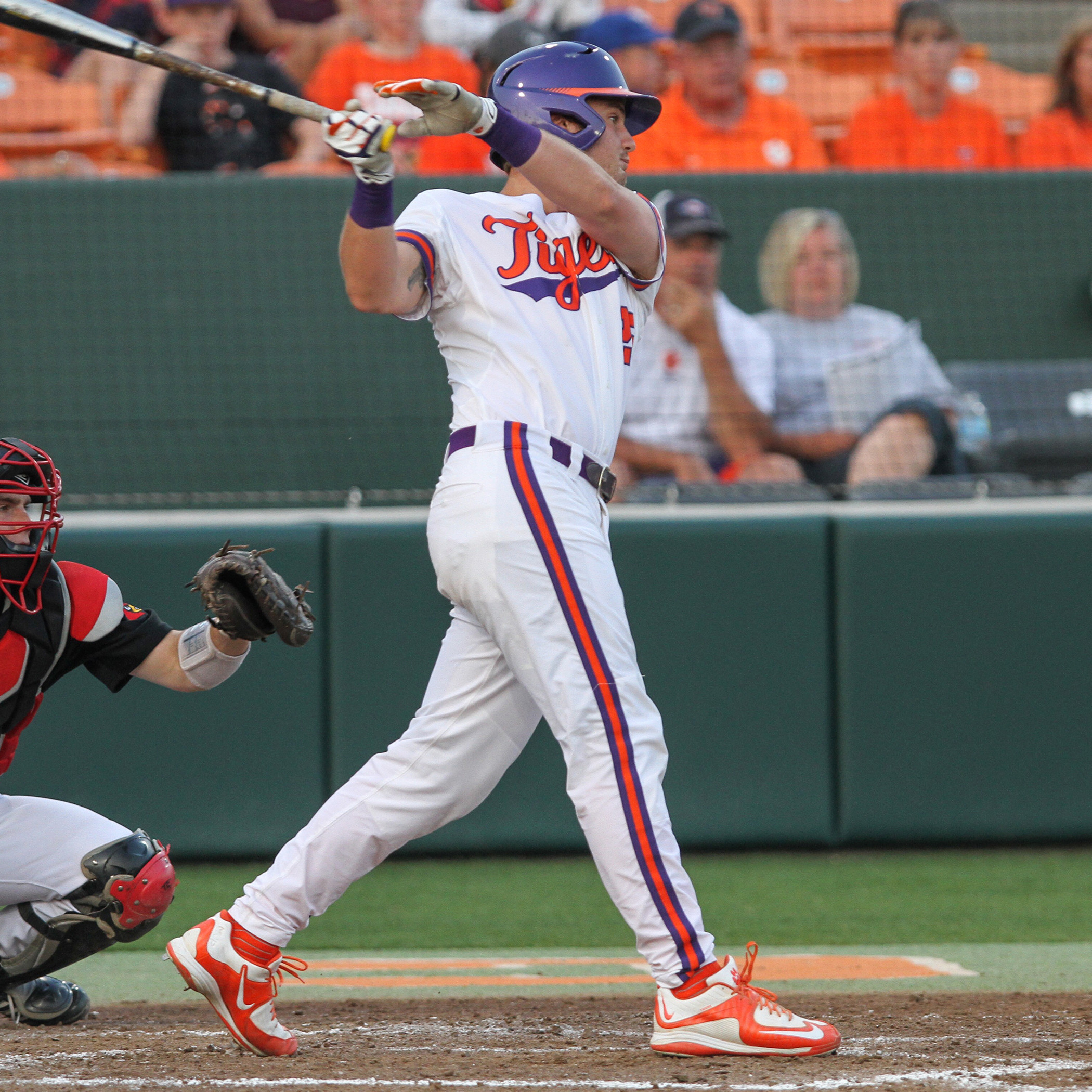 CLEMSON, S.C. – Nick Solak and Corey Ray hit back-to-back homers to begin the eighth inning, giving Louisville the lead for good in its 9-5 win over Clemson at Doug Kingsmore Stadium on Monday night. The Cardinals, who won the series 2-1, improved to 37-11 overall and 21-3 in the ACC. The Tigers dropped to 24-23 overall and 13-13 in ACC play.

Brendan McKay blasted a two-run homer in the first inning, then Blake Tiberi’s solo homer in the top of the fifth inning scored the first of two Cardinal runs to build a 4-1 lead. Four straight Tiger singles to start the bottom of the fifth inning plated two runs before Weston Wilson’s RBI groundout tied the score 4-4. In the seventh inning, Eli White hit a two-out single to score Wilson. But Solak tied the score with a solo homer in the eighth inning, then Ray belted another homer to give Louisville the lead. It was the Cardinals’ fourth homer of the game, their most since 2010. Louisville added two runs later in the eighth inning and another run in the ninth inning.