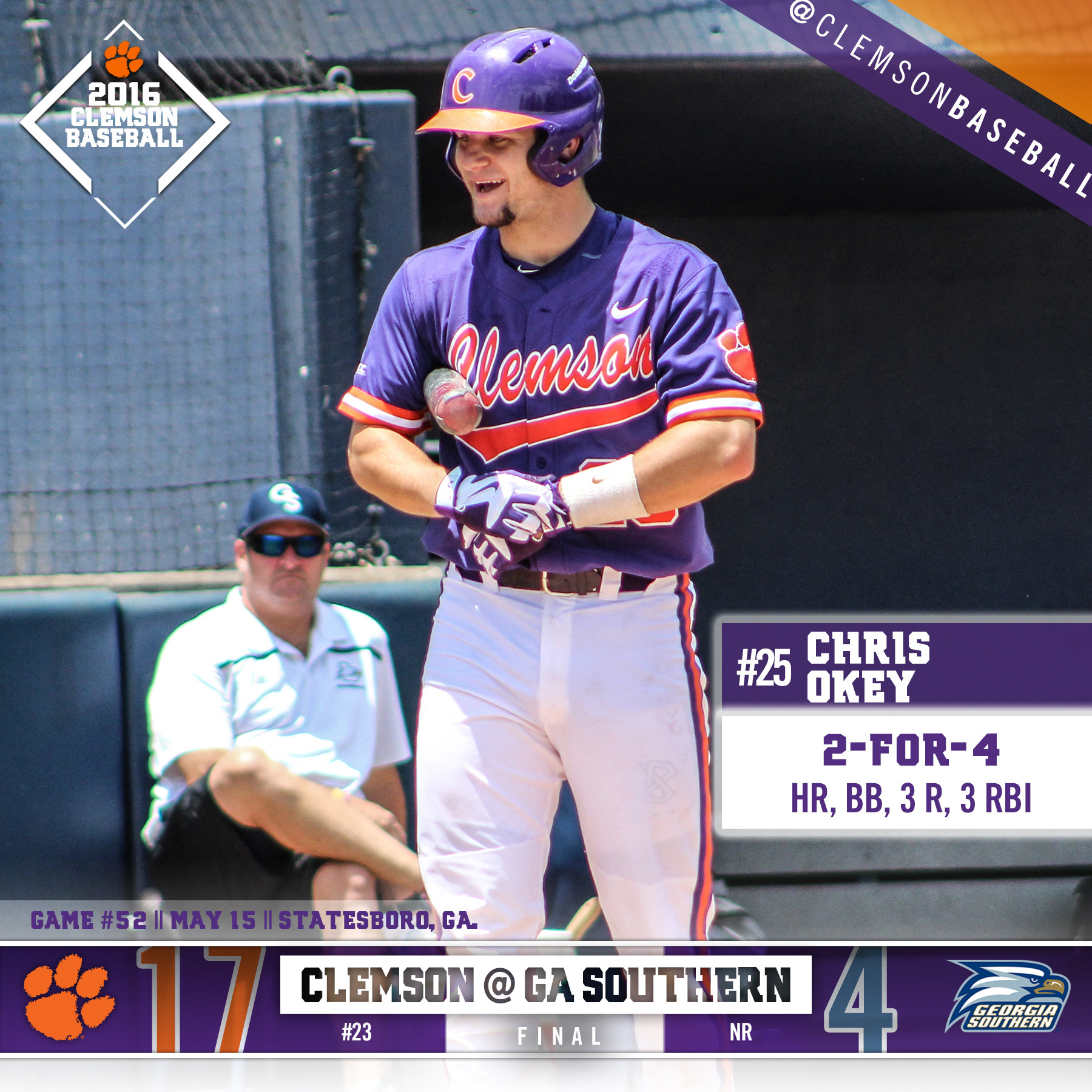 STATESBORO, GA. – For the second time in the series, Chris Williams and Chris Okey both hit three-run homers to lead No. 23 Clemson to a 17-4 win over Georgia Southern at J.I. Clements Stadium on Sunday afternoon. The Tigers, who won the series 2-1, improved to 34-18, while the Eagles dropped to 31-22. It was Clemson’s ninth weekend series win in 13 series in 2016.

Clemson scored four runs in the fourth inning, highlighted by Williams’ three-run homer, his fifth long ball of the year. The first six Tigers reached and scored in the fifth inning, as Eli White grounded a two-run single, then Okey blasted a three-run homer, his 11th homer of the season and fourth against Georgia Southern in his career.

The Tigers host Charleston Southern at 6:30 p.m., in their final home game of the regular season. Live video is available for free on TigerCast at ClemsonTigers.com. Fans can purchase four tickets and a $10 concession voucher for only $30. Fans can also purchase one regular-price ticket and get one of equal value for free.