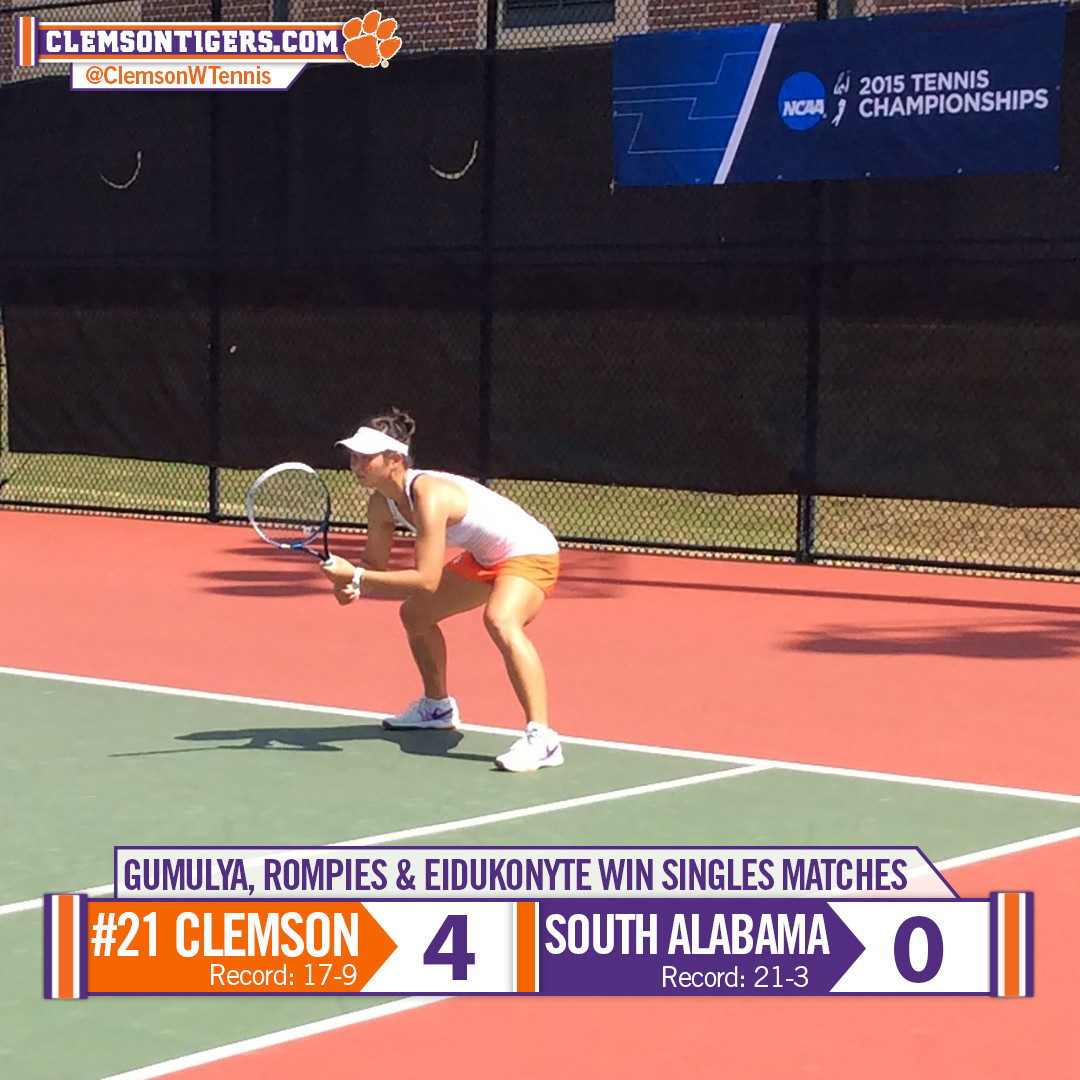 TUSCALOOSA, Ala. – The 21st-ranked Clemson women’s tennis team improved to 14-0 in NCAA First Round matches over the last 14 years with a 4-0 win over South Alabama on Friday afternoon in Tuscaloosa, Ala. With the win, the Tigers improved to 17-9 on the season, while the Sun Belt Champion Jaguars finished the season at 21-3.

Clemson jumped out to early leads on all three doubles courts. The Tigers’ No. 3 doubles duo, Joana Eidukonyte and Daniela Ruiz, defeated their South Alabama counterparts, 8-1.  Clemson’s top doubles team, fourth-ranked Beatrice Gumulya and Jessy Rompies, and the No. 2 pair of Romy Koelzer and Yuilynn Miao were both winning on their courts, but ultimately Koelzer and Miao clinched the doubles point for the Tigers with an 8-2 victory. Gumulya and Rompies were leading 6-3 when play was halted. The Tigers handed South Alabama their first loss of the season in the doubles point, as the Jaguars were 23-0 entering the match.

With Friday’s win, the Tigers advance to the NCAA Championships Second Round on Saturday, where they face the winner of regional-host and No. 1-seed Alabama and No. 4-seed Samford. First serve for the match is set for 1 p.m. CT (2 p.m. ET) in Tuscaloosa, Ala.

[View the story “Clemson vs. South Alabama, NCAA First Round” on Storify]