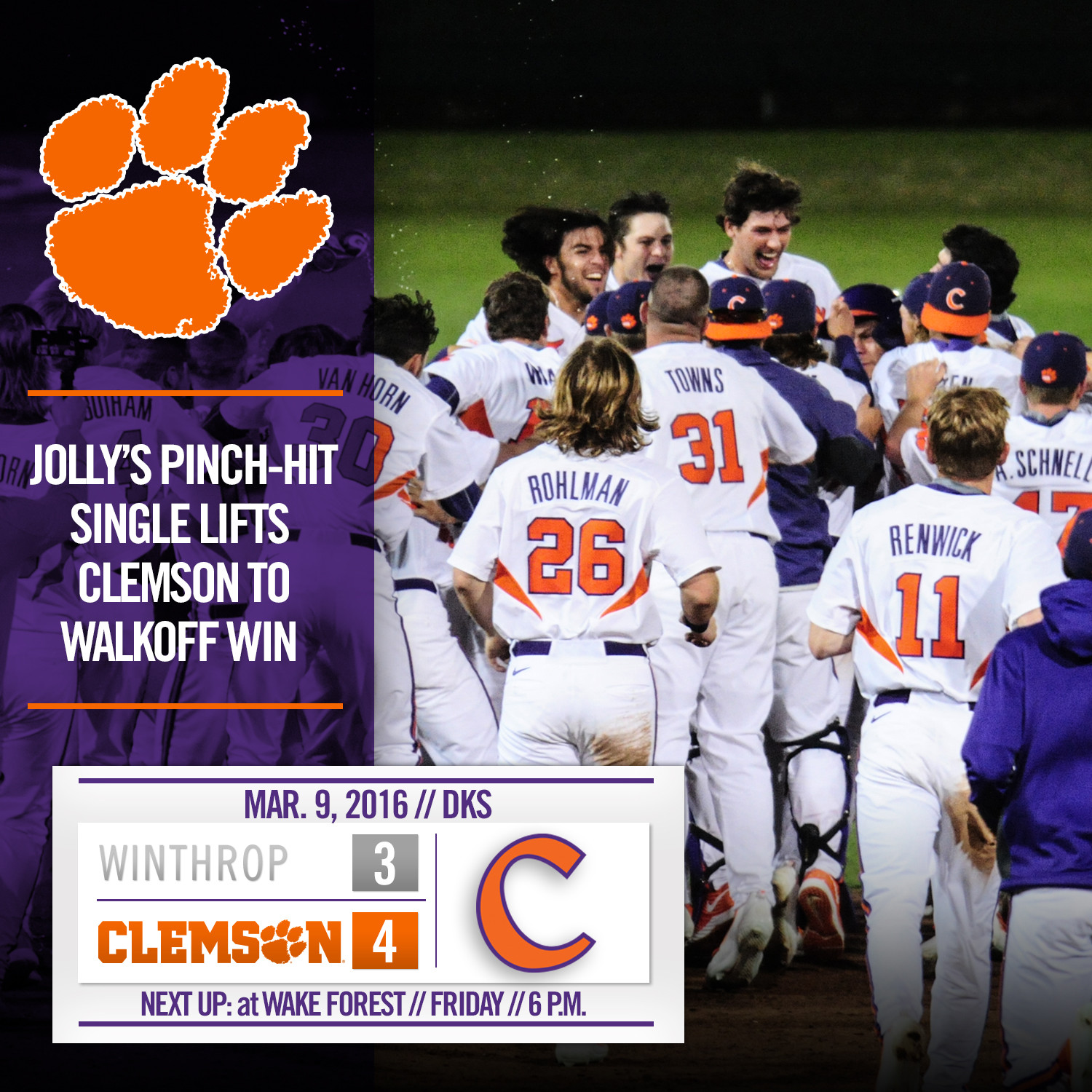 CLEMSON, S.C. – Seth Beer’s two-run double in the ninth inning tied the score, then pinch-hitter Robert Jolly hit a walkoff single to score pinch-runner Jordan Greene for the winning run in No. 20 Clemson’s 4-3 victory over Winthrop at Doug Kingsmore Stadium on Wednesday afternoon. The Tigers improved to 9-2, while the Eagles, led by former Tiger assistant coach Tom Riginos, fell to 7-6.

Winthrop consistently quelled Clemson scoring opportunities, as the Eagles stranded 14 Tigers on base in the game, including 10 in scoring position. But Beer broke the ice with a two-run double to right-center with one out in the ninth inning to tie the score, then Chris Okey and Weston Wilson were both intentionally walked, which loaded the bases. Jolly lined a 1-1 pitch on the foul line in left field to score Greene for the winning run.

Alex Bostic (1-0) earned his first career win by allowing just one hit, no runs and no walks with one strikeout in 1.2 innings pitched. Four Tiger relievers combined to pitch 4.2 scoreless innings of two-hit ball. Eagle reliever Zach Cook (0-1) suffered the loss, as he gave up three runs on four hits in 4.0 innings pitched. Four Winthrop pitchers combined for nine walks and four hit-by-pitches.

Beer led the Tigers by going 2-for-4 with two RBIs, while Reed Rohlman’s 10-game hitting streak came to an end. Five different Eagles had one hit apiece.

Clemson begins ACC play this weekend when it travels to Wake Forest for a three-game series beginning Friday at 6 p.m.