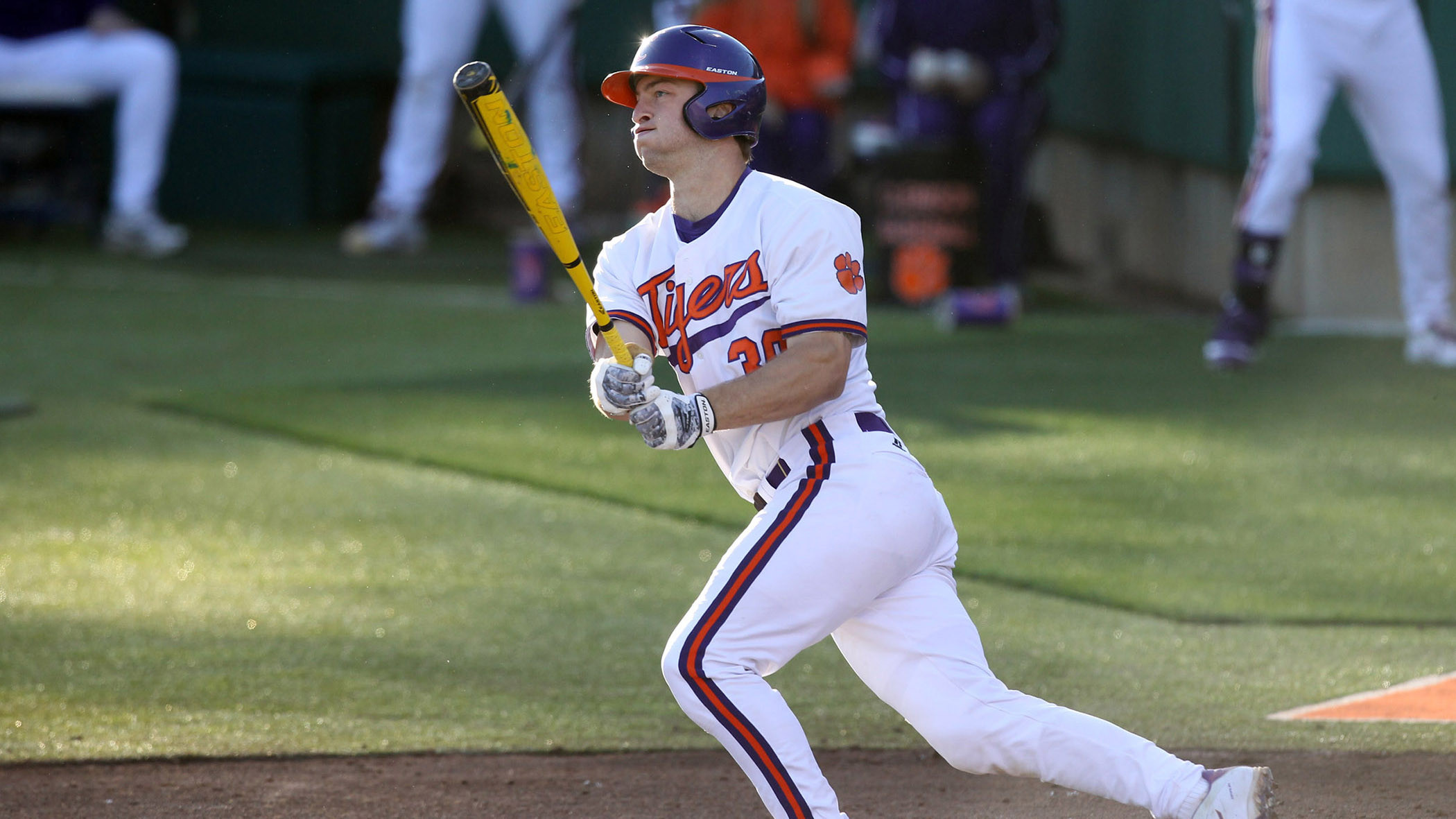 CLEMSON, S.C. – Garrett Boulware and Tyler Krieger tied their career highs with four hits apiece to lead No. 20 Clemson to a 9-6 win over Coastal Carolina at a chilly Doug Kingsmore Stadium on Tuesday night. It was the first meeting between the Tigers (21-14) and Chanticleers (17-21) since 2012.

Boulware belted a solo homer, his fourth long ball of the year, in the first inning to give the Tigers a 1-0 lead, then the Tigers broke a 1-1 tie with four runs in the third inning, highlighted by Chris Okey‘s two-run double. Coastal Carolina rallied with three unearned runs on one hit in the top of the sixth inning to tie the score 5-5, but Steven Duggar‘s two-out, run-scoring single in the bottom of the sixth inning gave Clemson the lead for good.

“We won the ballgame…that’s the bottom line,” said Head Coach Jack Leggett. “We didn’t win very pretty and we didn’t pitch or play defense that well. We had 15 hits, and even though they weren’t all at the right time, we got some good ones at the end.

“I told the players that I have a hierarchy…winning is No. 1, but right behind that is how well we play. And tonight, we didn’t play that well, but we got the win.”

The Tigers travel to Pittsburgh this weekend to face the Panthers in the first-ever meeting between the two schools. The series begins Friday at 6 p.m. on ESPN3.

Clemson’s next home game is Tuesday, April 22 at 6:30 p.m. against Liberty. Fans can obtain free tickets for the game by filling out a short form on ClemsonTigers.com. The voucher is good for all immediate family members. Forms are also available at the Athletic Ticket Office and at the gates on gameday. Fans not wishing to complete the form can purchase a ticket for $5 by visiting the Athletic Ticket Office or by calling 1-800-CLEMSON beginning Thursday. Season ticket holders will be admitted at no charge whether they participate or not, but their responses would be helpful. All seats for the game are general admission.