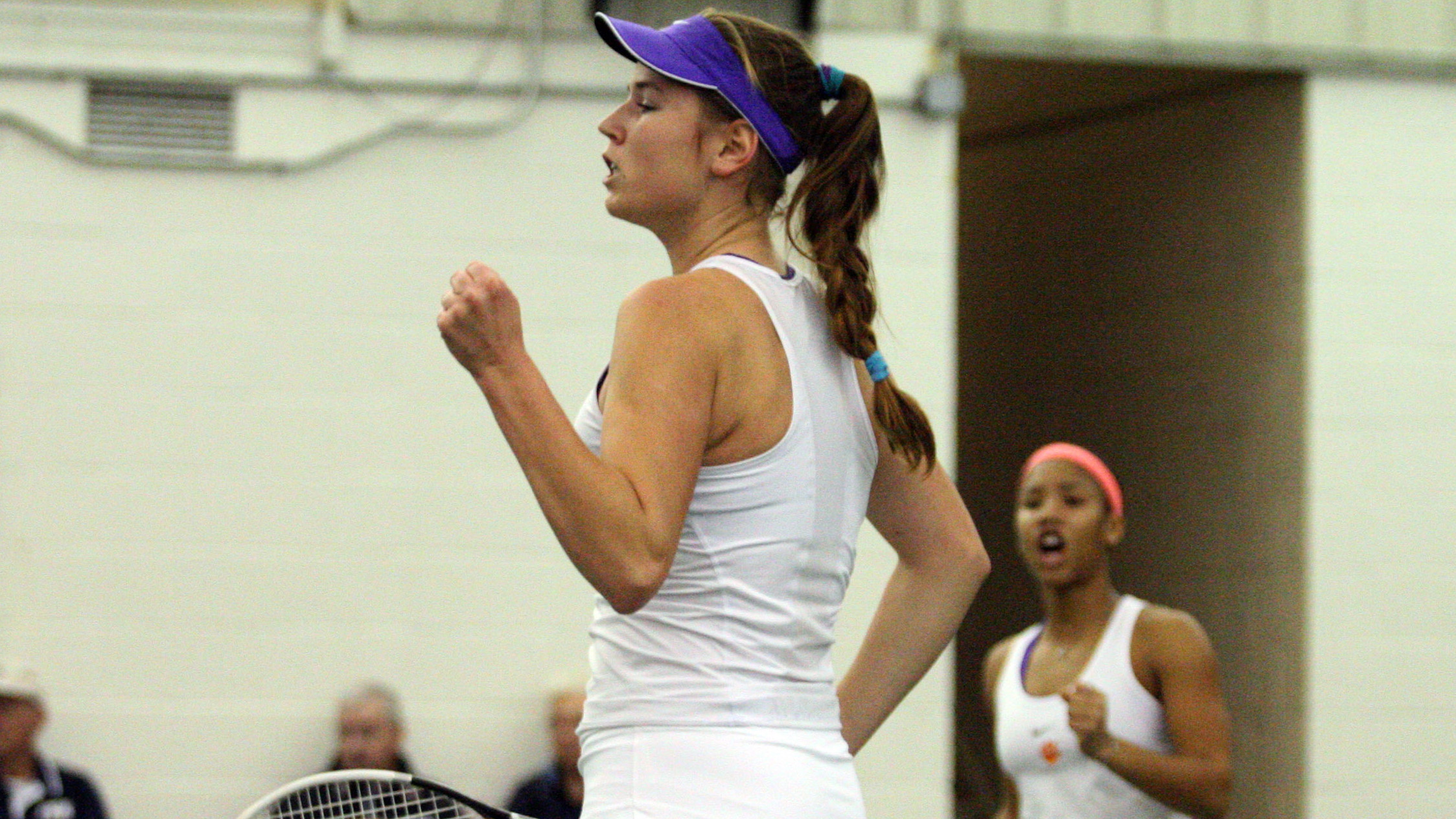 Clemson claimed the doubles point and singles matches on courts one through five en route to the victory.

Liz Jeukeng and Beatrice Gumulya improved to 5-0 together, as they won 8-2 at flight three double to give Clemson the advantage. The Jackets stung back with an 8-4 win on court two over Ani Miao and Romy Koelzer, sending the decision to court one.

Koroleva and Dewar clinched the doubles point in a dramatic match on court one against Kendal Woodard and Megan Kurey. The Tech tandem took an early 3-0 lead before Koroleva and Dewar battled back to even the match at 5-5. The Tigers would take a 7-6 lead, with Dewar serving for the match. Tech forced several deuces, and eventually broke the Tiger duo to make it 7-7, and held to go up 8-7. Koroleva held, sending the match to a tiebreaker, which Clemson won, 7-4. The match took nearly 90 minutes to complete.

Koroleva took the momentum into singles play, as she took down No. 62 Elizabeth Kilborn, 6-0, 6-2 at flight one. Koroleva, who is ranked 26th nationally, is now 8-2 in her last ten matches, and 9-4 overall. Six of her wins have come against nationally-ranked players.

No. 49 Liz Jeukeng was next to finish, showing her first career ranking had merit with a 6-2, 6-3 win against Woodard on court two. Jeukeng now holds a 5-1 record in her young career.

Koelzer was the match-clincher, earning a 6-3, 6-4 win on court four over Alex Anghelscu as she won her 11th match of the season.

Beatrice Gumulya, sporting a career-best ranking of 57th nationally, found herself in a battle on court three as she tried to win for the sixth straight time. She split the first two sets with Megan Kurey, setting up a tense third. Both players held serve until with the match tied, 5-5, Gumulya earned a break to go up, 6-5. Kurey broke back to force the tiebreaker, which Gumulya hung on to win, 7-1.

Ani Miao followed with a straight-set victory on court five over Muriel Wacker to improve to 8-3 on the year.