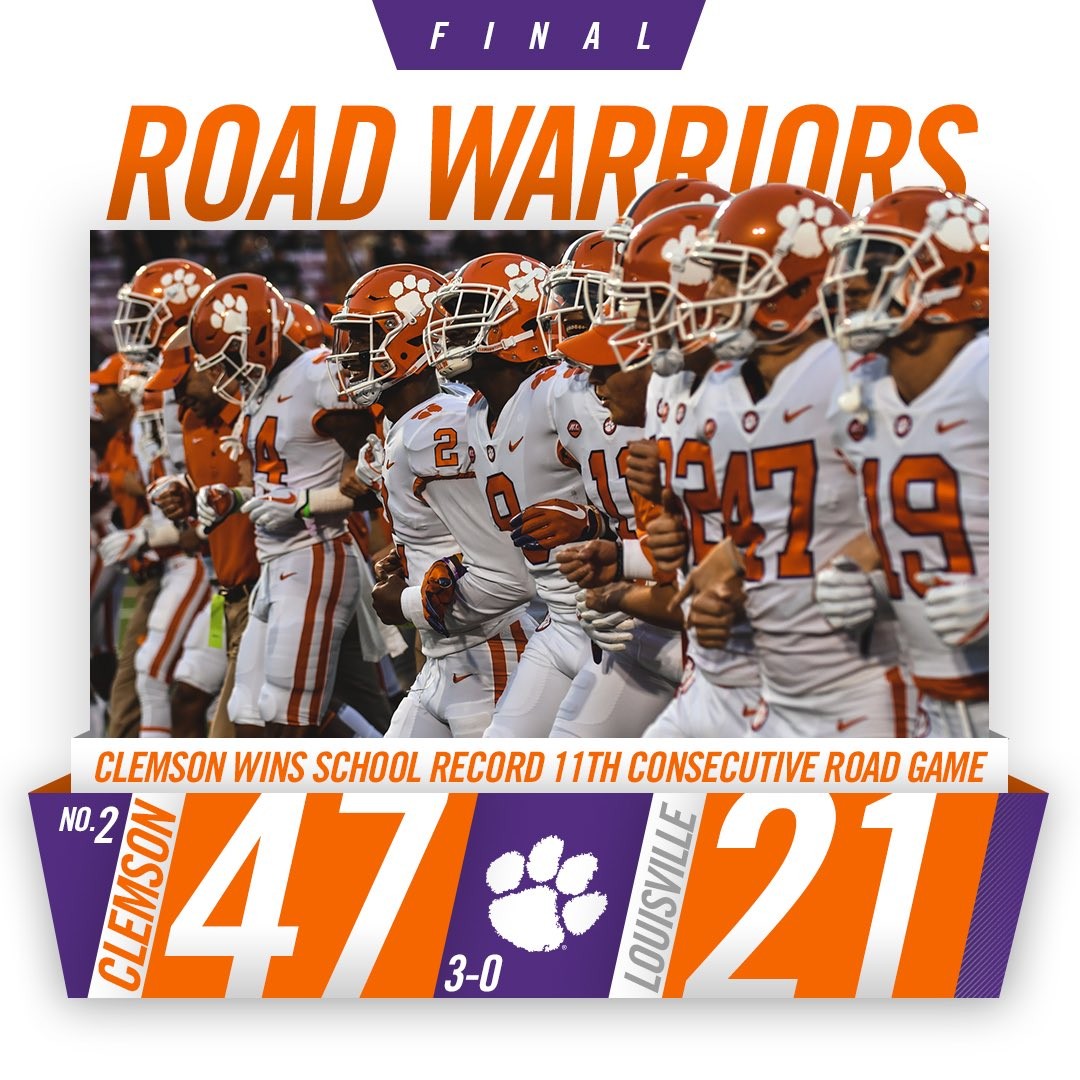 LOUISVILLE, KY. – Six different Tigers scored at Papa John’s Stadium on Saturday night, as No. 2 Clemson defeated No. 14 Louisville 47-21 in the Tigers’ first road game and ACC opener. With the win, Clemson moved to 3-0 overall and 1-0 in ACC play, while Louisville fell to 2-1 overall and 1-1 in the ACC.

Kelly Bryant powered Clemson’s offense on Saturday, passing for a career-high 316 yards and rushing for 26 yards with two touchdowns in his first road start. Ray-Ray McCloud was Bryant’s most popular target, totaling a career-high 115 yards with a touchdown on seven catches. Greg Huegel, Dorian O’Daniel, Adam Choice and Travis Etienne all also put points on the scoreboard for the Tigers.

A Huegel 31-yard field goal gave the Tigers a 10-7 lead midway through the second quarter, and that lead increased to 16-7 after a Bryant 79-yard touchdown pass to McCloud. The first half ended with a career-long 49-yard field goal by Huegel that put the Tigers up 19-7.

O’Daniel opened the second-half scoring when he returned an interception 44 yards for his first career score, and Bryant ran in a one-yard touchdown to give the Tigers a 33-7 lead in the third quarter.

Both teams scored two touchdowns in the fourth quarter. Choice (39 yards) and Etienne (81 yards) both had long touchdowns runs for the Tigers.