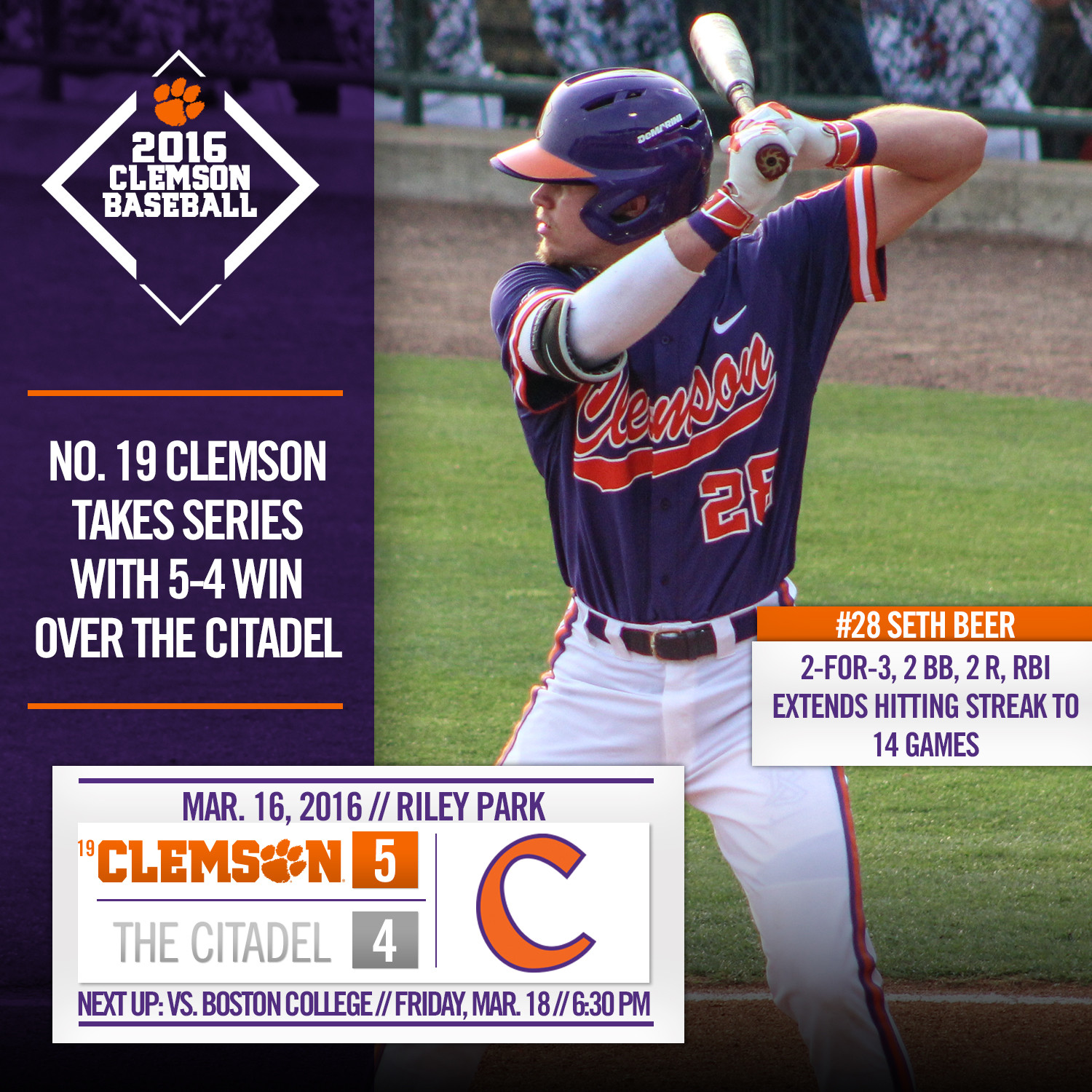 CHARLESTON, S.C. – Weston Wilson’s two-run single in the ninth inning broke a 3-3 tie and propelled No. 19 Clemson to a 5-4 win over The Citadel at Riley Park on Wednesday night. The Tigers, who won the midweek series 2-0, improved to 13-3, while the Bulldogs dropped to 7-10.

Wilson broke a 1-1 tie with a run-scoring double in the third inning, then the Bulldogs plated an unearned run in the fifth inning to tie the score. Seth Beer, who earlier extended his hitting streak to 14 games, ripped a run-scoring single in the sixth inning to give Clemson a 3-2 lead. The Bulldogs tied the score in the eighth inning on a two-out, run-scoring single by Bret Hines. But Chris Okey led off the ninth inning with a double and scored the go-ahead run on Wilson’s single to left-center. Wilson had a game-high three RBIs and has 10 RBIs in the last three games.

Alex Bostic (2-0) earned the win in relief by tossing 1.1 innings. Bulldog reliever Kyle Smith (1-1) suffered the loss, as he gave up the two runs in the ninth inning.

Clemson returns home to host No. 22 Boston College in a three-game series at Doug Kingsmore Stadium beginning Friday at 6:30 p.m., on ESPN3. Fans can purchase four tickets and a $10 concession voucher for only $30.