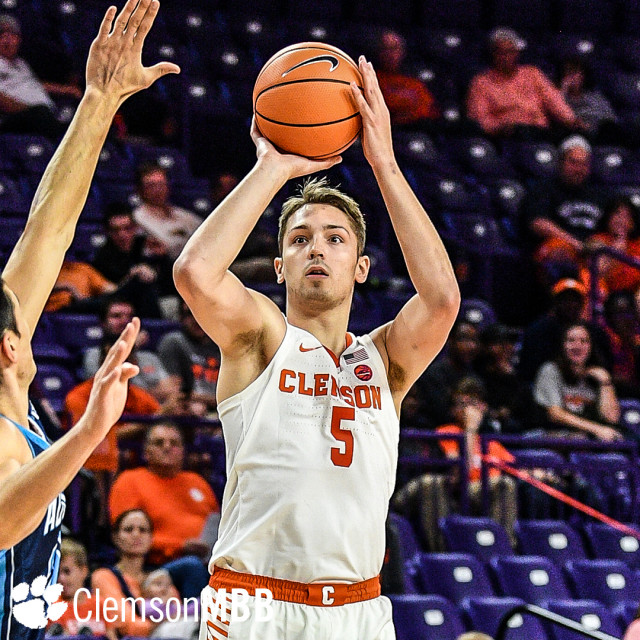 CLEMSON, S.C. — 17 Clemson University men’s basketball turnovers turned into 20 points for the opposition as Clemson took NC State down to the wire, but fell by the slimmest of margins, 78-77 on Thursday night in Raleigh.

Mark Donnal posted a season-high 13 points – all in the first half – while Marcquise Reed led the way for the Tigers (14-2, 3-1 ACC) with 17 points. Gabe DeVoe achieved a double-double in the contest with 12 points and 10 rebounds, while Donte Grantham nearly notched a double-double with 16 points and nine rebounds.

After the Wolfpack’s Braxton Beverly knocked down two free throws with nine seconds left, the Tigers scurried back down the floor and got a tip-in from DeVoe with just 1.3 seconds left.

Torin Dorn then turned the ball over back to the Tigers and Clemson would inbound to the far side corner and DeVoe would be fouled in the shooting motion behind the arc. DeVoe would knock down two-of-the-three free throws.

Omer Yurtseven led the way for the Wolfpack and finished with a game-high 29 points on 12-for-18 shooting, including 5-for-6 from distance.

The Tigers will return to the court rather quickly on Saturday, Jan. 13 when they host Miami at 3 p.m. from Littlejohn Coliseum.

Notes: Clemson falls to 14-2 on the season and 3-1 in ACC play … with the loss, Clemson had its 10-game winning streak snapped and its three-game winning streak against NC State snapped … Mark Donnal scored a season-high 13 points (all in the first half) on 4-for-6 shooting … Gabe DeVoe notched his second double-double of the season and tied his career-high with 10 rebounds.