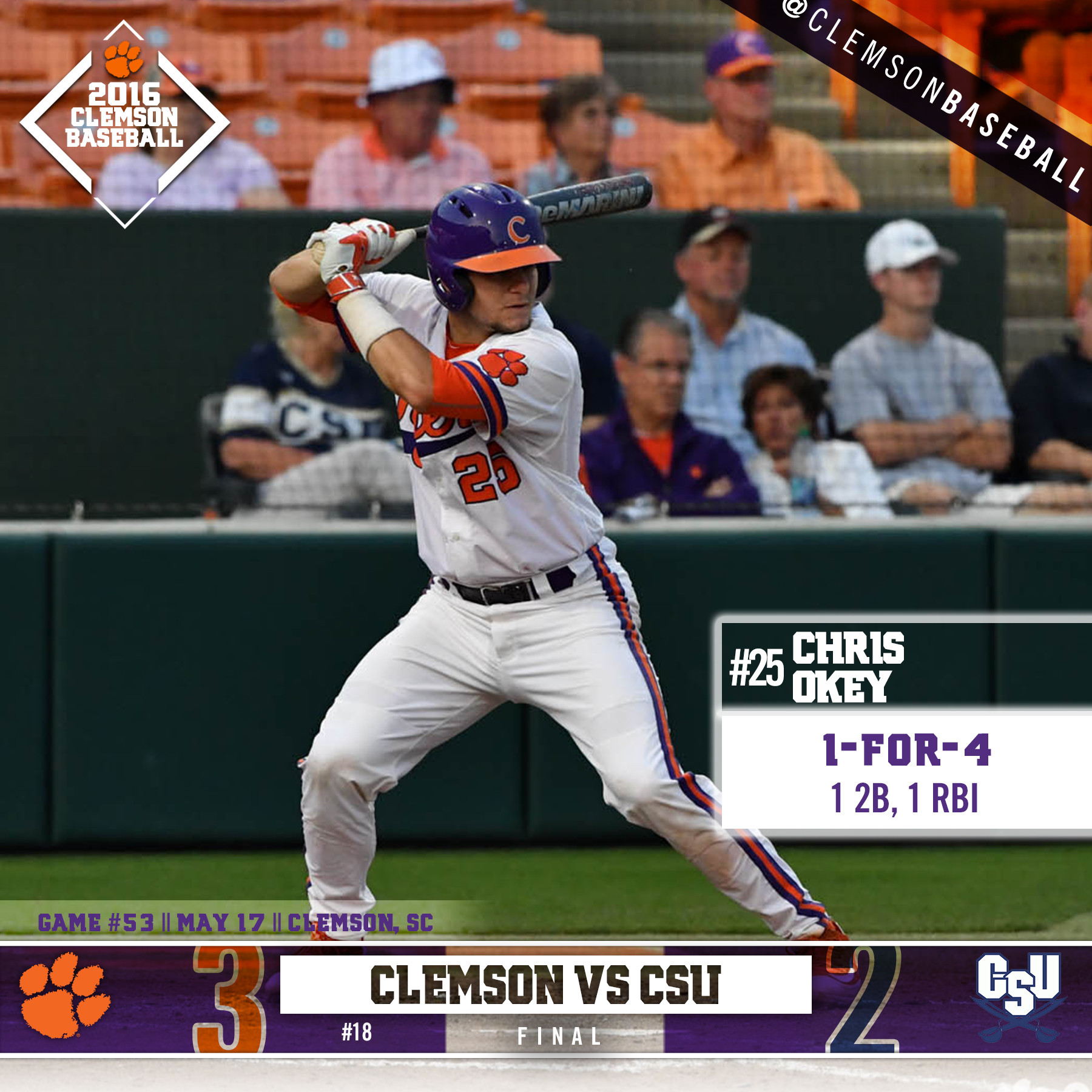 CLEMSON, S.C. – No. 18 Clemson held on for a 3-2 victory over Charleston Southern at Doug Kingsmore Stadium on Tuesday night. The Tigers improved to 35-18, while the Buccaneers fell to 18-32. Clemson ends the regular season with a 22-4 record in non-conference games.

Clate Schmidt (6-4) earned the win in a scheduled short start by tossing 2.0 scoreless innings with four strikeouts. Alex Eubanks pitched the final 2.0 innings to record his third save of the year. Buccaneer starter Jon Piriz (2-5) suffered the loss, as he gave up one run on two hits in 2.0 innings pitched.

In the second inning, Andrew Cox lined a two-out single to score Reed Rohlman, who drew a one-out walk. The Buccaneers put their first two batters on base in the top of the eighth inning, but Eubanks came in and shut the door with three crucial outs to end the frame. In the bottom of the eighth inning, Chris Okey belted a run-scoring double, then Okey scored on Robert Jolly’s fielder’s choice. Bryan Dye hit a two-out single in the ninth inning to score two runs, but Eubanks retired Sconzo with the potential tying run on third base to end the game.

The Tigers conclude the regular season with a three-game series at Notre Dame beginning Thursday at 6:05 p.m. Live video is available on WatchND via a link at ClemsonTigers.com.