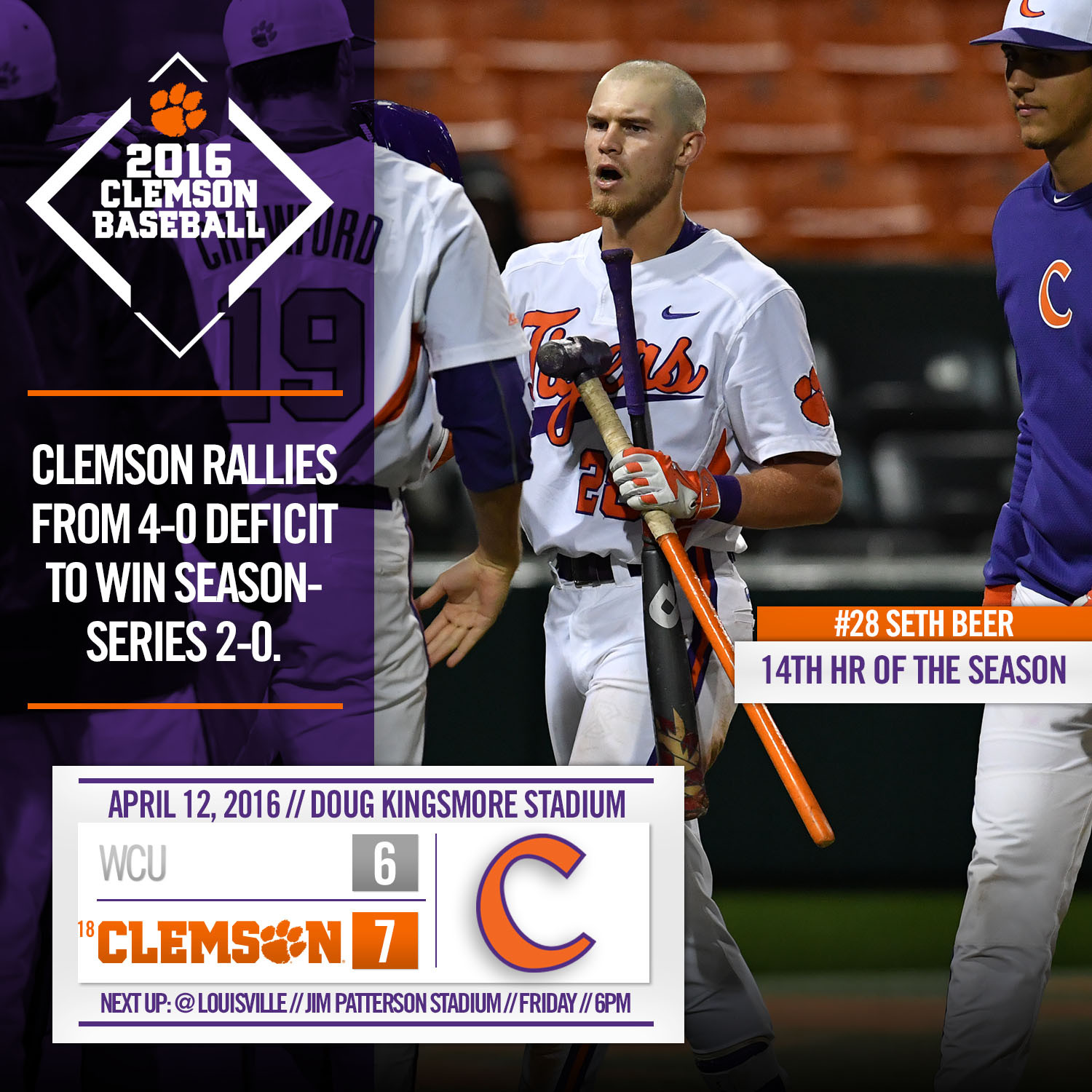 CLEMSON, S.C. – On a wild night that started over an hour late due to inclement weather, had a 21-minute delay when the lights went out and lasted 4:24, Weston Wilson completed No. 18 Clemson’s comeback from a 4-0 deficit with a two-out, walkoff single in the 10th inning to score Eli White in its 7-6 win over Western Carolina at Doug Kingsmore Stadium on Tuesday. It was also the 300th career win for Monte Lee, who is in his first season as head coach at Clemson (24-9).

Western Carolina (17-14) took a 4-0 lead with two runs in the top of the fifth inning, then the Tigers responded with three runs in the bottom of the fifth inning, highlighted by Chris Okey’s long solo homer, his sixth of the season. The Catamounts answered back with two runs in the sixth inning to build a 6-3 lead, but Seth Beer belted a two-run homer, his 14th long ball of the year, in the eighth inning and White lined a double to score the tying run in Jordan Greene in the frame.

White led off the 10th inning with a single and stole second. After Chase Pinder was intentionally walked, Wilson lined the first pitch to center and White slid home safely to give Clemson the win and its second victory over the Catamounts in the home-and-home season series.

Clemson travels to Louisville for the first time to face the No. 6 Cardinals this weekend in a three-game series beginning Friday at 6 p.m.