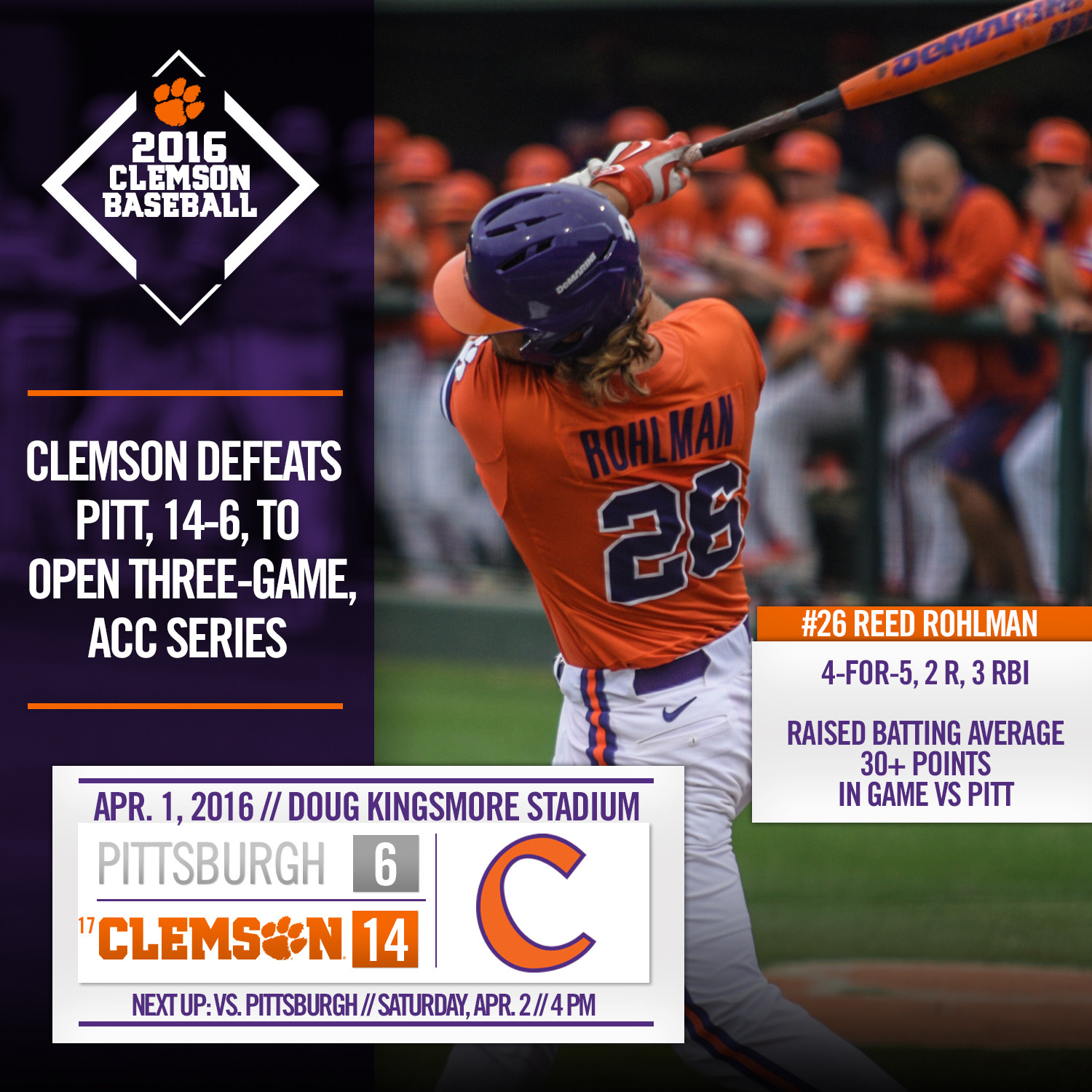 CLEMSON, S.C. – The No. 17 Clemson Tigers scored in each of their last seven innings at the plate as they defeated Pittsburgh 14-6 to win their 13th straight game at Doug Kingsmore Stadium on Friday night. The Tigers, who took a 1-0 lead in the series, improved to 20-6 overall and 6-4 in the ACC. The Panthers dropped to 12-10 overall and 4-6 in ACC play. It was the first meeting between the two teams at Clemson and the fourth overall.

Seth Beer gave the Tigers the lead for good in the third inning on his run-scoring double off the wall in left field to extend his hitting streak to 22 games, tied for eighth longest in school history. With the Tigers ahead 7-5, they broke the game open with five runs in the fifth inning, highlighted by Reed Rohlman’s two-run single. Rohlman went 4-for-5 with three RBIs to pace Clemson, who totaled 16 hits in the contest.

The series continues Saturday at 4 p.m. Live video is available for free on TigerCast at ClemsonTigers.com. Fans can purchase four tickets and a $10 concession voucher for only $30. It’s also Spring Family Picnic, as fans can celebrate spring with the entire family and receive trading card set No. 2.