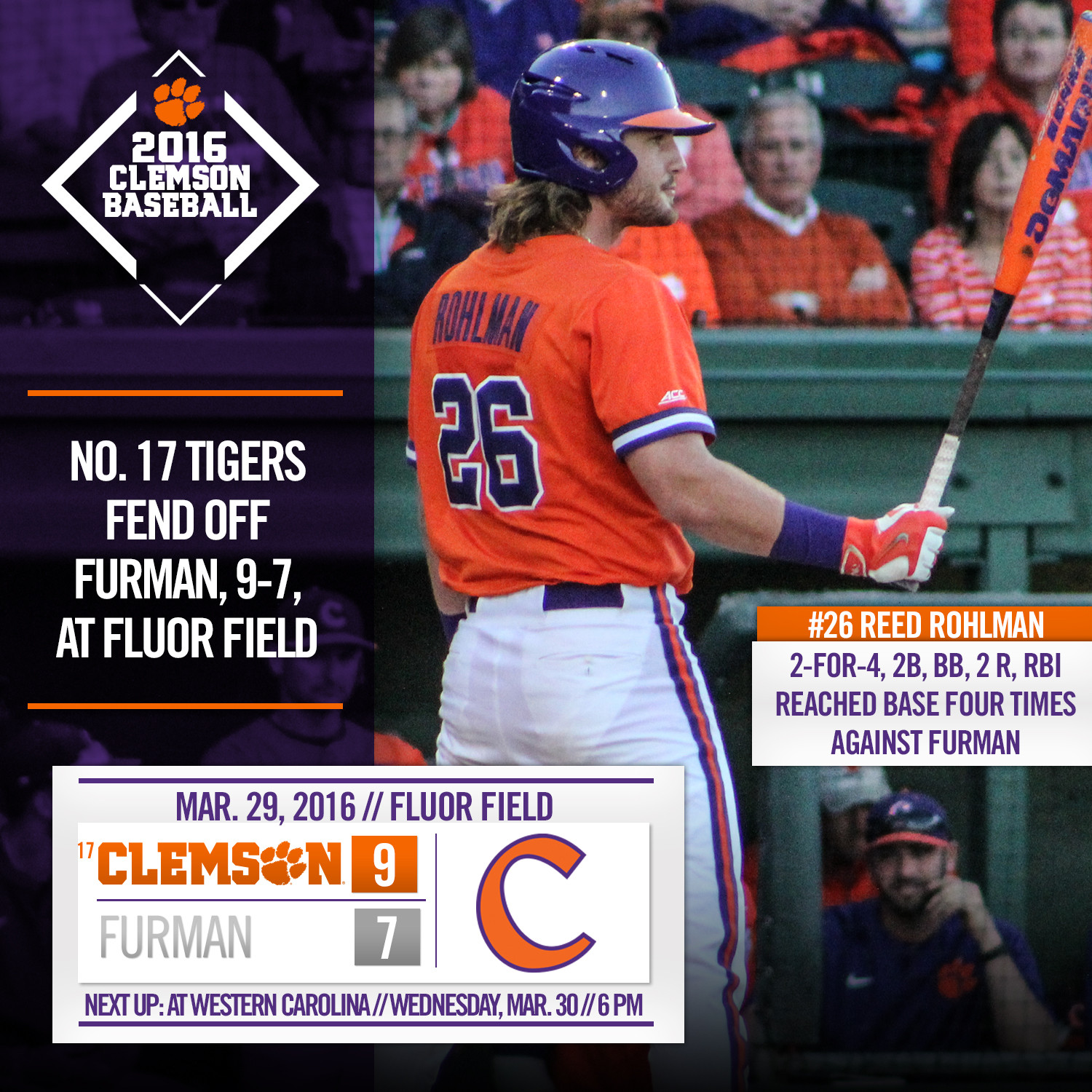 GREENVILLE, S.C. – Reed Rohlman scored the go-ahead run on a wild pitch in the eighth inning as No. 17 Clemson rallied from a 4-1 deficit to down Furman 9-7 at Fluor Field on Tuesday night. The Tigers, who took a 1-0 lead in the home-and-home season series and upped their winning streak over Furman to 14 games, improved to 18-6 on the year. The Paladins fell to 10-14.

The Paladins scored four two-out runs in the third inning after an error to take a 4-1 lead. K.J. Bryant belted his first career homer, a three-run shot to left field, in the fourth inning to tie the score. Clemson scored two runs in the sixth inning to take a 6-5 lead, thanks in part to Chase Pinder’s double that extended his hitting streak to 11 games. With the score tied 7-7, Rohlman scored on a wild pitch in the eighth inning to give Clemson the lead for good.

The Tigers play their fifth road game in six days on Wednesday when they travel to Cullowhee, N.C., to take on Western Carolina at 6 p.m. Live video is available on SoCon Digital Network via a link at ClemsonTigers.com.