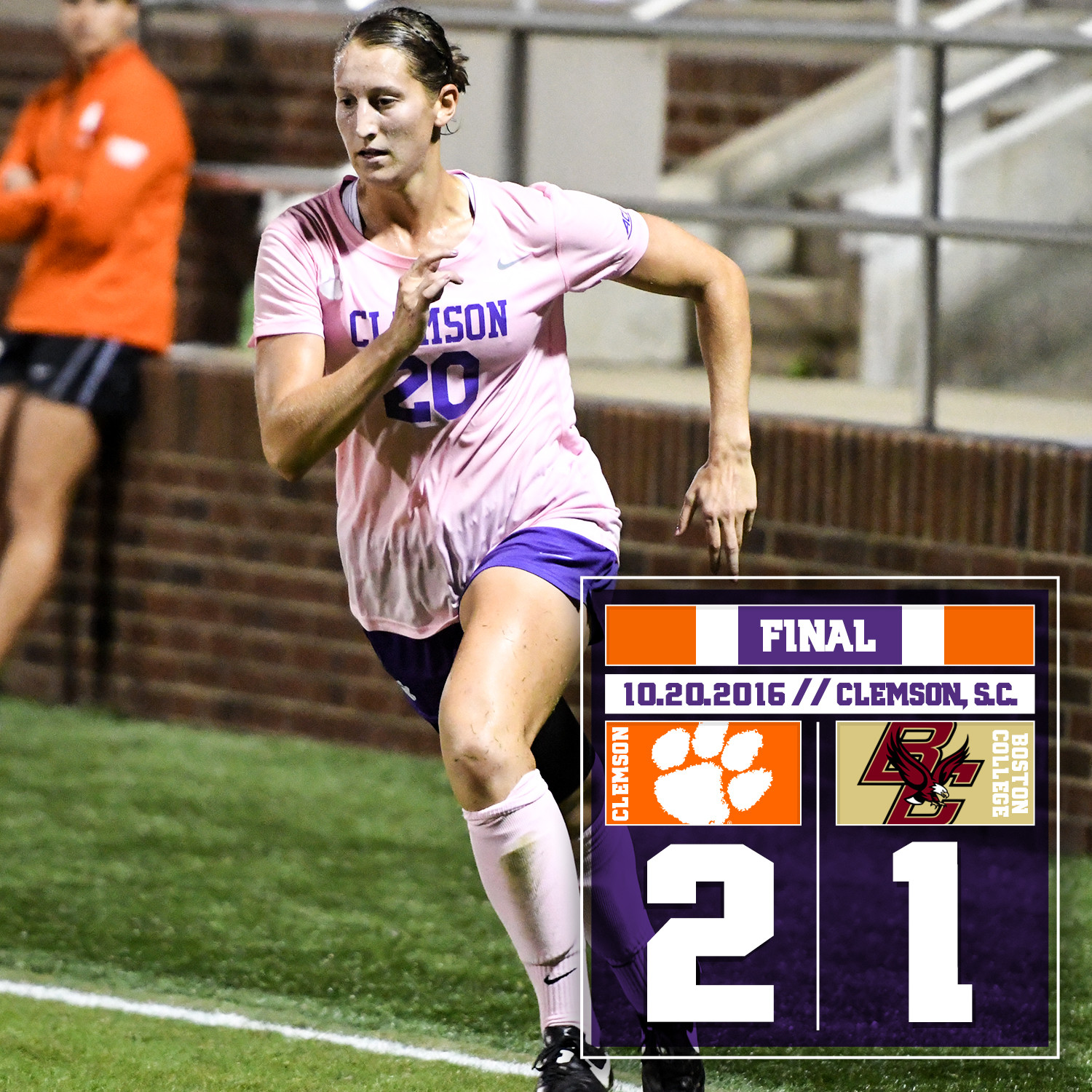 No. 17 Tigers Remain Unbeaten at Home with 2-1 Defeat of Boston College Thursday

CLEMSON, S.C. – The 17th-ranked Clemson women’s soccer team scored twice in the first half and the defense took over in the second half, earning a crucial ACC victory 2-1 over Boston College on Thursday night at Historic Riggs Field. With the win, the Tigers improved to 11-3-2 overall and 5-1-2 in conference play, while the Eagles dropped to 10-6-1 (2-6 ACC). Clemson also improved to 8-0-1 on the season at home at Riggs with the victory.

Junior Shannon Horgan opened the scoring for the Tigers, putting the game’s first goal, her third of the year, on the board in the 12th minute of play. Horgan dribbled along the left side of the box and took a shot on a very sharp angle that went into the right wall of the goal.

Five minutes later, senior Jenna Weston put Clemson up by two when she netted her sixth goal of the season. Sophomore Sam Staab handled a throw-in for the Tigers, placing the ball at Weston’s feet, 16 yards from the goal, for Weston to send into the goal with a diagonal shot. The assist was the 10th of the year for Staab, who, entering the match, ranked fourth in the nation in that category.

The Eagles cut the deficit to one in the 69th minute of play when McKenzie Meehan scored off of a corner kick. Boston College had some moments of aggressive offensive play in the second half, but the Tiger back line of Staab, Claire Wagner, Emily Byorth and Gabby Byorth held strong, while Kailen Sheridan picked up two saves in the contest.

Clemson returns to action on Sunday, Oct. 23 for its final regular season home match against NC State at 1 p.m. at Historic Riggs Field. Prior to the match, the Tigers will honor the program’s 13-member senior class in a special Senior Day ceremony.