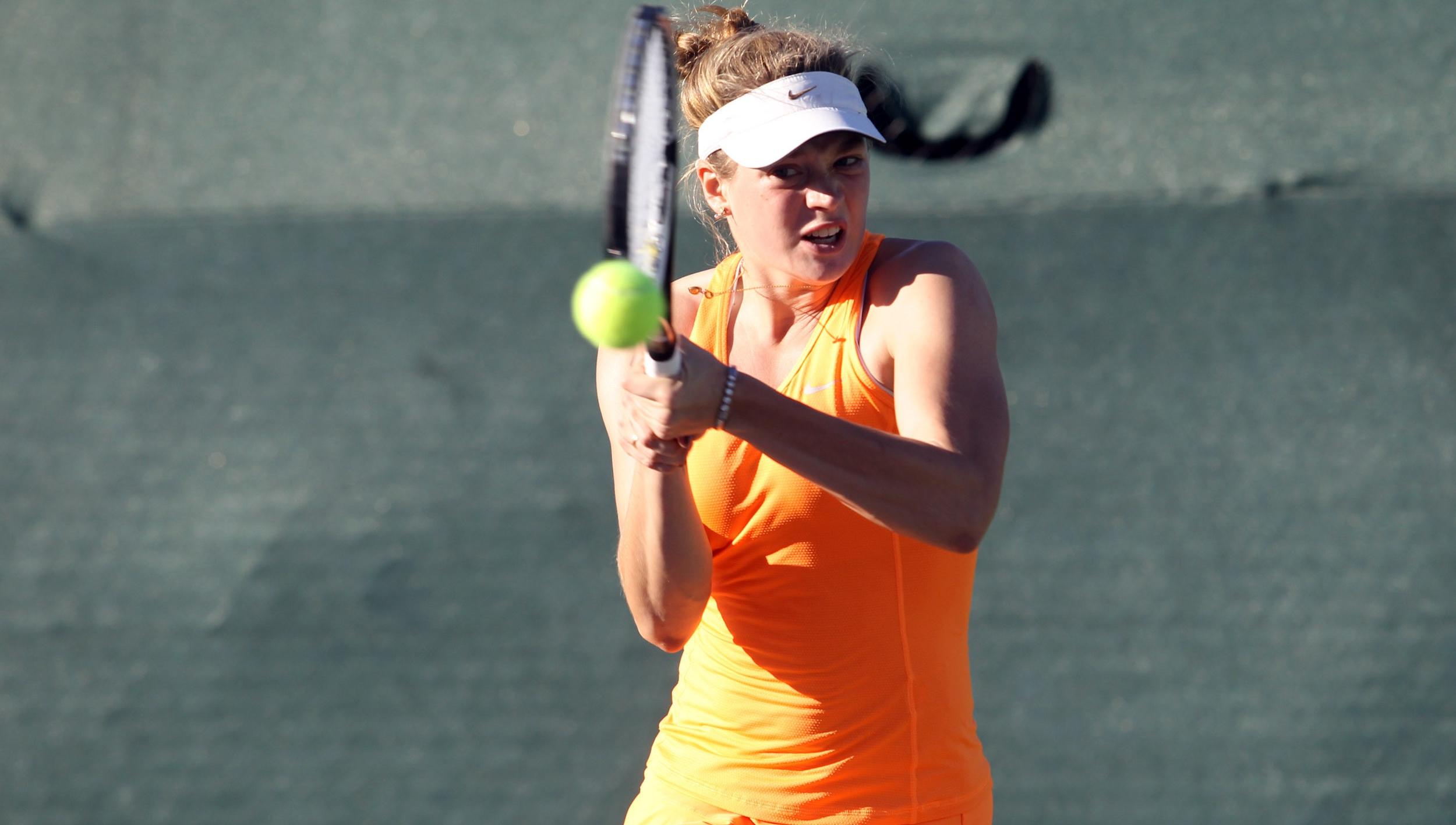 CLEMSON, SC – After taking a tight doubles point in a tiebreaker on court one, 15th-ranked Clemson fell in straight sets on four singles courts in a 4-3 defeat to No. 16 Miami (16-4, 10-2 ACC) on Sunday at the Hoke Sloan Tennis Center. Jessy Rompies and Romy Koelzer claimed singles wins for Clemson (18-5, 10-2 ACC), who had suffered just nine singles defeats in ACC play all season entering Sunday.

The road gets no easier for the Tigers who play No. 1 Duke on Thursday at 2:30 p.m. and No. 3 North Carolina on Saturday at 12 p.m. to close the regular season. Clemson has now dropped 13 straight matches to the Hurricanes dating to Feb. 18, 2000.

In thrilling action, Clemson captured the doubles point with wins on courts one and two. Playing together for the first time this season, Beatrice Gumulya and Tristen Dewar won 8-5. Individually, it was the 20th doubles win of the season for Dewar and 24th for Gumulya. Romy Koelzer and Yana Koroleva, also playing for the first time this season, won an exhilarating 8-7 match on court one, with an 8-6 mark in the tiebreaker. In back and forth action, the Tiger duo fought off two match points to clinch the match.

The Tigers were not able to carry over that early momentum into singles play, however, as Miami claimed straight-set wins on courts one, three, four and six to clinch the match. Rompies grabbed a 2-6, 6-4, 6-2 comeback win on court five for Clemson’s first singles win. The win was her fifth in a row and 10th in conference play. The highlight of the match, though, occurred on court two. After winning the first set, Koelzer lost the second set 4-6 and fell behind 5-0 in the third. She then rattled off seven straight game wins to win the third and decisive set 7-5. The win was her 11th in a row, a current team high and personal best.