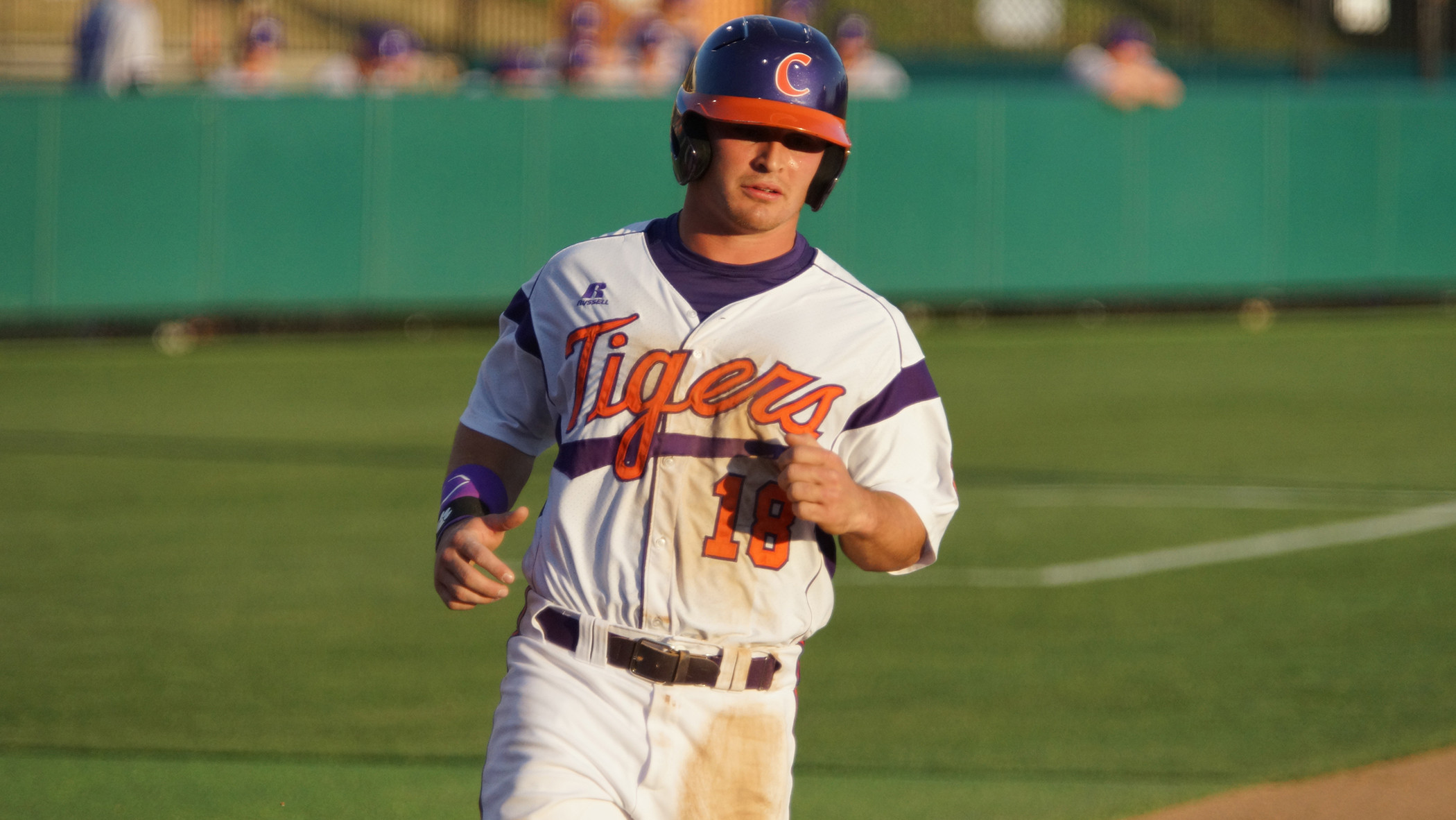 CLEMSON, S.C. – A five-run sixth inning broke open a close game in No. 15 Clemson’s 13-2 victory over Furman at Doug Kingsmore Stadium on Tuesday night. The Tigers (18-9) took a 1-0 lead in the home-and-home season series over the Paladins (11-18), as the two will play at Fluor Field in Greenville on May 13.

The Paladins scored an unearned run in the top of the first inning, then Clemson responded with single runs in the bottom of the first and second. The Tigers broke the game open with five runs on four hits in the sixth inning, highlighted by Weston Wilson‘s two-run double, then scored three runs in both the seventh and eighth innings. Wilson led the Tigers at the plate by going 3-for-3 with a double and three RBIs.

“Zack did a nice job slowing things down and put up a lot of zeroes on the board,” said Head Coach Jack Leggett. “Clay Bates did a nice job and then Wales (Toney) did his thing.

“We didn’t play very good the first five innings. We didn’t execute offensively very well and the pace of the game wasn’t the way we need to have it. After that, we started playing some baseball. In the sixth, seventh and eighth innings, we started playing pretty good.”

Clemson hosts Winthrop on Wednesday at 6:30 p.m. Fans can get a Family Four Pack of tickets (two adults, two youth) for only $20 at ClemsonTigers.com or at the gate.