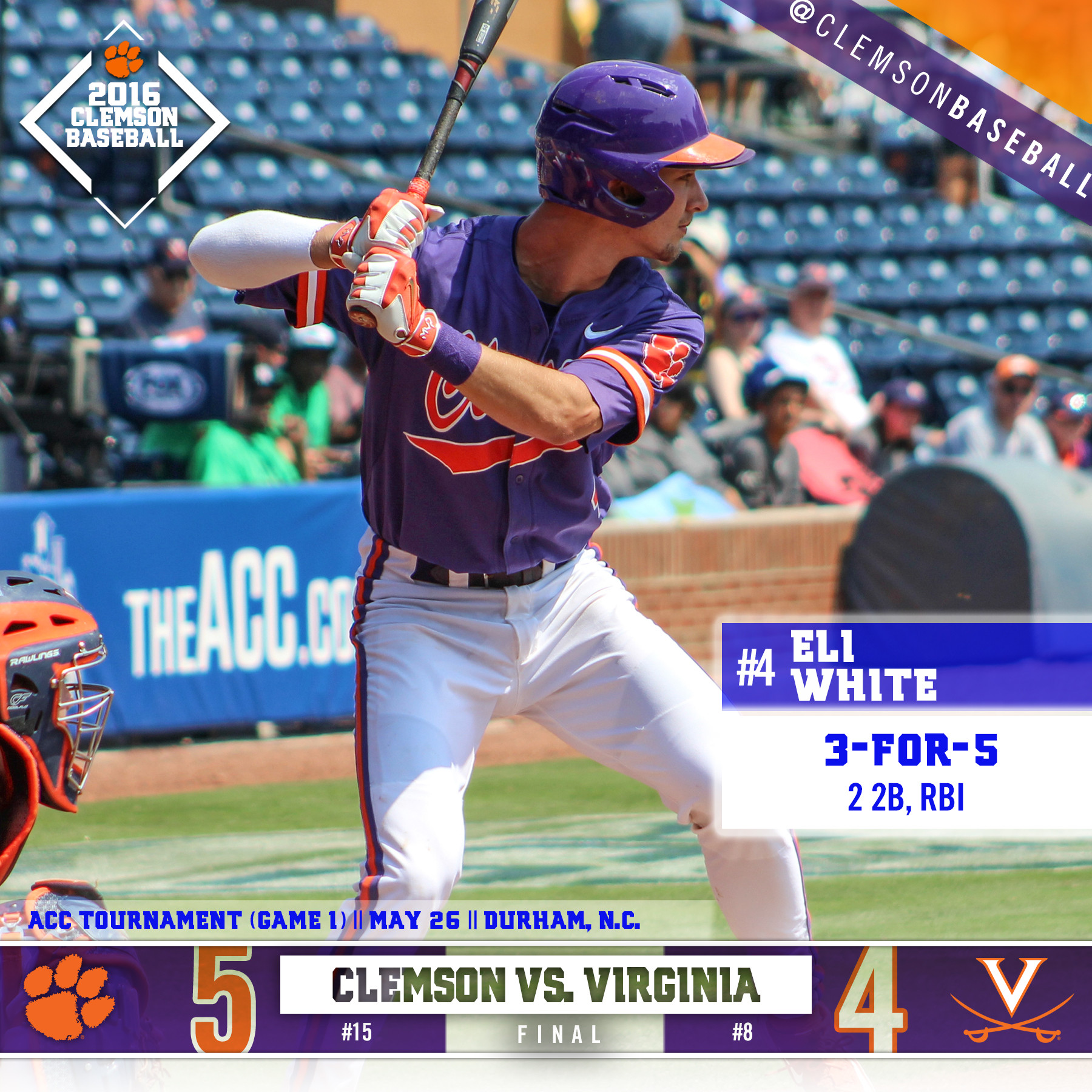 DURHAM, N.C. – Chase Pinder’s sacrifice fly in the ninth inning lifted No. 15 Clemson to a 5-4 win over No. 8 Virginia in the ACC Tournament at Durham Bulls Athletic Park on Thursday. The Tigers, who improved to 1-0 in the tourney, upped their record to 39-18 and won their sixth game in a row, while the Cavaliers, who fell to 0-1 in the tournament, dropped to 36-19.

Weston Wilson hit a run-scoring double in the top of the second inning, then Daniel Pinero belted a solo homer in the bottom of the second inning to tie the score. In the fifth inning, Mike Triller, making just his third start of the year, laced an opposite-field, two-run homer on a 1-2 pitch, his second long ball of the season. Later in the frame, Eli White lined a two-out, run-scoring double. The Cavaliers lifted back-to-back sacrifice flies in the sixth inning, then Matt Thaiss crushed a leadoff homer in the eighth inning to tie the score. But Chris Williams led off the ninth inning with a single and came around to score on Pinder’s sacrifice fly to deep left-center.

The Tigers play No. 2 seed Louisville on Friday at 11 a.m., on RSN and ESPN3 (subject to blackout). Clemson is the designated home team and will occupy the third-base dugout.