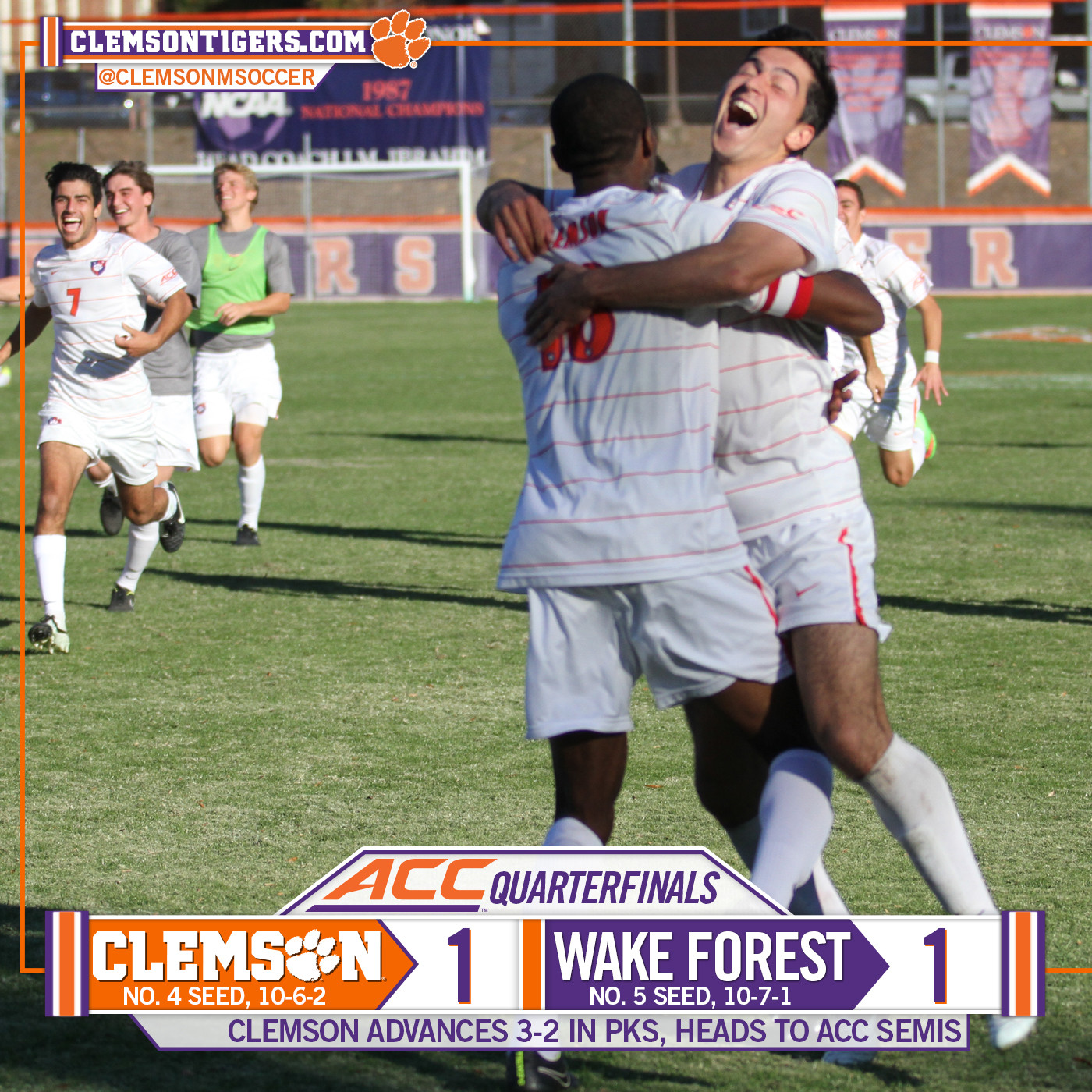 No. 14 Clemson Moves Past No. 18 Wake Forest in Penalty Kicks, Advances to ACC Semifinals

Senior captain Phanuel Kavita scored the winning goal in the fifth round of the penalty kick shootout. Prior to that, senior Ara Amirkhanian and sophomore Thales Moreno both scored. Redshirt junior goalkeeper Chris Glodack saved three shots in the shootout.

Wake Forest scored their only goal of the game in the 53rd minute, an own goal by Clemson. Tiger goalkeeper Andrew Tarbell saved a Wake Forest corner kick. After the save, the ball bounced off a Clemson defender back into the net.

Clemson freshman Diego Campos scored his second goal of the season in the 60th minute. Campos took a cross from junior T.J. Casner, who picked up his team-leading sixth assist of the season on the play, and buried the shot in the bottom left portion of the goal from eight yards out.

Tarbell played all 110 minutes in goal for Clemson, his 13th start of the season. He saved two shots. Glodack saw action in his seventh match this season. As a team, Clemson out-shot Wake Forest 14-7. The Tigers had 13 corner kick opportunities to Wake Forest’s two.

Clemson advances to the ACC Men’s Soccer Championship semifinals with the win. The Tigers will face No. 1 seed Notre Dame on Friday, Nov. 14 in Cary, N.C. The match will kickoff at 5:30 p.m. and will be broadcast live on ESPN3.