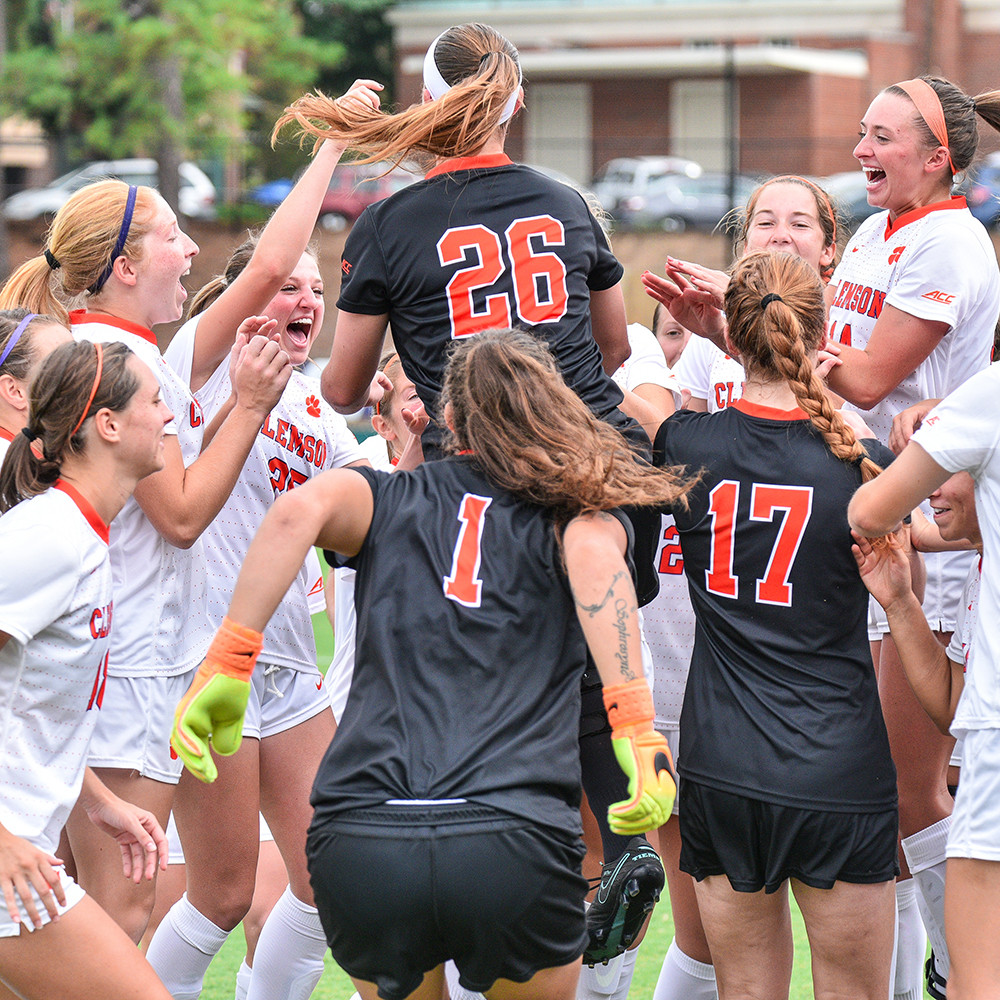 No. 13 Tigers Tie Hokies 2-2 in Double OT in Blacksburg Saturday

CLEMSON, S.C. – The 13th-ranked Clemson women’s soccer team tied Virginia Tech by a score of 2-2 in double overtime in Blacksburg, Va. on Saturday night. The double-overtime tie was the second in two-straight matches for the Tigers, who are now 8-2-2 overall and 2-0-2 in ACC play, while the Hokies move to 8-4-1 (0-3-1 ACC).

Virginia Tech scored the game’s first goal in the 22nd minute, and took a 1-0 lead into halftime. Less than eight minutes into the second half, senior Jenna Weston picked up her third goal of the season when she headed in a cross by senior Claire Wagner to tie the game at 1-1. Then in the 65th minute, freshman Julie Mackin scored her third of the season, as senior Catrina Atanda assisted on the play, giving the Tigers a 2-1 lead.

With less than a minute remaining in regulation, an own goal against the Tigers tied the game at 2-2, sending the match to overtime. Neither team scored in the two 10-minute overtime periods, and the match ended in a 2-2 draw. It was the second-straight double-overtime draw for the Tigers, as they also tied North Carolina 1-1 on Sunday, Sept. 25 at home in Clemson. Senior Kailen Sheridan finished the contest with six saves in goal for Clemson.

The Tigers are in the midst of a stretch of three-consecutive road matches, as they head to Notre Dame on Thursday, Oct. 6 and then Louisville on Sunday, Oct. 9.

Head Coach Eddie Radwanski Quotes“We created several chances in the first half, but conceded a goal on a corner to find ourselves behind. The first 25-30 minutes of the second half we were very good. We showed good ball movement and scored two very good goals. Jenna Weston really gave us a great lift with her play. Unfortunately we conceded a goal in the last minute to force overtime.

“Give credit to Virginia Tech, they didn’t quit and battled hard. They were desperate because of their tough start in conference play, and they played that way.

“We showed great fight and lifted our game in the second half. We just need to put teams away when we have the opportunity. Getting a point on the road isn’t a bad thing, but we felt we let three points slip away. We will continue to get better.”