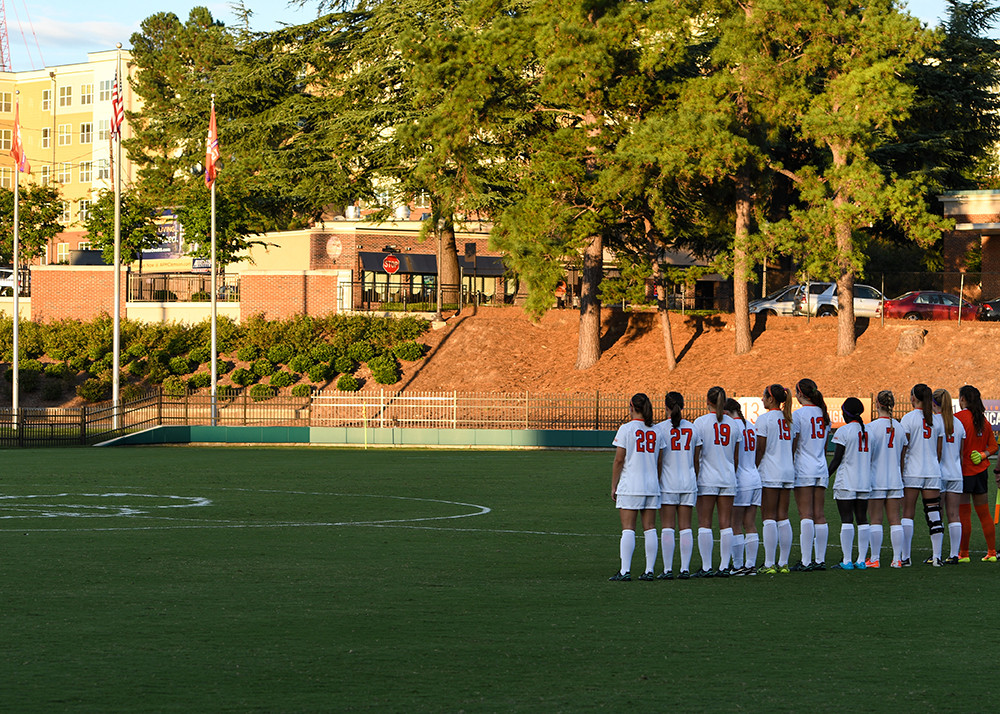 “I thought it was a pretty even game between two good teams,” said Head Coach Eddie Radwanski. “Unfortunately, the difference was that we had a lapse in concentration on a set piece, and to Notre Dame’s credit, they punished us for it. That was the deciding factor tonight. Also, our quality in the final third simply needs to be a little bit better.”

Both teams played solid on defense throughout the match, with Kailen Sheridan picking up five saves in goal for the Tigers and Kaela Little tallying six for the Irish. Notre Dame picked up the game’s lone goal in the 70th minute when Kaleigh Olmsted scored on a header off of a free kick. The goal was enough for the Irish to exact revenge over the Tigers for a 2015 contest which saw Clemson defeat Notre Dame 1-0 in double overtime at Historic Riggs Field.

While Clemson garnered a few good scoring opportunities with two corner kicks, two free kicks and a deep throw-in in the final seven minutes of the match, the Tigers were unable to score the equalizer. For the contest, Notre Dame led Clemson 14-10 in shots, however shots on goal were even between the two teams at six apiece. Senior Catrina Atanda picked up two of the Tigers’ six shots on goal. Each team also earned three corner kicks in the contest.

Clemson will remain on the road, as they travel to Louisville, Ky. to face the Cardinals on Sunday, Oct. 9 at 1 p.m. It will be the third consecutive ACC road match for the Tigers.