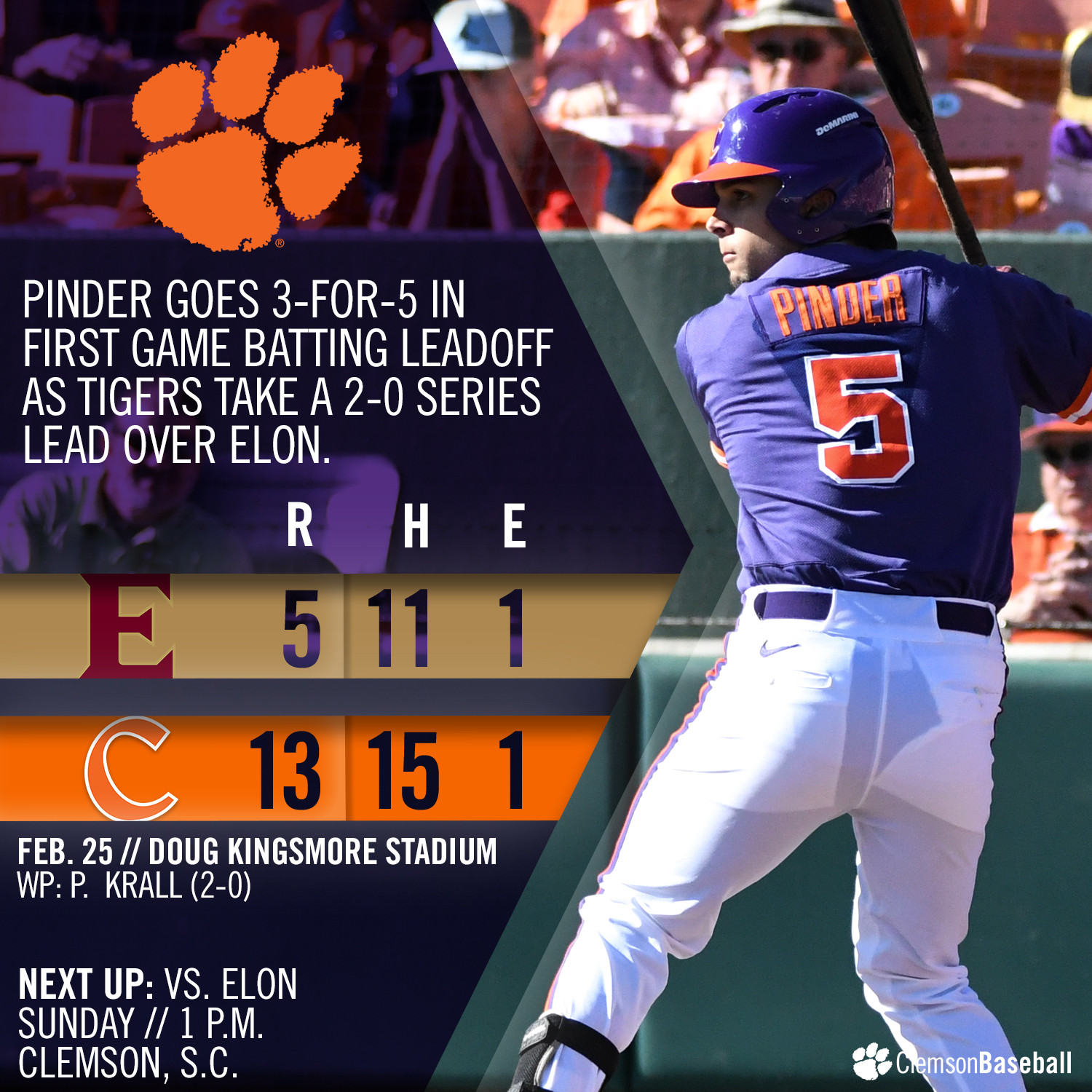 CLEMSON, S.C. – No. 12 Clemson scored in each of the first seven innings and cruised to a 13-5 victory over Elon at Doug Kingsmore Stadium on Saturday afternoon. The Tigers, who took a 2-0 lead in the series, improved to 4-2 on the season, while the Phoenix dropped to 3-3.

Clemson scored four runs in the first inning, highlighted by Logan Davidson’s two-run single. After a two-run second inning, the Tigers added two more runs in the third inning on Chase Pinder’s two-run double. Clemson plated a run in the fourth inning, two runs in the fifth inning and single runs in the sixth and seventh inning. Pinder, Reed Rohlman and Robert Jolly had three hits apiece to pace the 15-hit performance.