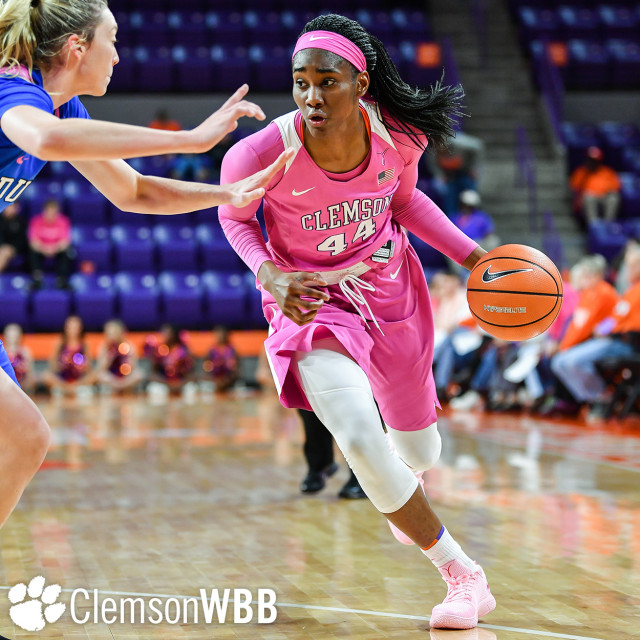 No. 12/12 Florida State’s Offense Too Much for Tigers on the Road

TALLAHASSEE, Fla. – The Clemson women’s basketball team suffered a 91-43 road loss to No. 12/12 Florida State on Thursday evening at the Tucker Center in Tallahassee, Fla. With the loss, the Tigers dropped to 11-16 (1-13 ACC), while the Seminoles, who had six players in double figures in the game, improved to 22-4 (10-3 ACC).

The Tigers hung with the Seminoles in the first quarter, trailing 10-17, thanks in part to four points, three rebounds, one blocked shot and one steal from sophomore Kobi Thornton in the first 10 minutes of play. The Seminoles used a 20-8 second-quarter run to open up a 19-point lead at halftime, 37-18.

The ‘Noles extended the lead with a 28-point third quarter, which included 15 points by 2017 ACC Player of the Year Shakayla Thomas, who finished the game with 19. Thornton added eight more points in the third quarter, and posted 17 for the game. She also added six rebounds, third blocked shots, two steals and one assist, playing a team-high 37 out of 40 minutes in the game.

Clemson returns to action on Sunday, Feb. 18 for the final ACC regular season road game, against Virginia Tech. The Tigers and Hokies tip off at 2 PM at Cassell Coliseum in Blacksburg, Va.