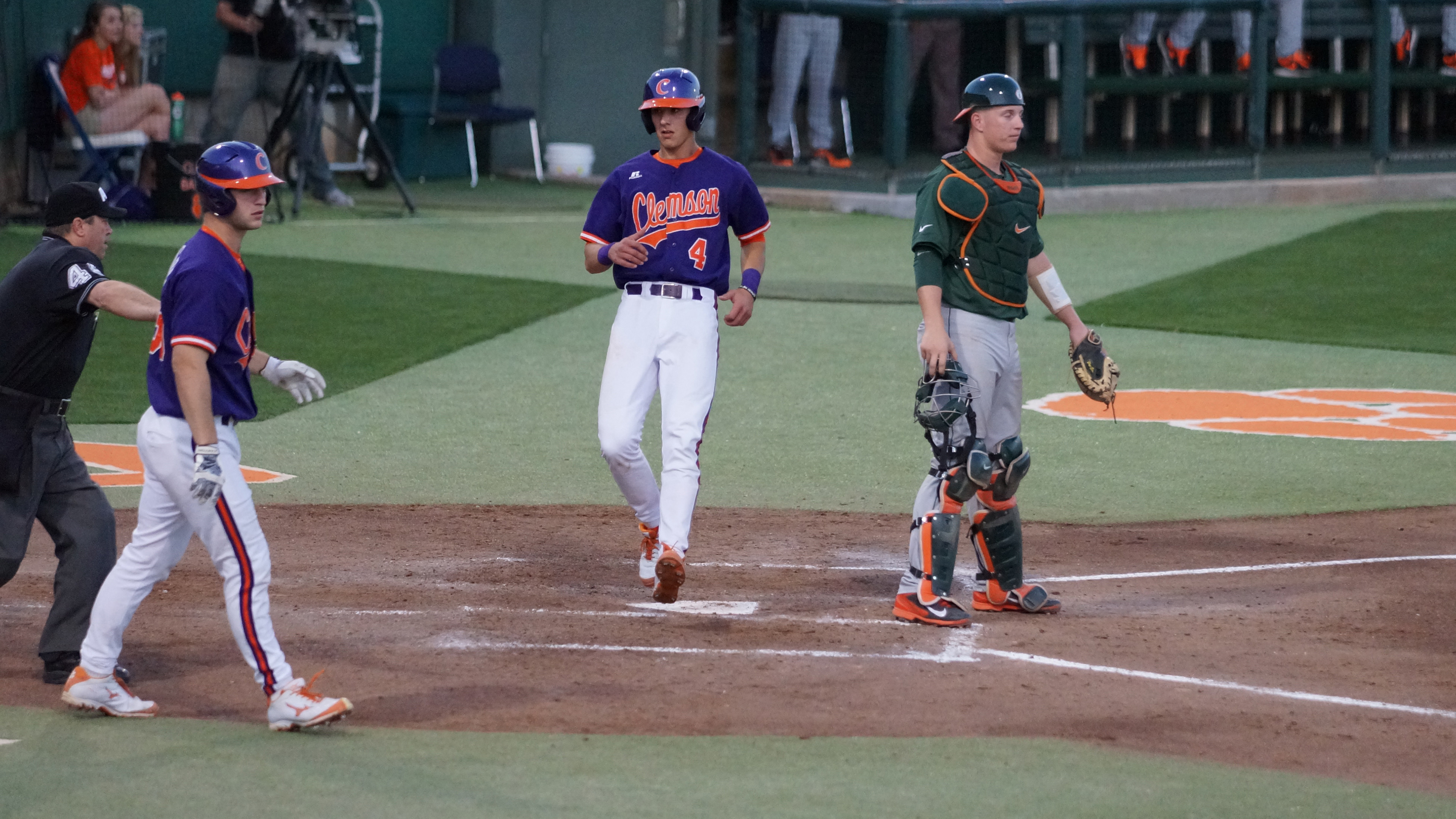 “I thought we had a good approach and we hit some balls hard, but we didn’t have much to show for it, which is frustrating,” said Head Coach Jack Leggett. “We had some guys on base and had some opportunities, but we just didn’t get the big hits.

“They were just a little better than us tonight. They played good defense. They didn’t give us many opportunities, and that’s what you can expect from them. We need to come up with the big hit.”

The Hurricanes took a 1-0 lead in the third inning when Ricky Eusebio was hit-by-pitch with the bases loaded and two outs. The Tigers scored two unearned runs in the fifth inning when Tyler Krieger‘s one-hopper to first with two outs was booted, but Miami responded with two runs in the sixth inning, capped by Dale Carey’s run-scoring, safety-squeeze bunt, to take the lead for good. Zack Collins added a two-run homer in the ninth inning.

The series continues Saturday at 7 p.m. on CSS and ESPN3.