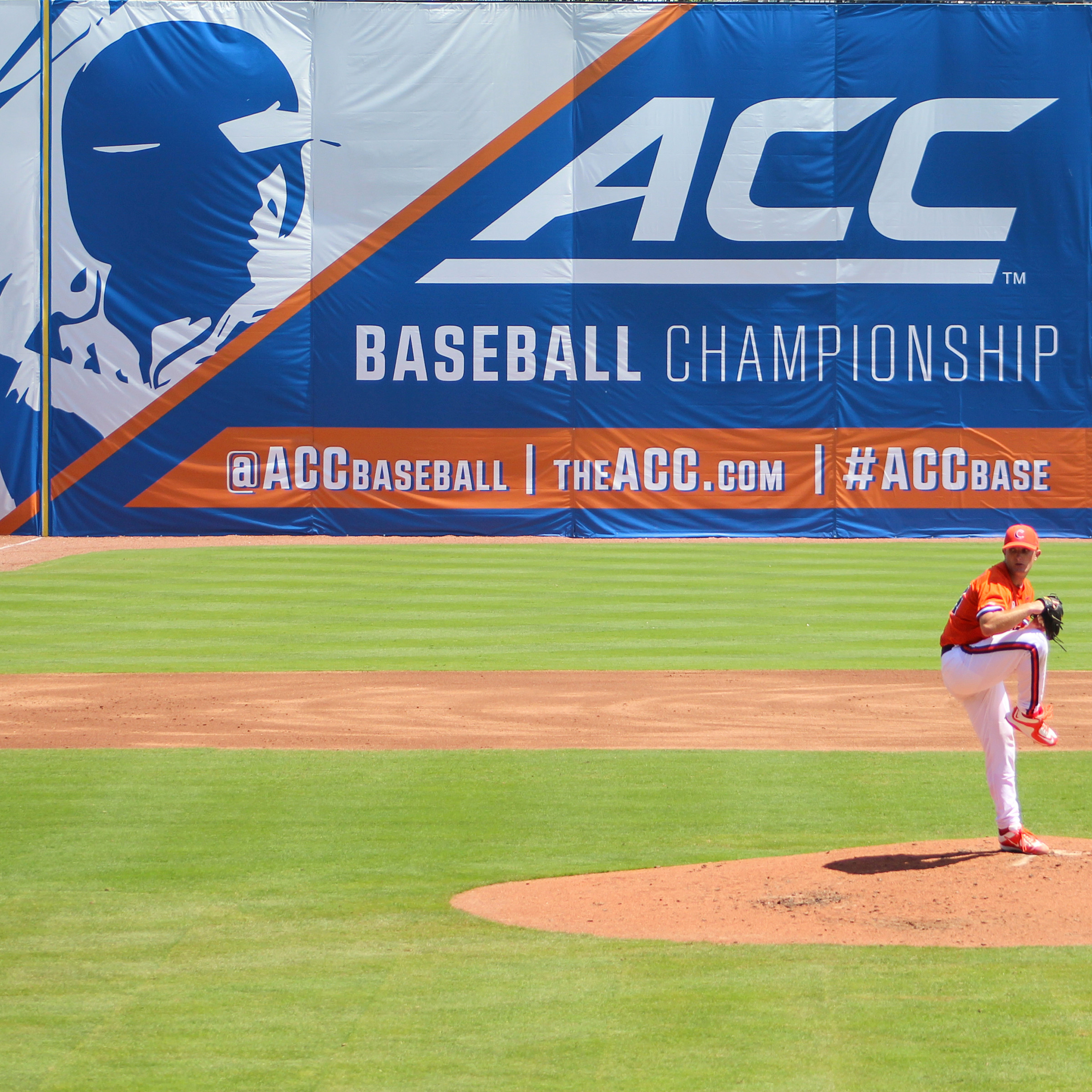 DURHAM, N.C. – Boomer Biegalski pitched 6.1 scoreless innings to lead No. 10 Florida State to a 3-1 victory over Clemson in the ACC Tournament at Durham Bulls Athletic Park on Wednesday. The Seminoles, who improved to 1-0 in the tournament, upped its record to 38-19. The Tigers, who fell to 0-1 in the tourney, dropped to 31-26 on the season.

Biegalski (6-4) earned the win by allowing just four hits, no runs and one walk with seven strikeouts in 6.1 innings pitched. Billy Strode pitched the final 1.2 innings to record his 13th save of the year. The three Seminole pitchers did not allow a leadoff batter to reach base. Tiger starter Matthew Crownover (10-2) suffered the loss, as he gave up three hits, three runs and three walks with eight strikeouts in 7.0 innings pitched. Crownover only allowed three Seminoles to advance past first base, but all three scored.

With two outs in the third inning, DJ Stewart hit a two-run triple off the wall just out of the reach of Reed Rohlman in left field, then Quincy Nieporte followed with a run-scoring single. The Tigers loaded the bases with one out in the seventh inning, but the Seminoles turned an inning-ending 3-6-3 double play. Clemson scored a run in the eighth inning on Chris Okey’s groundout, but the Tigers left two runners in scoring position again.

“We did have some chances against their pitcher, who was pitching very well,” said head coach Jack Leggett. “He was ahead in the count all day long. And his changeup was a really good out pitch. When he gets ahead in the count, it makes him very effective. We still had some opportunities, but didn’t come up with the big hit when we had to.”

The Tigers play No. 1 seed Louisville on Thursday at 3 p.m. on RSN and ESPN3. Clemson is the designated home team and will occupy the third-base dugout.