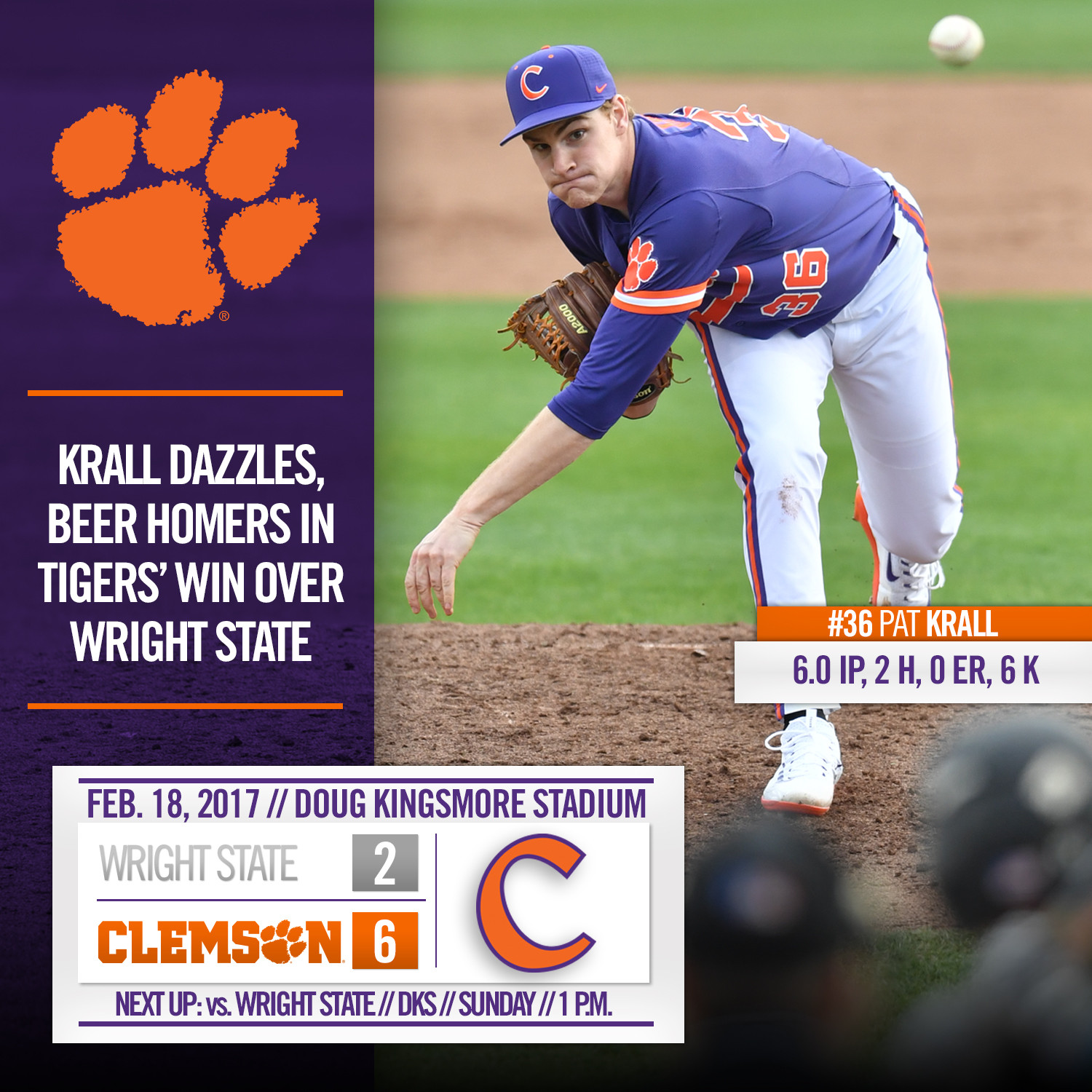 CLEMSON, S.C. – Seth Beer’s three-run homer in the third inning and Pat Krall’s 6.0 strong innings pitched led No. 10 Clemson to a 6-2 victory over Wright State at Doug Kingsmore Stadium on Saturday afternoon. The Tigers, who evened the series 1-1, improved to 1-1 on the season, while the Raiders fell to 1-1.

The series concludes Sunday at 1 p.m., on ACC Network Extra. Kids can join the players on the field for the national anthem.