Nimmer, who had a tournament best second round 66,  was declared co-medalist along with Benjamin Shipp of NC State and Marcus Byrd of Middle Tennessee State. It was quite a comeback for Nimmer, who had an opening round 74 and was in 38th place after the first round.

Earlier this year, Nimmer won the Carpet Classic in Dalton, Georgia and the Maui Jim Collegiate in Scottsdale, Arizona. His three victories are now tied for the most in an academic year in Clemson golf history. D.J. Trahan won the Carpet Classic, the Jerry Pate Intercollegiate and the NCAA East Regional in 2001-02.

Nimmer has been invited to the Puerto Rico Open on the PGA Tour this weekend and he will compete in that event as an amateur.  It will be his first professional tournament.

Nimmer’s final round 70 included six birdies. He finished the 54 holes with 15 birdies, just one short of the best total in the 75-player field. His two-under par score on Tuesday was his 12th under-par round of the young season.

Clemson finished with a team total of 863, one-under-par on the par 72 course. Georgia Tech and Georgia were co-champions with 848 scores, while Oklahoma was third at 852. NC State was fourth at 856 and host school Purdue was fifth at 859. 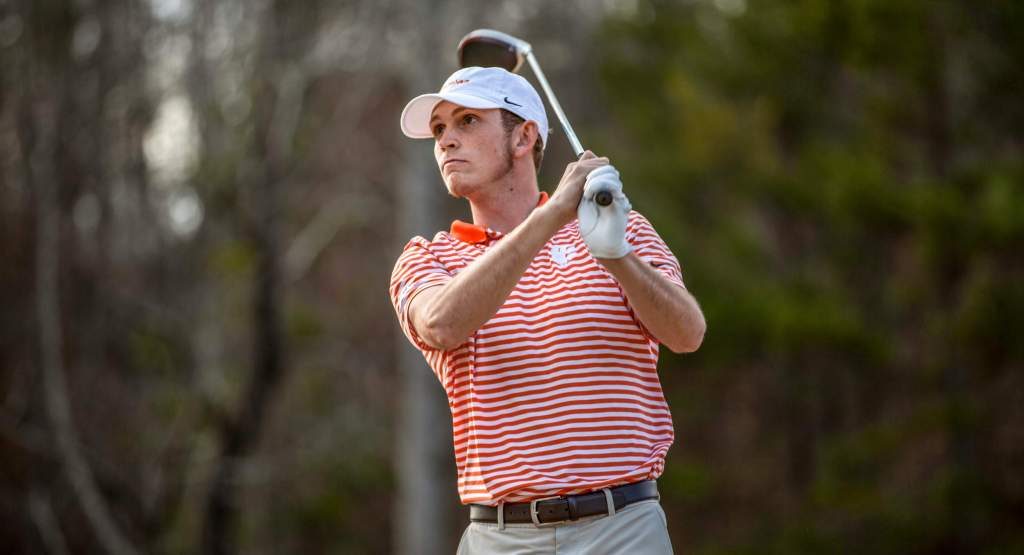 There was also an individual tournament in conjunction with the team event. Thirteen players from schools in the tournament played a separate tournament at the Ocean Course at Rio Mar Country Club. Clemson’s Jacob Bridgeman was a co-medalist of  that tournament with a 209 score, four-under-par.  He had rounds of 69-69-71. Clemson’s William Nottingham was fourth at 220 after scores of 74-76-70.

Clemson’s next tournament will be March 11-12 at the Palmetto Intercollegiate in Aiken, SC.