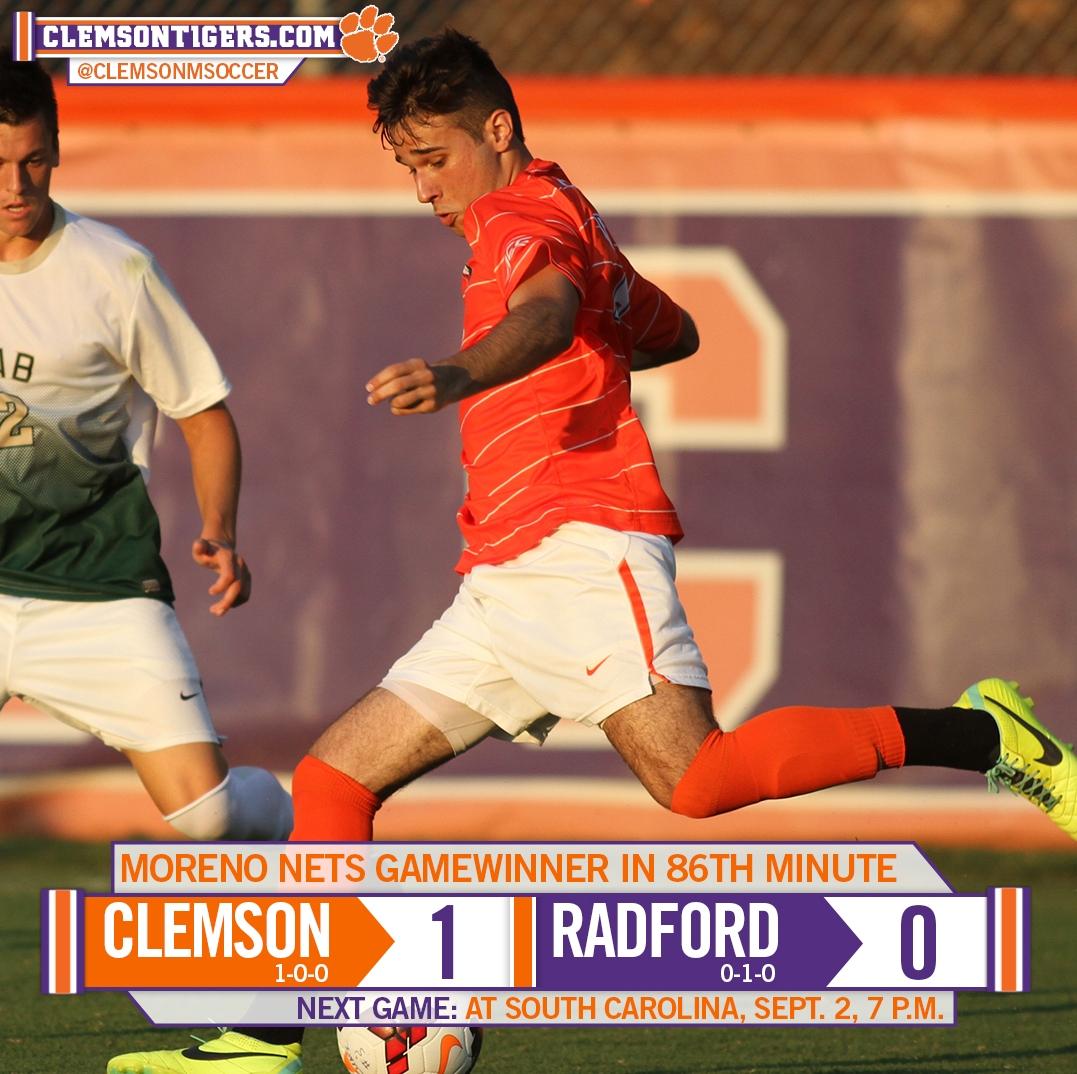 CLEMSON, S.C. – Sophomore Thales De Mello Moreno scored in the 85th minute to give the Clemson men’s soccer team a 1-0 victory over Radford Friday night at Historic Riggs Field. The game was the regular season opener for both teams. Clemson improved to 1-0-0 on the season while Radford fell to 0-1-0.

Moreno’s goal came off an assist from junior T.J. Casner. Casner passed it off to Moreno from 10 yards out on the right side, at which point Moreno knocked the shot in from 18 yards out into the upper right portion of the goal.

Clemson led Radford in the shots category 18 to five. Five of Clemson’s shots were on goal. Sophomore goalkeeper Andrew Tarbell recorded one save in the shut out and picked up the win.

The Tigers travel to South Carolina Tuesday night, Sept. 2 for a match against the Gamecocks at 7 p.m. Clemson’s next home match is Wednesday, Sept. 17 against Gardner-Webb at 7 p.m.