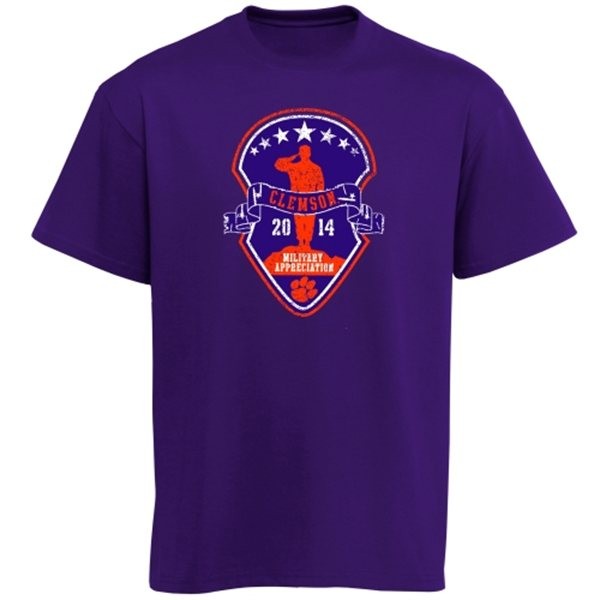 Clemson hosts its second annual Purple Out on Saturday, Nov. 22 as the Clemson Football team welcomes Georgia State on Military Appreciation Day. The Purple Out is a student driven initiative meant to represent the great significance the color purple has to the United States Military and Clemson University. It is an active way in which the Clemson community can show its support of the university’s military tradition and the United States Armed Forces.

All proceeds from sales of the shirts benefit student military organizations on Clemson’s campus, including Army ROTC, Air Force ROTC and Pershing Rifles.

Fans attending the Georgia State game are asked to wear purple for this one game only. The official Purple Out t-shirt can be purchased in Memorial Stadium on gameday, as well as at local retailers listed below. Locations to purchase the official shirt include: