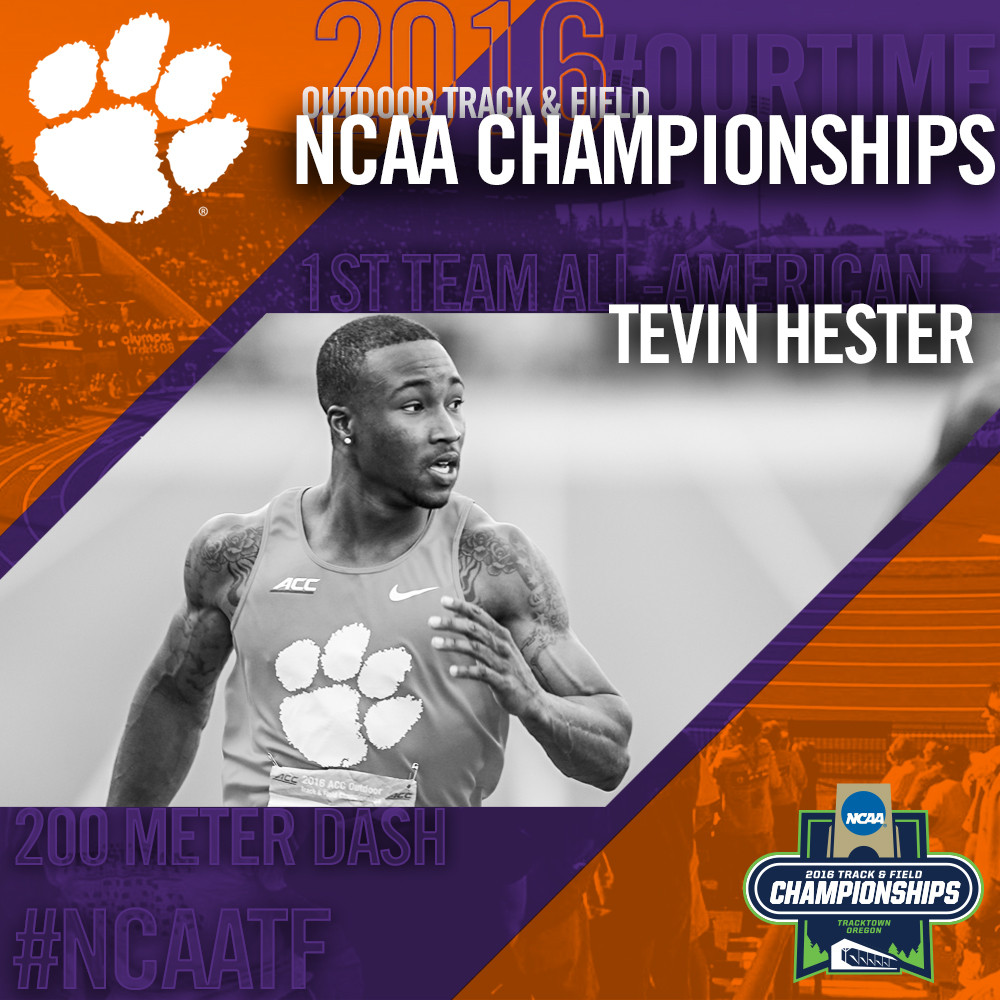 Men?s Track Comes To A Close At NCAA Championships

Hester began the third day of the championship meet with his final race as a Clemson Tiger, earning First Team All-American honors in the 200 meter dash for the fourth-consecutive season. The Oxford, North Carolina native placed sixth in the final with a time of 20.68.

Fellow senior, James Dwyer followed up with his last collegiate race in the 5,000 meter run. Dwyer clocked in at 14:44.14 to finish 24th overall and finish as an All-America Honorable Mention.

The final event of the night was the men’s 4×400 meter relay, in which Clemson took sixth place with a time of 3:04.75 to earn First Team All-America honors. However, Mississippi State was later disqualified, awarding Cordell Lamb, Michael Cheeks, Jorel Bellafonte and Jeffrey Green fifth place in the final.

Tomorrow night, Mimi Land and Anasterasia Terrell will bring the outdoor track and field season to a close as they’ll each compete in their respective field events. Land will wear the paw one last time in the high jump at 6:00 p.m. EST with Terrell taking the field not long after at 6:30 p.m. EST in the triple jump.