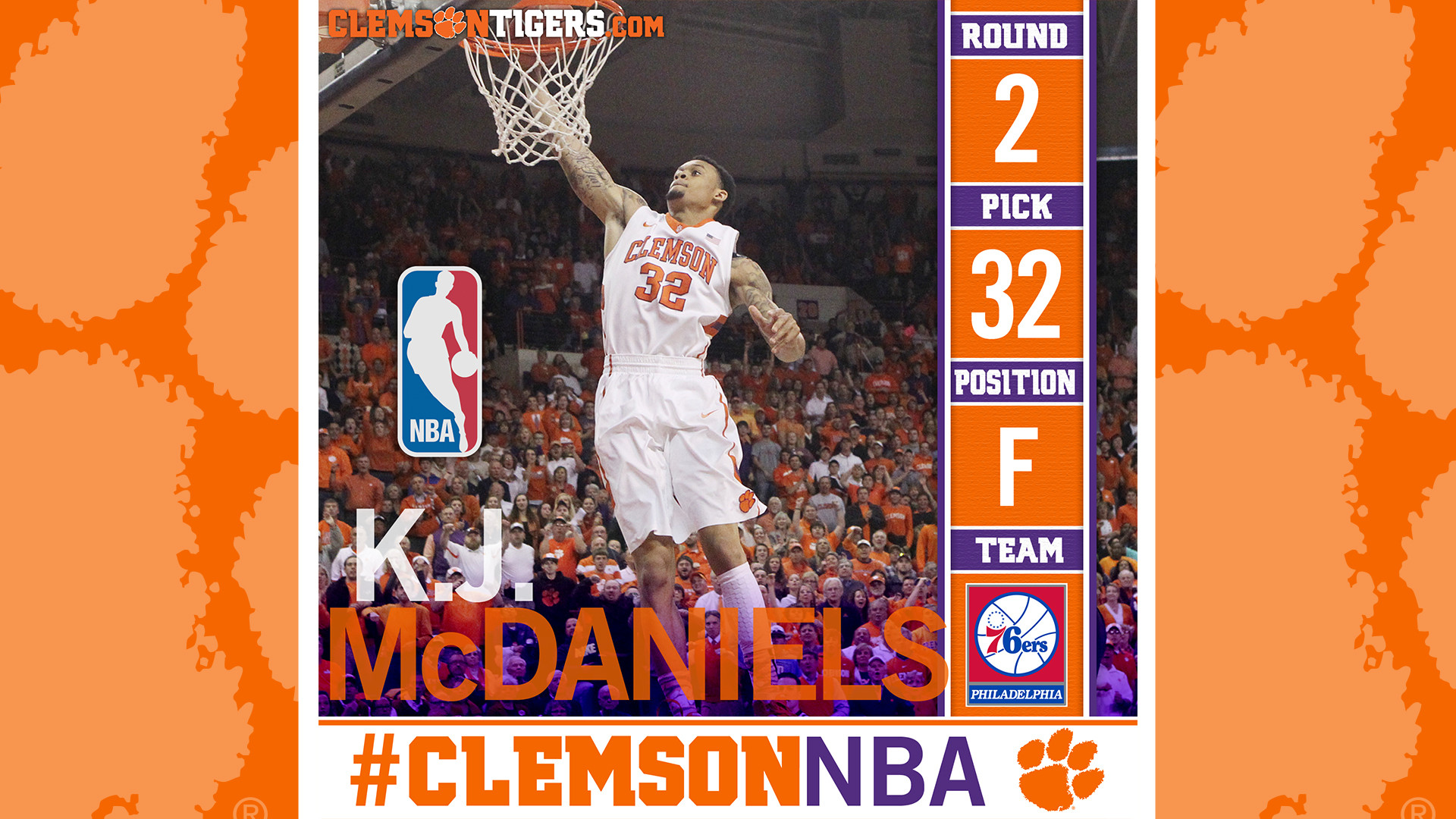 CLEMSON, S.C. – K.J. McDaniels was the second selection of the second round, No. 32 overall, by the Philadelphia 76ers in Thursday’s NBA Draft at Barclays Center in Brooklyn, N.Y.

McDaniels is the 27th player drafted in Clemson history, and first wing player selected since Will Solomon in 2001. He is Clemson’s first draft choice since Trevor Booker went 23rd overall to the Washington Wizards in 2010. He is the first Tiger taken by the 76ers since Sharone Wright went sixth overall in 1994.

McDaniels had a banner junior season, electing to come out early after earning ACC Defensive Player of the Year and first-team All-ACC honors. He blocked 100 shots – just the third player in school history to reach the century mark – and led the ACC in blocks per game for a second straight season. McDaniels was the only player in the NCAA to lead his team in scoring (17.1), rebounding (7.1), three-point goals (42), steals (41) and blocks (100).

The Birmingham, Ala., native led all ACC players in 20 & 10 games (at least 20 points and 10 rebounds) and reached double figures in the scoring column 33 times, most in a single season in school history.