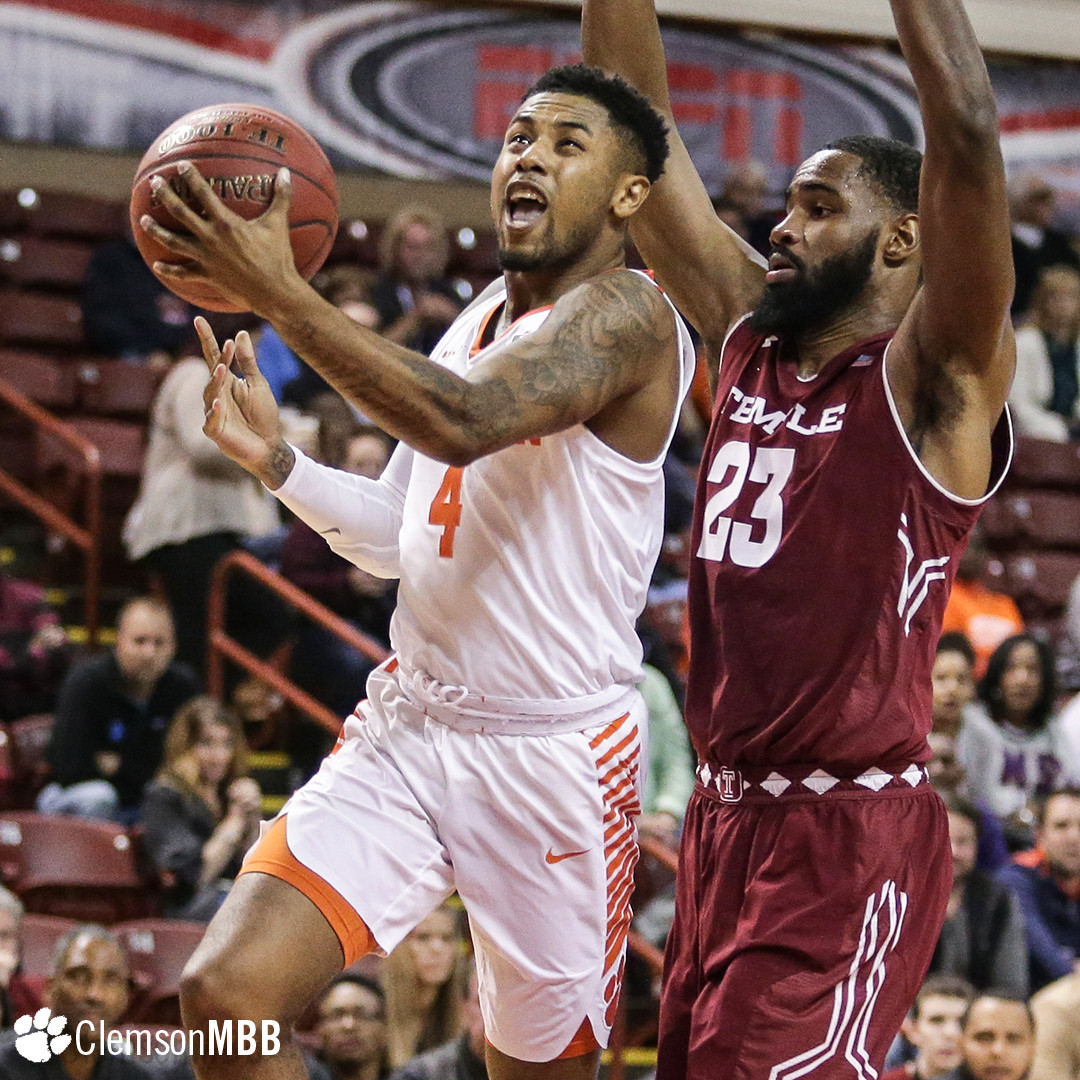 CLEMSON, S.C. — Clemson University men’s basketball dropped its first game of the season on Sunday night to Temple, 67-60, in the title game of the Charleston Classic.

The Tigers (4-1) used back-to-back threes from Grantham and Mitchell to take a 12-10 lead early on. Clemson’s largest lead came after another Mitchell three and a Grantham layup at 17-14 with 11:15 left in the first half.

In the opening half, the Owls (3-0) scored 15 points off of seven Tiger turnovers and also posted nine second-chance points after grabbing nine offensive boards to take a 37-31 lead into the break.

Temple pushed its lead to a game-high 14 points in the second half and fended off the Tigers comeback bid all the way to the end to seal the seven-point victory.

Clemson returns to the court on Friday, Nov. 24 when it hosts Texas Southern in Littlejohn Coliseum at 3 p.m.

Notes: Grantham was named to the all-tournament team … with the loss, the Tigers fell to 7-2 all-time in the Charleston Classic – having reached the final game in all three tournaments … also with the loss, Clemson falls to 2-3 all-time against Temple … Mark Donnal tied his season-high with nine points … Reed has posted back-to-back games of 7+ rebounds after having a career-high of six prior to Friday night … 16 points for Shelton Mitchell tied his season-high … the Tigers were outscored 25-7 in points off turnovers.