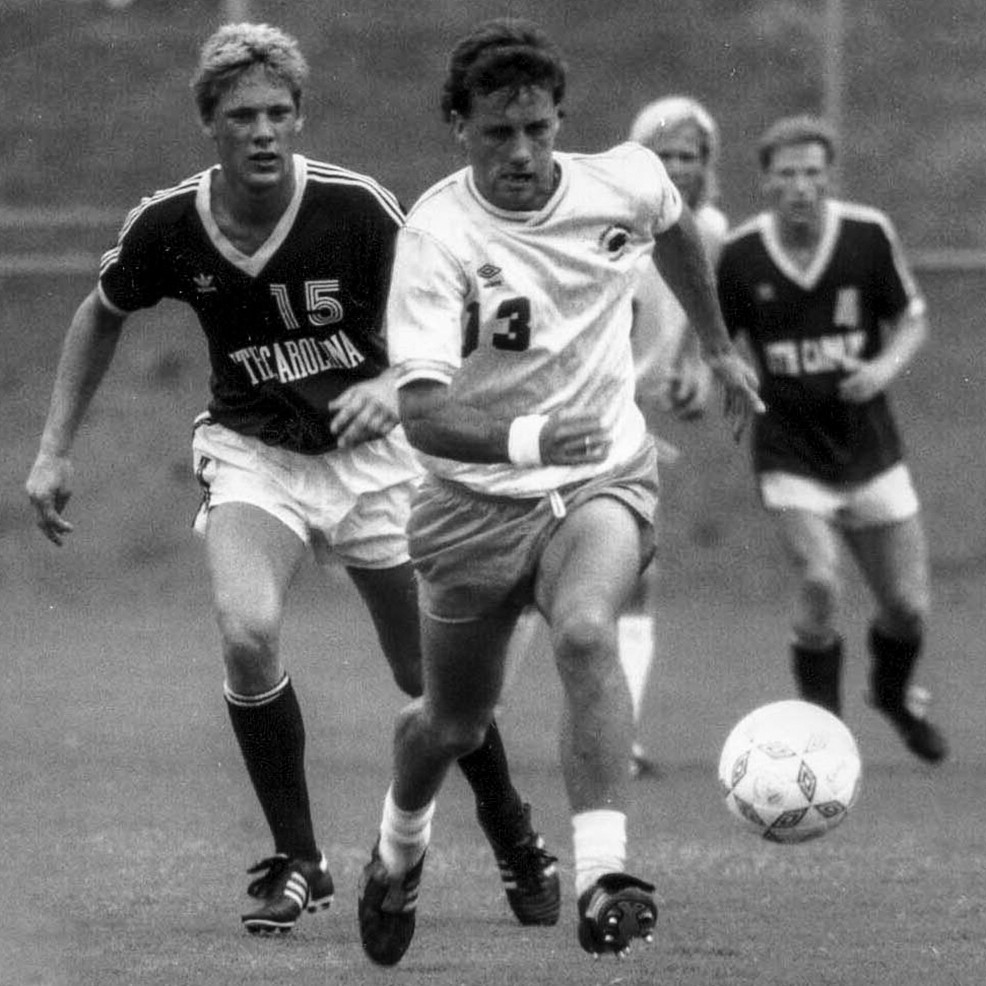 For former Clemson star Pearse Tormey, desire, dedication and attitude are the intangibles that enabled him to be one of the best soccer players in Tiger history. Evidence of this was being a two-time All-American and First-Team All-ACC performer in 1989 and 1990. This fall, he will be inducted into the Clemson Athletic Hall of Fame.

Tormey finished his Clemson career (1987-90) with 40 goals and 41 assists. He is one of very few to be a member of the 40/40 club nationally. Teammate and former star Bruce Murray is the other Tiger to reach the milestone.

His motivation and work ethic are products of his Irish background. He came to Clemson from Drogheda, Ireland in 1987 and helped lead the Tigers, as a freshman, to their second national championship in four years.

Clemson soccer fans remember him best for his tremendous play in the 1987 NCAA Tournament. He started all five tournament matches and finished with three goals and three assists. In the semifinal match, Tormey scored two goals and had one assist in the Tigers’ 4-1 win over North Carolina. He also assisted Bruce Murray on the game-winning goal to upset top-ranked Indiana and scored Clemson’s first goal of the playoffs against Evansville.

One of the reasons Tormey chose Clemson was because it reminded him of his home – a quiet, friendly atmosphere that allowed him to grow as a person.

“In the summer of 1987, I was looking for different ways of coming to America,” said Tormey. “I had a strong desire to play collegiate soccer in America. My father reached coach I.M. Ibrahim and found out they were offering scholarships.

“In April of 1987, John Rootes (then an assistant soccer coach at Clemson) came over to Ireland. He watched us practice and came to two or three of our games. He later offered me a full scholarship to come to Clemson.

“I am very thankful to coach Ibrahim for giving me the opportunity to play soccer at Clemson and receiving a great education. I am also very thankful to my father and mother and wife, Noeline, who have supported me in everything I do.”

Ibrahim was grateful that Tormey came to Clemson, as stated in an earlier interview.

“Pearse had an outstanding career. He had a tremendous determination to be successful. He was an outstanding, humble and a hard-working striker. He was always so eager to succeed on and off the field.”

As is the case of many successful athletes, Tormey learned the game at an early age. In Ireland, soccer’s popularity is comparable to football in America.

“In Europe, it’s a little different. Soccer’s popularity is the same as basketball, football or baseball here in America. We would put our shirts down for goals and played soccer right in the streets. When cars would come by, we would have to run and pick up our shirts so they would not get run over.”

The All-America striker adopted to the American lifestyle and has enjoyed a very successful coaching career on the youth level.

“In Ireland, the culture trains and motivates you towards getting into the real world and getting a job right away after only a few years of school. The American society is much different. The Clemson experience has definitely helped me and I am so glad I received my degree from Clemson.”

“I really enjoy coaching and developing young players. It’s great that I get paid for something that I thoroughly enjoy. I am so thankful to be a Clemson alumnus and I love being part of the Clemson Family.”